NewsBlaze News
Home Thoughts Opinions Save the American Constitutional Republic: A Message to All Good Americans

The Biden government and the Democrat Party are modern slave owners. Their Marxist policies are modern enslavement of the American people. All good Americans who love and care about their country must help to save the American constitutional republic, because the Democrats are working to destroy it.

We do not need to ride on their indoctrination policy through Critical Race Theory (CRT) history and the American slaves’ owners past because we are currently riding along with their wave of enslaving the American people’s through their behemoth Marxist government.

Radio host Mark Levin and the author of the book American Marxism is not a modern Spartacus, the gladiator who, along with Crixus, Gannicus, Castus, and Oenomaus, was one of the escaped slave leaders in the Third Servile War, a major slave uprising against the Roman Republic. All sources about Spartacus agree that he was a former gladiator and an accomplished military leader. 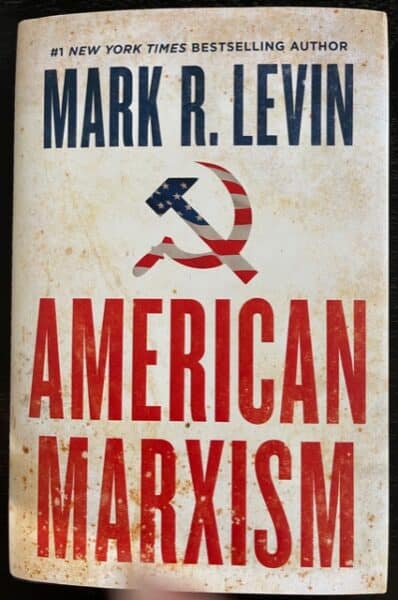 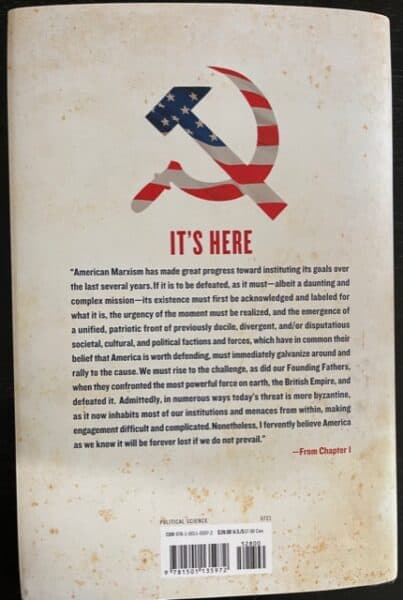 BUT, through his loud public voice on radio, TV and books, Mark Levin makes it possible for all good Americans, those the Democrats call ‘deplorables’ and ‘Neanderthals’ to make an impact to thwart the Marxist Democrat Party (MDP) and save our beloved American Republic. For eternity American history books will tell our story – the SPARTACUS! – The story of those who rose up to save the Republic while shouting, “I AM SPARTACUS!”

Levin notes that Marxists have infiltrated American politics, education, and culture. He says the aim of American Marxists is to destroy American history and American values. To destroy Americanism. They also want to do away with capitalism, the constitution, the republic and family life. To do away with the way of life the American Founding Fathers bestowed upon us, We, the People, through their brilliant Bill of Rights. American Marxists believe in radical government intervention and they oppose meritocracy. They promote equality of outcome rather than equality of opportunity.

One way that American Marxists try to destroy the republic is to promote income redistribution through welfare, food stamps, and other programs. Their aim is to diminish American individualism in favor of group rights. That takes away almost all incentive to work hard and take every opportunity to advance. American Marxism is turning the American society into a Marxist one.

The American Left, if any remains, formerly liberal, now goes along with those who push Marxism. They are tricked by Marxists in democrat’s costume who attack the same enemies. They are supposed to be the smart ones, but they can’t see they are being played for fools. The Left has turned progressivism into regressivism, into a movement, into a religion, a cult. It destroys everything, while seeking radical change in government and society through an increased role for government.

Help Save the American Constitutional Republic

I recommend people buy Mark’s book, ‘American Marxism’ or borrow it from the library. Tell your family and friends to buy it or borrow it from the nearest library. Read the book, more than once; then talk about what the book says to anyone you can and who will listen. AND, most of all, act on ideas in the book’s last chapter ‘We Choose Liberty‘ – page 242. This chapter contains important countermeasures that We, the People, can take including measures against the 19 Republican Senators who betrayed conservative Americans. On August 10, 2021, those 19 Republican Senators voted FOR the Infrastructure Bill that supports and advances Socialist agenda, the building blocks that will turn the United States into a socialist-Marxist failed country. And they lie to us, We, the People. Very little in this bill is allocated for real infrastructure spending.

Also make efforts to help form committees of citizens to take action, individually or in groups, that each of us can commit to, with a reasonable amount of time, effort, and expense, with little more than “a pen and a smart phone.” Become a Spartacus! Save the Republic.

We are building a MOVEMENT to save the American Republic.