Headless Hollywood Horror! is our Greek chorus line repeated in streaming cadences of woe and boiling outrageousness! Fresh severed head rolls out of grocery bag and onto the ground on Tuesday, in Bronson Canyon Park just near the iconic 1923 Hollywood sign (the ‘Land’ was dropped in the late 1940s). The Los Angeles Police also have two hands and two feet. All they need now is the legs, arms, and torso to have a total cadaver.

With the hands they should be able to get some fingerprints, and with the teeth they may obtain dental records; DNA tests could be run also, but they might not have anyone to match the DNA to. Authorities do know the head belongs to a male and is perhaps a little older because of salt and pepper hair. His ethnicity is still undetermined (Reuters -Severed hands, feet found). 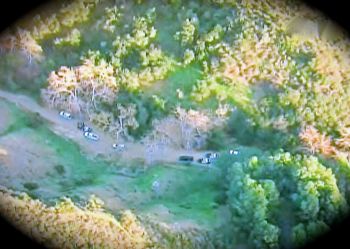 This is a very gruesome discovery for such an affluent neighborhood with such a rich history. I get the impression, from watching talk shows and reading news reports, local people (to the Griffith Park area) are in shock and disbelief, beyond any type of ordinary shock. More of a George Romero’s Night of the Living Dead kind of shock. The first thing that occurred to me was The Black Dahlia case from the ’40s, that probably was a mobster job.

Since this Hollywood Hills area is so heavily frequented, it’s not idle speculation that the perpetrator, as he dropped these sundry body parts about, here and there, most likely worked in the dead of night, possibly very early Tuesday morning, as in 3 or 4 in the morning. And I agree with Pat Brown, he probably was on foot and worked rather quickly, then got the hell out of Dodge before some unsuspecting hiker spotted him doing his dilapidated dirty dumping!

Experts in the field of crime analysis are starting to pipe out a familiar litany or MO of what may have transpired, if we might be so bold as to lift the veil of these dastardly transactions of diabolical machinations and cover-up extraordinaire. Not to baffle you entirely with quarter words or silver dollar phrases, but this looks like the work of professionals who were making a statement: ‘don’t mess with us, if you want to keep your head on!’

Or something similar. And too, maybe I’m over-extrapolating, but these evil powerful lords are saying even the rich and famous are subject to this reign of terror and intimidation, should they try to shake up these bad guys’ operation of subterfuge. That’s why the body parts were scattered right underneath a symbol of fortune and fame; American traditions that tremble beneath a barrage of organized corruption and intimidation will go the wayside of extinction. 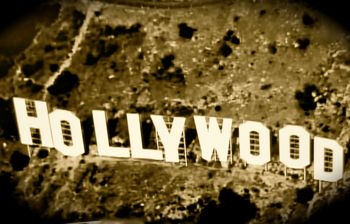 Too bad Batman’s not around anymore to take care of these rotten creatures! The Bat Cave’s been invaded by alien reptiles! A less dramatic sketch of the perpetrator would have him as a loner, a serial predator who merely lives in a humble apartment, and simply gets rid of the body in this high profile zone to make it look as if it was done by some Big Outfit. This is an equally plausible theory as it was the Mob or some Drug Cartel Conglomerate.

Whoever it is, everyone in the nation is mesmerized with fear and unimaginable personal terror, when trying to reconstruct how (or why) this could possibly have happened. Severed heads are found all the time in Mexico, but not in the mecca of our entertainment culture. Someone is playing with our heads LITERALLY! To coin a well-worn phrase: ‘Truth is Stranger than Fiction!’ Script writers need not veer away very far from the historical record in this ‘Headless Hollywood’ case.