Russia still holds on to the “Cold War” mentality by continually provoking the United States as well as other countries. The Pentagon has decried the Cold War Tactics. They said Cold War Tactics that recent Russian maneuvers of Russian aircraft used are unsafe and aggressive. The Pentagon maintains that the the U.S. craft were operating in international airspace and waters respectively. Russian officials downplayed the incidents.

Last week, a Russian Su-27 fighter barrel-rolled over a U.S. spy plane operating in international airspace over the Baltic Sea. The close call comes less than a week after Russian Su-24 jets buzzed the USS Donald Cook. In some instances coming within 9 metres of the ship’s deck while the destroyer was on a routine patrol in the area.

Navy Capt. Daniel Hernandez, a European command spokesman stated “There have been repeated incidents over the last year where Russian military aircraft have come close enough to other air and sea traffic to raise serious safety concerns, and we are very concerned with any such behavior.”

The recent fly-bys over U.S. ships and aircraft by Russian jets are nothing new. Aside from repeated incidents in recent years, especially after Russia’s intervention in Crimea and Ukraine, these “Top Gun” style tactics were a hallmark of the Cold War.

It is hard to tell what is really going on between the U.S. and Russia, because they have been supposedly “working together” to resolve the Syrian conflict. Russia may not be serious, because they are still collaborating with Syria, and there was a terrible aerial bombing of Aleppo, in which a hospital was hit.

Reports say a low-flying fighter jet fired a missile directly into the hospital. The location of that hospital is well-known, so there can be no excuse that it was mistaken for a military building. 27 people were killed, including the only remaining pediatrician in the city.

The U.S. seems to have lost its mojo, responding to Russia only by expressing outrage. 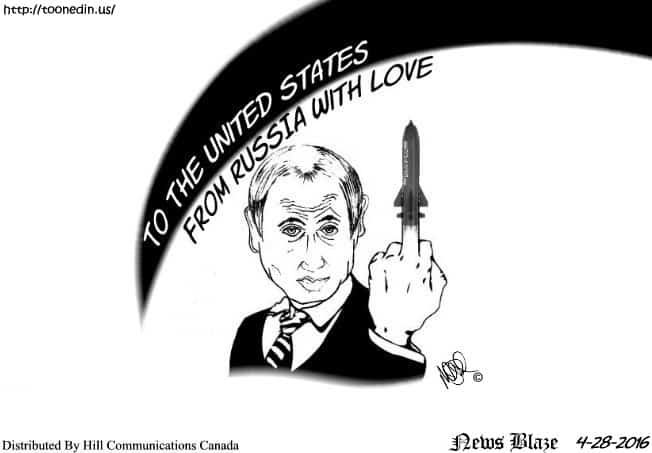