The Olympic Games arrive in Brazil during a time when the country is struggling through all types of crises. A public health emergency, a governmental breakdown and economic troubles. On June 29 the discovery of dismembered body parts were found along Copacabana Beach located where Olympic volleyball players will compete. Rio de Janeiro officials have been rushing to get everything ready for the 2016 Olympics in August. On June 17th, Rio de Janeiro’s acting governor, Francisco Dornelles, declared a financial emergency and warned that the state may not be able to comply with all of its obligations during the Olympic and Paralympic events.

The current President Dilma Rousseff has been forced out of office, and Vice President Michel Temer has been selected as interim leader for 180 days. Recently Rio has been battling a recession and the economy has shrank around 4% last year. The state is reliant on oil royalties and prior governments had awarded billions in tax exemptions resulting in depleted financial resources

The latest fallout from a financial crisis is the state social service department claims three of the sixteen government run meal centers were being completely closed and breakfast service was being dropped at five other locations. This has fueled fears about whether Rio De Janeiro can afford police officers and a subway line ahead of the Games.

The Current status of the readiness for the Olympic Games has been touted as almost 100% complete, since a senior IOC official claimed preparations for the Games as “Worst Ever” during 2014. Which lead to organizers into speeding up overall construction. Gustavo Nascimento, head of venue management for Rio 2016 has stated “Everything’s going to be ready on time. We’re going to deliver the park fully commissioned on July 24 when we welcome the athletes for training.”

The state is also embattled with the Zika virus, which has caused athletes to pull out of the Games while some countries unveiled protective uniforms. Recently more than 100 prominent doctors and professors recently wrote an open letter to the WHO urging the Olympics be postponed or moved. The current assessment remains that canceling or changing the location of the 2016 Olympics will not significantly alter the international spread of the Zika virus.

With all this turmoil Rio de Janeiro’s acting governor, Francisco Dornelles stated “I’m optimistic about the Games, but I have to show reality. We can have a great Olympics, but if some steps aren’t taken, it can be a big failure.” 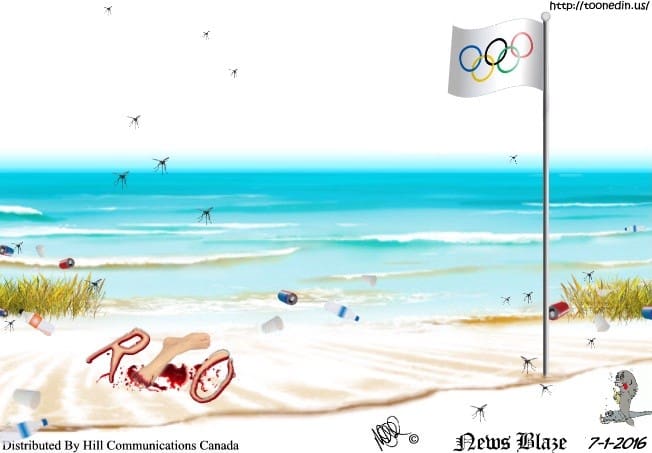