California democrats love taxes. Back in 2008/9/10, I took part in meetings with Democrat and Republican politicians.

The Republicans listened and asked many good questions and made positive contributions to the discussions. The Democrats were entirely focused on raising more taxes, no matter that doing so would destroy thousands of small California businesses.

For three years, we successfully stopped them from changing the law to create a new tax. Finally, they succeeded, and the Amazon tax was passed. It immediately destroyed thousands of small California businesses, as we predicted. Some moved to other states. Some closed their doors. Some struggled on.

In July 2011, Amazon terminated all 25,000 of its affiliates, as we had warned. All of those businesses lost income. Some had additional employees who lost their jobs. Pro-tax lobbyists estimated the state would gain around $55million in sales tax. It lost close to that in income tax from the small businesses that were making money and paying tax.

The money never came into the state at all – it went to businesses in other states instead. 25,000 small businesses didn’t get paid. The state didn’t get any sales tax, business tax or personal income tax.

That is the way California works. The Democrats just want money. They don’t care about consequences. They just listened to the paid lobbyists who kept raising their estimates for the amount of tax revenue that could be received. They got what they asked for, and the state economy kept falling, hurting a lot of Californians at the same time.

The Amazon Tax was a disaster for 25,000 small California businesses. That was back in 2011. Now, the politicians are rewarding Californians by using their taxes to support low-wage voting-age illegals. It might keep them in power for longer, but it probably won’t be good for the environment or the economy.

Californians keep electing Democrats. Perhaps it is their way of driving conservatives away. Congratulations, it seems to be working. 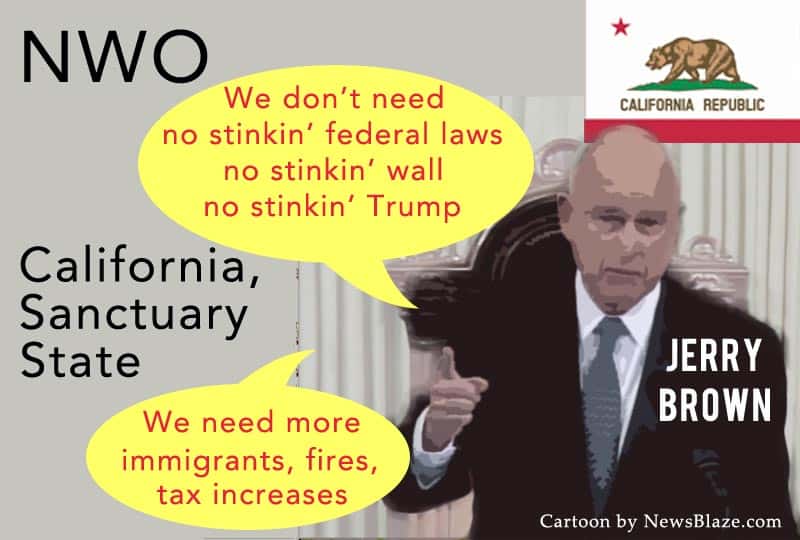