Wondering what to buy the urban hipster who has everything? How about a stuffed-and-mounted pheasant? Or perhaps a traditional mounted deer head? If your friend is game, you might even consider a full-size moose.

Taxidermy chic, once confined to trophy rooms and hunting lodges, is showing up in some unusual places-from upscale hotels to Manhattan apartments. One can only hope that this mostly ironic decorating fad has a shorter life than the animals who died to create it.

The dead-animals-as-decor movement comes at a time when most Americans say that they prefer their wildlife alive. According to the U.S. Fish and Wildlife Service’s latest survey on outdoor recreation, except in scattered rural areas, hunting is mainly history. The number of migratory-bird hunters dropped a whopping 22 percent since 2001, when the last survey was conducted, while the number of small-game hunters fell by 12 percent. In 1975, there were 19.1 million hunters in the United States. Last year, there were just 12.5 million-prompting USA Today to declare that the “American hunter is a vanishing breed.” Even the number of anglers in this country has fallen off by 12 percent. 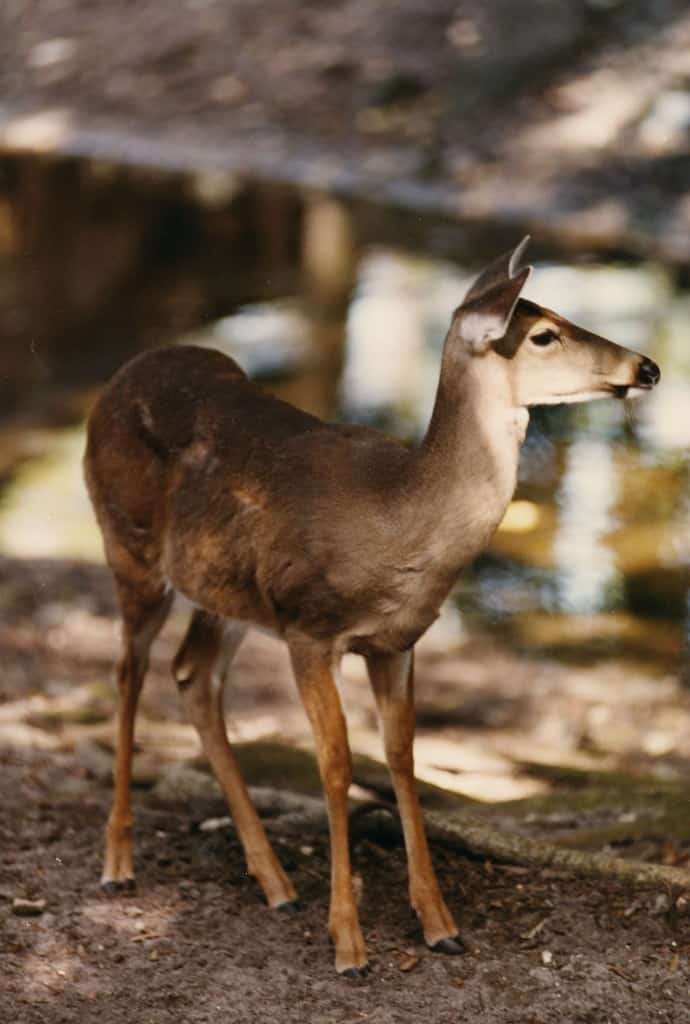 Meanwhile, the number of people who take pleasure in simply watching animals and birds skyrocketed to 71 million last year. Most of us find it repulsive to flip through cable channels and stumble upon the obligatory hunting program with a man propping up the head of a magnificent buck he’s just slaughtered or the lone fishing program with a man showing off a beautiful fish flailing helplessly at the end of a line.

I’m not surprised that so many Americans have quit killing activities. My grandfather hunted and fished. So did my dad. When I was a kid, I went fishing with Dad, because people said fish didn’t feel pain. When I learned that they did, I quit. Dad tapered off his fishing and eventually gave it up, too. When I was 7, Dad came home one Saturday, opened the car trunk and took out three rabbits he had shot. I started sobbing, and he never hunted again. In fact, several years later he helped me bottle-feed, raise and release four orphaned baby rabbits.

Today’s healthy-minded kids aren’t interested in killing animals any more than I was. A survey on youth hunting conducted by Responsive Management found that the majority of young people have “no interest” in hunting. When asked why, more than half said they “love animals” or “don’t like killing animals.”

Considering the trend away from blood sports, peddling stuffed-and-mounted wildlife as home decor seems like a dead-end business. John Brommel, owner of a furniture and antiques store in Austin, Texas, told the Wall Street Journal that when the taxidermy fad has run its course, “You can bet that some people will be stuck with dead stuff they don’t want.”

Rather than keep a dead woodchuck on the nightstand, folks who want to get closer to nature should take a hike-literally. And I know just the thing to give them to tuck into their backpacks: a pair of binoculars.