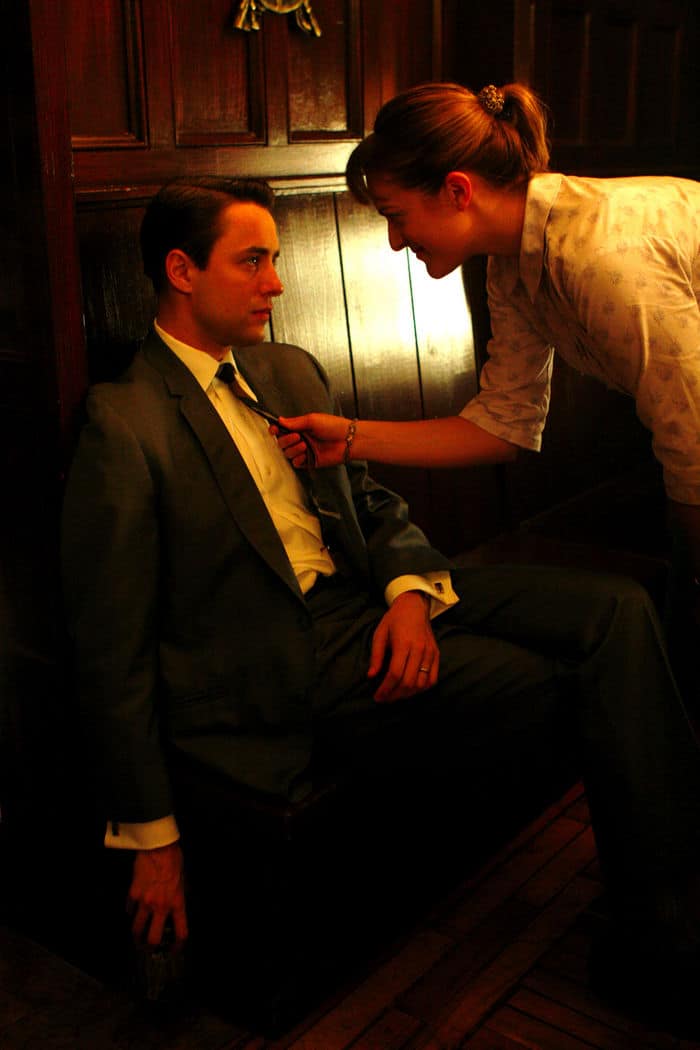 In “The Hobo Code,” the eighth episode of “MAD MEN” airing Thursday, September 6 at 10pm ET on AMC, Don is tormented as pieces of his secretive past begin to haunt him. Peggy’s new success at work, and resulting boost in confidence, threaten her office relationship. Salvatore (Bryan Batt) gets a little too close with a client. For photos and other press materials, please visit http://press.amctv.com.

“Mad Men” is AMC’s new original series from Matthew Weiner, the Emmy-Award winning Executive Producer and Writer of “The Sopranos.” The series depicts the ruthlessly ambitious men and women of Madison Avenue advertising in New York City in 1960. The 13-episode series premiered on Thursday, July 19 and airs regularly on Thursday nights at 10PM ET. Episodes of “Mad Men” are available for purchase and download on the iTunes Store, beginning the day after they air (http://www.itunes.com). All 13 episodes will be available for purchase for $1.99 per episode or as a Season Pass for $24.99.

AMC is a multi-platform network that celebrates classic movies and high-quality scripted series. Among the elite services reaching over 90,000,000 homes, AMC defines what it means to be a classic movie network today, creating a distinctive viewing experience that celebrates all that is enduringly cool, personal and powerfully relevant about movies. AMC’s comprehensive library of popular movies strikes a meaningful chord with its audience, and its critically-acclaimed slate of originals all have a cinematic quality that allow them to complement and be complemented by some of the best movies of all time. A division of Rainbow Media Entertainment Services, AMCs sister divisions include WE TV and the IFC Companies. AMC is THE FUTURE OF CLASSIC.