This film is a ‘slice of life’ that consists almost entirely of conversations between a reporter and a famed author. The characters and interactions are realistic enough but, unfortunately, no one ever digs deep, the action has no surprises and, despite mountains of dialogue, there’s not a Twainesque insight to be found.

Lipsky is an unsuccessful writer whose lack of book sales have forced him to return to his day job; Wallace is the author of a groundbreaking bestseller. Lipsky accompanies Wallace on a five-day book tour and the two navigate the snow, fast-food joints and a book signing.

Why Did They Do This? 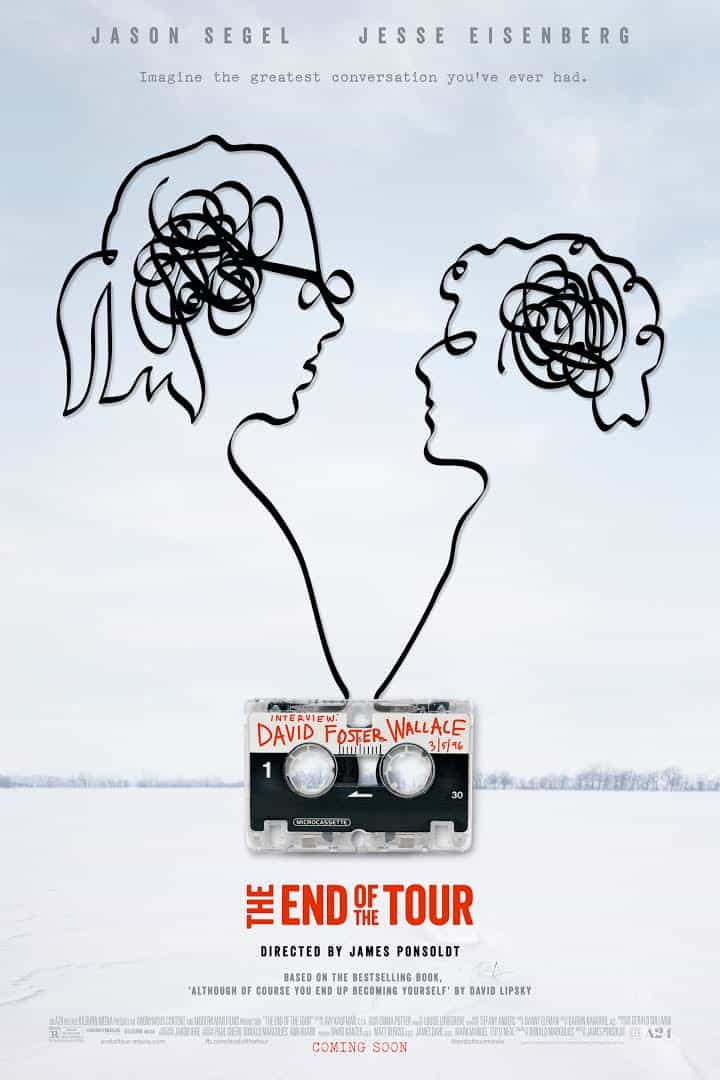 The final fate of Wallace is revealed in the first five minutes of the film, which robs the story of its only moment of drama and skews the narrative by stopping the audience from coming to their own conclusion about the psyche of the author.

Autonomous thinking is further impeded by Lipsky’s recital of Wallace’s mental health history, which is delivered amongst so much other dialogue that it lacks impact.

It’s also at odds with the fact that Wallace doesn’t appear to be a tortured soul and, in fact, can barely be described as eccentric. He lives alone with his two dogs, but goes dancing every week and is capable of ‘letting himself go,’ so the cause of his apparent instability remains a mystery.

The only kind of pressure Lipsky is under is his editor’s insistence that he investigate Wallace’s possible addiction to heroine. Lipsky dutifully brings up the subject and the dilemma passes, which is as close to tension as the film gets, apart from when Wallace accuses Lipsky of hitting on his ex.

After this boyish spat, both men sulk, so it’s odd that Lipsky spends the following night as Wallace’s house guest when there’s a motel close by. When the two behave as normal the next morning, it feels as if something’s missing, which just about sums up the entire film.

Dialogue-heavy films work well when the dialogue is sparky and colludes with the theme to keep the story rolling, but in the wrong hands, it can be fatal. If this was a radio play, it would be a good way to pass away a long drive, but as a movie, it’s simply naval gazing.