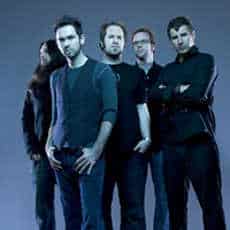 Miss USA 2007, Rachel Smith, will hand off her crown to the winning successor at the conclusion of the two-hour telecast broadcast from the resort’s Theater of The Performing Arts.

Contestants from 50 U.S. states and the District of Columbia are judged in three categories-swim suit, evening gown and the interview segment.

Recording artists Finger Eleven will rock the stage with their cross-over contemporary-alternative hit song “Paralyzer,” which sold over 2 million digital downloads and a half a million ring tones.

Marie Osmond is currently working to developing her own TV show, said, “This is a good opportunity for my brother and I to get together.”

She and her brother are set to perform together soon in Las Vegas at the Orleans Hotel and Casino.

“Nothing can be better than two iconic hosts, a paralyzing performance, and world-class judges in Las Vegas with the hottest women in the country,” stated Paula M. Shugart, president of the Miss Universe Organization, producers of Miss USA, Miss Teen USA and Miss Universe pageants.

Miss USA is a partnership of NBC Universal Inc. and Donald J. Trump. The competition for the first time in its history is broadcasting in high-definition with SONY HDTV cameras.

As an added point of view, the public will be able to vote online for the contestant they think should win the “Photogenic USA Hot Shots” award. This goes to the contestant who best exemplifies beauty through the camera lens, and she is announced during the live telecast. Voting is now open, and viewers can go to NBC.com/MissUSA to make their selections.

For tickets, go to www.ticketmaster.com.