While gambling movies like Kevin Spacey’s 21 and Zak Penn’s The Grand seem to be beating the odds lately in that ironically predictable, carefully creatively controlled consumer product division known as Hollywood, Chaos Theory takes issues around fate and premeditation in the opposite direction. With a quite different kind of card game in mind, Chaos Theory weighs the virtues and catastrophes of living your life according to fanatically preconceived to-do lists, but instead tabulated on those of the index card variety, and the results range from charming to zany.

Ryan Reynolds nearly implodes on screen from sheer neurotic anxiety as Frank, a popular self-help guru, lecturer and author of the bestseller, The Five Minute Efficiency Trainer. Frank prides himself in his personal life as well, as a suburban family man who has figured out how to exist in a minute-by-minute orderly manner, in which he’s the master and time is his slave. And that engine known as existence seems to have attained exquisitely predictable perfection for this annoyingly compulsive clockwatcher.

But even though determined to live his life by the numbers, things aren’t adding up lately, the day his fed up wife Susan (Emily Mortimer) schemes to sort of surgically remove that rod up her obsessive-compulsive spouse’s behind. She does so by injecting a little mischief into Frank’s rigid routine, tampering with the clocks and adding a bunch of minutes to his day as time moves slightly backwards. 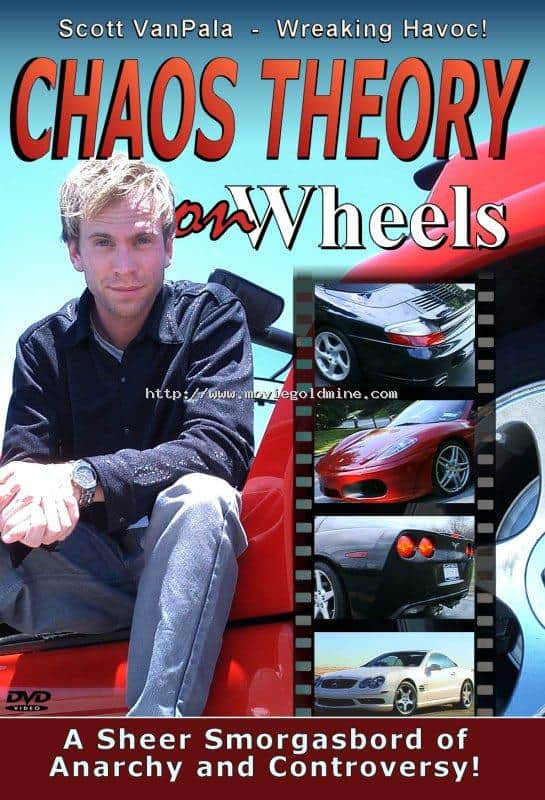 But the harmless prank backfires with disastrous results, the minute Frank misses his ferry to work. Which lands him in an unpleasant confrontation with an equally compulsive time freak ferry conductor; a seductive party girl who won’t take no for an answer; a pregnant car crash victim which lands him in a mistaken identity, suspect baby daddy situation with his appalled wife; and shocking revelations about his best pal (Stuart Townsend) Buddy’s designs on Susan. All of which drives Frank to the opposite extreme, as he embraces whim and passion and lets it all hang out, so to speak, engaging in a self-proclaimed initiation rite by stripping and running naked around a hockey field in the heat of the game.

Chaos Theory, with its ‘clock is our enemy’ giddy comic mayhem, courses along nicely as it establishes a semblance of out-of-control mood swings that are actually smoothly narratively structured with subtle grace and genuine emotional complexity. And director Marcos Siega (Underclassman), though at times indulging in breathless comic excess, crafts his delightfully cartoonish cocktail with just the right calculated blend of random warmth, wit and quirky dollops of applied bittersweet wisdom.