On March 13 – actors all over the United States, union and non-union, received the same deafening email from SAG/AFTRA – that was so loud it could be heard from out of space. “Due to Covid-19, all production in film and commercial has come to a grinding halt.” Mike Whaley, who is best known for his pinnacle role on Amblin’s ‘Under the Dome’ and multiple US National commercials, chats life filming in Georgia during a pandemic. 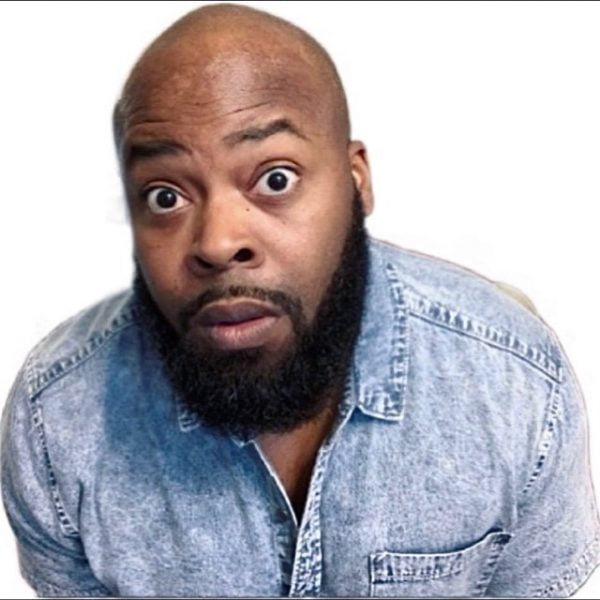 Thank you for taking the time to speak with us today. Congratulations on all your career successes. Can you tell us a little about how you got started in acting?
That’s a very interesting question anytime I hear it asked. It’s not so much “how” but “why” I continued (chuckle). But seriously, I owe it to my mother and father who gave me my first memory at 4 years old of doing my first speech. I remember it was a bible verse for Easter, and they made me stay awake past my bedtime the night before, rehearsing my one line. I remember after my speech I stood there on stage and wanting to do so much more. That’s when I knew this was something I wanted to be doing with my life. Anything that makes you smile and laugh is what you should focus your energy at

Can you tell us some of your career highlights to date?
What’s interesting is that this business every job you book is a highlight there’s really no end game. Most people will say “if I win this,” or “when I achieve this role,” it never ends there. Nevertheless, if I had to choose a highlight; It would be something off the beaten network path. Before series regular and recurring roles or spokesman campaign commercials – In college, I played the role of Dennis Ziegler in This is Our Youth during my undergrad at FSU. What made this my favorite highlight to date, was because it challenged everything I’d learned as an actor and performer.

Ahead of the pandemic, what had you been working on?
I hadn’t been working on a lot of film productions this year, but I had been working a good deal of national commercials. There’s a season for everything – and I’ve been fortunate to have a healthy balance of film and commercial work, but this year has been a lot more commercial work for me, which to any actor is payday central.

How did it feel to open the email from the Screen Actors Guild (SAG) explaining the stop on all productions?
The email came in a lot faster than anyone expected. We knew it was going to happen, but not all at once. I thought it would be like the power going out on a grid: one production at a time until there were none left. There were so many productions in operation – I couldn’t imagine the number of people left to figure out what was going happen next and when they could expect to go back to work. My wife included. She was working on a Marvel film and it went dark on her, I think, the second week on set.

Were you given a timeline for reopening?
No, it was a waiting game. Days turned into weeks and weeks into months. Nothing. Just radio silence. Then after I’d say a little into the third month, in Georgia, we began to get a nibble. Not from any motion pictures or film but commercials. When the governor reopened the state at half mass; it was commercials that threw their hat in the ring to test the water. That’s how I was able to be one of the fortunate few to work during the ongoing pandemic.

During the present time of Covid-19, how did you audition for these commercials?
Interesting questions. For the last couple of years, I’ve noticed a shift in how auditioning was being available or administered. For years, the process was in person. Then it started to branch out to self-taping. Which would you require you to be in person for the callback- but at least you didn’t have to waste time and money on one part of the process. Covid-19 actually made our auditioning in our industry propel to the next stage forcibly. It was something we knew would be beneficial. So now, almost everything with the exception of a few: are all taped of zoom interviews. It allows an actor to be comfortable in their own space and take their own time to put on tape what they feel is a great read. So yah, everything – the entire process- is on tape. I like it.

What commercials have you been able to work on during the pandemic?
First, it was booked for a Kraft Singles commercial, then a Regions Bank, Bud Light, Home Depot, and a spokesperson project. Some I was able to film multiple spots, which is great, but the fact is, I was working during a global pandemic. I was a lucky few. Extremely grateful.

Can you tell us what it was like to go back onto set?
It was Like I walked on to set of Apocalypse Now. (Laughing). I remember going back to set and thinking to myself of all the new paperwork we had to sign: all of the tests we had to take upon arriving at base camp, and how deserted everything looked. Aside from having to wear your mask everywhere you went and having to deal with being temperature checked every hour, nothing was the same. We couldn’t pick our own food from crafty, we had to remain in our honey wagons until called and we couldn’t go onto the set until we were personally called. If we used a travel van, it only took two actors to base camp at a time.

How did that make you feel?
Things that were second nature on a set were now mathematical equations in everyday operations. Nevertheless, I have to take my hat off to those who worked every set that I was on and who followed the SAG-AFTRA directives to a “T.” In a way, Georgia was the only state at the time filming anything mainly, because our containment was low. I’m proud to say we’ve been setting a pretty solid bar of performance so far in this pandemic.

What was moral like on these sets?
Set, of any kind, as we once knew was full of energy, yelling, screaming, eating at craft services. There are normally 100-150 actors, directors, personal assistants, and crew: all working for the common goal: but given this new outbreak we all knew the set lifestyle we once enjoyed wouldn’t be the same. I think the heart is still there though. It never left from wanting to act and crew. I always think of the song by the blues brother “The Heart Brings You Back,” it’s kinda the mantra of the family of entertainment. We want to be back, but we want to be safe. We also want to be there to support friends and family: crest content that helps explain what we are seeing as a nation in this crisis state.

What’s up next for you?
What’s next for me is hoping to spend more time with the family. As much as possible. When our industry reopens fully, we don’t have much time as we like – so it’s best to take advantage of every moment we can.

Any final thoughts?
We were created to love one another. Nothing more and nothing less. Everything else is an imbalance. Peace.