Breaking Hollywood and Washington Entertainment In the News here in this daily roundup from Bruce Edwin of Hollywood Sentinel dot com.

Once in a rare, rare while does there come along a band that sends chills and impressions on the mind and spirit that last and last. Today I have heard such a band, and am pleased to share them with you here.

The band is called Mt. Wolf, and their new video for their single “The Electric” is both at once haunting, and beautiful. With stunning rare footage of WWII, the Atomic Bomb, and more, over-laid with text displays of the songs lyrics, “The Electric” is a soulful, sweeping ballad of fate, death, hope, and salvation.

Fans of Nick Cave, Death in June, and Coldplay should appreciate this. Since last year’s comeback EP and single, the band have kept busy writing and recording with Ken Thomas (Sigur Ros, M83, Daughter). The band, hailing from London, has just been confirmed to play this year’s SXSW festival, and have a new album dropping this summer. Check out the video here:

Award-winning singer-songwriter Cynthia Erivo is set to perform at the Governor’s Ball, the Academy’s official post-Oscars® celebration, on Sunday, February 26. She will entertain the Ball’s 1,500 guests, which will include Oscar® winners and nominees, show presenters and performers, and other luminaries.

A U.K. native, Erivo made her Broadway debut starring as ‘Celie’ in the critically acclaimed revival of “The Color Purple,” for which she received a Tony® for Best Actress in a Leading Role in a Musical and a Grammy® for Best Musical Theater Album. She recently performed at The 39th Annual Kennedy Center Honors, as well as the 2017 Grammy Awards, alongside John Legend during the show’s ‘In Memoriam’ segment.

Erivo also is an accomplished songwriter, having written and performed the song “Fly Before You Fall” for the 2014 feature film “Beyond the Lights.” Her upcoming film projects include a starring role in “Harriet,” the Harriet Tubman biopic directed by Seith Mann, and co-starring opposite Viola Davis in Steve McQueen’s “Widows.” The evening also will feature multi-platinum recording artist JoJo, five-time Emmy®-nominated music director Rickey Minor, and husband-and-wife deejays DJ M.O.S. and DJ Kiss showcasing an eclectic mix of musical genres.

The Governor’s Ball will be held in the Ray Dolby Ballroom on the top level of the Hollywood & Highland Center®. The 89th Oscars will be held on Sunday, February 26, 2017, at the Dolby Theatre® at Hollywood & Highland Center in Hollywood, and will be televised live on the ABC Television Network at 7 p.m. ET/4 p.m. PT. The Oscars also will be televised live in more than 225 countries and territories worldwide.

The Academy of Motion Picture Arts and Sciences is a global community of more than 7,000 of the most accomplished artists, filmmakers and executives working in film. In addition to celebrating and recognizing excellence in filmmaking through the Oscars, the Academy supports a wide range of initiatives to promote the art and science of the movies, including public programming, educational outreach and the upcoming Academy Museum of Motion Pictures, which is under construction in Los Angeles.

The producers of Godzilla reimagine the origins of one the most powerful monster myths of all in “Kong: Skull Island,” from Warner Bros. Pictures, Legendary Pictures and Tencent Pictures. From director Jordan Vogt-Roberts (“The Kings of Summer”) the film tells the story of a diverse team of scientists, soldiers and adventurers uniting to explore a mythical, uncharted island in the Pacific, as dangerous as it is beautiful. Cut off from everything they know, the team ventures into the domain of the mighty Kong, igniting the ultimate battle between man and nature. As their mission of discovery becomes one of survival, they must fight to escape a primal Eden in which humanity does not belong.

DreamWorks Animation and the director of Madagascar invite you to meet a most unusual baby. He wears a suit, speaks with the voice and wit of Alec Baldwin, and stars in the animated comedy, DreamWorks’ The Boss Baby. DreamWorks Animation states, “The Boss Baby is a hilariously universal story about how a new baby’s arrival impacts a family, told from the point of view of a delightfully unreliable narrator, a wildly imaginative 7 year old named Tim. With a sly, heart-filled message about the importance of family, DreamWorks’ The Boss Baby is an authentic and broadly appealing original comedy for all ages.”

L.A. Matchmakers Sherri Murphy and Tammi Pickle of Elite Connections (pictured here), tell us this week that the unique thing that sets them apart from other dating agencies, is that they personally screen all applicants and even do background checks on them, making sure for all of their clients that their dates are who they say they are, and are good people. Unlike many online agencies where people can put up fake photos and invent profiles, Tammi and Sherri state that they personally meet all of their clients’ prospective dates face to face, hand picking each one before sending them out together on their first date. Elite Connections are giving free consultations and free dating advice to select singles this month. To be considered, contact Sherri or Tammi at 800-923-4200 or visit www.eliteconnections.com. 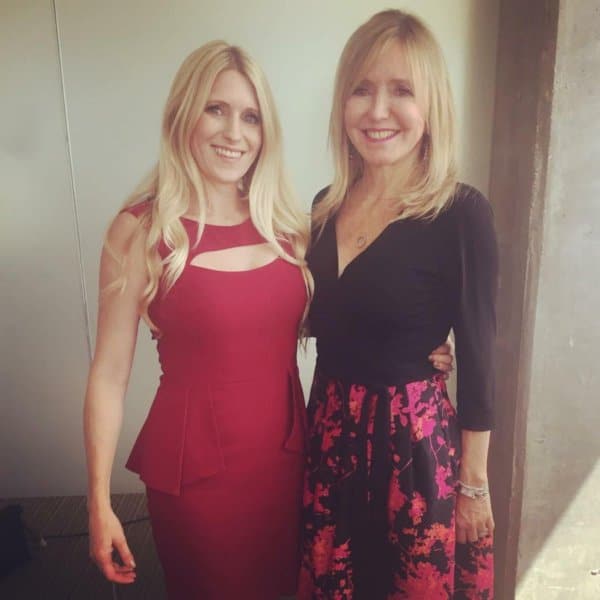 Some Alt Righters refuse to believe even NASA’s reports that climate change and global warming is real. Meanwhile, Los Angeles County is currently as I write this – under a severe weather warning with predictions of 6 to 10 inch rainfall in certain areas, and potential 50 mile per hour winds, for a predicted storm that some are saying may be the worst in the area in over 20 years. Following up on the above statement a half a day later, the predicted storm – while a rainy day – as of this publication – thankfully never happened.

According to Billionaire Magazine, the Oceans have around 10 million tons of plastic that wind up in them yearly, and they state, that amount is predicted to outweigh all fish in the sea by 2050.

The Trumpet states that their former publisher Herbert W. Armstrong prophesied how Germany would lead and control a newly created European army, and the publication states that this Biblical prophecy is now happening.

France has reportedly passed a new law targeting anyone that puts out alleged false or misleading information attempting to prevent women from having an abortion, with punishments reportedly including fines or fines and a prison sentence, according to Life Site News dot com.

President Trump and Canadian Prime Minister Justin Trudeau met at the White House this week. According to The White House, “They affirmed that ensuring equal opportunities for women in the workforce is a priority for both countries and announced the creation of the United States-Canada Council for Advancement of Women Entrepreneurs and Business Leaders.”

Democrats are disturbed that Trump is already reportedly raising campaign money to try to win another four years – something that Democrats say cannot and must not happen.

The Trump Pence Republication Team have set up a website whereby they are selling all from Trump T-shirts, hats, buttons, and more, promoted with models including men in sleeveless shirts with their arms covered in tattoos. Let’s just say – Trump Models in New York – who have amazingly beautiful models – was evidently not consulted.