There are many factors involved in the dating process, some of which we have no control over. Chemistry is the strongest and most subconscious element that will determine if there is to be a date number two, three, four, and so on. However, there are several mistakes many single individuals make when it comes to their expectations in the dating arena. I have noted several key blunders daters frequently make below, which is keeping many of them in the ‘Single’ category:

Impatience – Women, this is directed toward you if you expect instant fireworks the moment after leaving the first date. Even the strongest potential chemistry can be eclipsed by impatience. It is proven that chemistry, especially for women, can develop over a period of time, usually between the third or even fifth date. Sure, a pretty face and nice body is always an added bonus, but give the guy a chance to show you who he is in character, values and long term potential.

Men, this is directed toward you if you expect to get under her skirt by the first couple of dates. We know by now that you are visual creatures, but same rule applies: give it several dates before attempting to get physical, no matter how incredible she looks. Abstaining from sex early on will allow you to get to know who she is ‘up there’ and conversely heighten her respect for you. Sure, it’s old school, but it still works even in today’s sexual revolution.

Revealing Too Much Too Soon 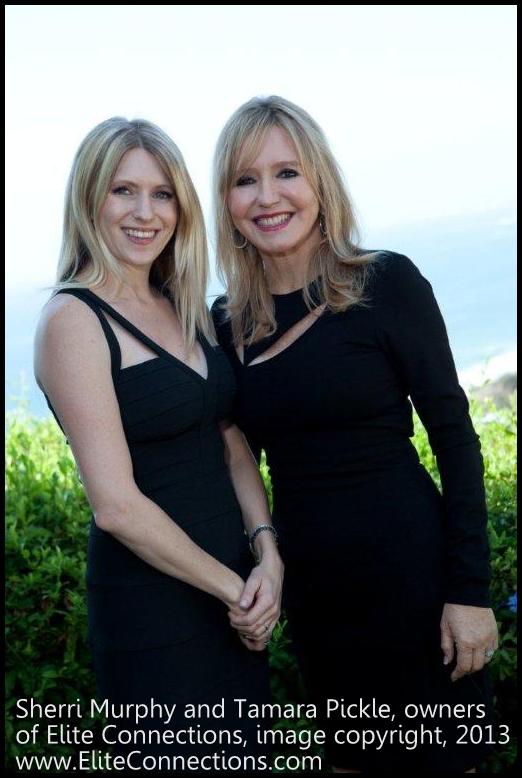 Revealing too much too soon – Yes, we all have baggage, baby-daddy drama or weight loss (or weight gain) narratives. But nothing kills mystery faster than releasing a tell-all account of everything under the sun of your thespian life, and mystery is elemental in cultivating an attraction that will last for the months to come. If you have the ‘I am who I am, so take me or leave me’ mentality, then you will remain single – guaranteed. Certainly, it is true that once in a committed relationship, you take on one another’s foibles by choice after the emotional bond has been produced, but your date doesn’t owe you his emotional support and steadfast dedication, particularly upon first meeting you.

Unrealistic expectations – This is directed toward the mind sets that include the following ‘beliefs’: I want a man that is super successful but has a lot of free time to spend with me…and he has to be tall, and handsome, and have no children, and has mutual chemistry.’ Or ‘I want a woman who is gorgeous, and thin, and educated, and has a good job, and is normal and positive, and has no baggage, and who can travel with me and is younger, and is not interested in my money, and…and…and.’ I’ll tell you right now, ladies: there is a reason a man is typically uber successful, and that’s not from gallivanting around the globe each day keeping you company. If success is what you are ultimately seeking, even that comes with a sacrifice.

And men, if you’re asking for a girl 20 years your junior to want to date you for the person you are and not what you can provide, you may as well spend your weekends in the Pacific Northwest hunting Sasquatch. You want the whole package? Well, so does every one else on this planet. Setting the bar too high in a lot of cases, will in due course pick you out of the pickings. It’s like the old adage goes: beggars can’t be choosers. In the end, it should only matter that you are with a decent person who loves, respects and cherishes you, and will be your best friend. Expect even that physical chemistry to fade after a couple years together. What is left from that should be the determining factor in being with the person.

Not Minding Your Manners

Not minding your manners – It’s pretty basic, people. Gentlemen, open the door for the lady and allow her to walk in first, pay for the dinner and, please, do not forget her valet. Ladies, be appreciative and say ‘Thank you’ for the date, for him picking you up, whatever. Don’t talk all about yourself too much, engage in the other person, ask questions and know your turn will come. To all daters: table manners are key, as are personal hygiene.

Allowing a photo to determine ‘chemistry’ – This statement in and of itself is ludicrous and close-minded, since chemistry is defined as ‘the interaction of one personality with another’. With that said, you can not establish chemistry by looking at a photograph. As a matchmaker for several years, it is my personal belief that most of my clients look much better in person, especially the men, since they are not the ones typically out at night practicing their best pouty-lipped pose doing the arm-outstretched photos with their friends one hundred times over. Not only that, but chemistry is all concluded in the face-to-face interaction and personal rapport with someone else. Seeing them at different angles with their various facial expressions and cute idiosyncrasies in a natural relaxed setting rather than awkwardly slapping on a fake smile and cheesy pose for a photograph is the only determinant for chemistry. In conclusion, taking the time to shake their hand may just land you the love of your life.

Not Keeping your Ego in Check

Keep in mind there is always someone out there who is richer, prettier, and more marketable than you – If this sounds harsh, it is just my way of reminding you to keep your ego in check. If you think you are God’s gift to the single world, yet you are still single, maybe some introspection is in order. If you have this attitude coupled with the notion that you deserve the best of the best and no one is good enough for you, then they will get the hint that they’re not good enough, and leave you standing in their dust. There are plenty of people out there without a never-ending checklist of their ‘perfect mate’ who are easier to get along with, and trust me, they look ten times better than someone with a bar set to boundless heights. Dating is about respect, reality, and most importantly, humility.

For more valuable free dating advice, and to get set up with a date, contact Elite Connections at www.EliteConnections.com..

This article is copyright 2013, Elite Connections. The office of Elite Connections and The Hollywood Sentinel do not endorse any advertising that may appear on or in connection with this story.