The three of four performers who won Oscars in the acting categories last year will return to present at the 82nd Academy Awards, announced telecast producers Adam Shankman and Bill Mechanic this month. Penelope Cruz will join fellow winners Kate Winslet and Sean Penn as presenters on the March 7th Oscar telecast. Heath Ledger won the Supporting Actor Oscar posthumously for his performance as the Joker in “The Dark Knight.”

Last year, at the 81st Academy Awards, Ms. Cruz took home the Supporting Actress Oscar for her role in “Vicky Cristina Barcelona.” She was previously nominated for her leading role in “Volver,” and is nominated this year for her supporting performance in “Nine.” 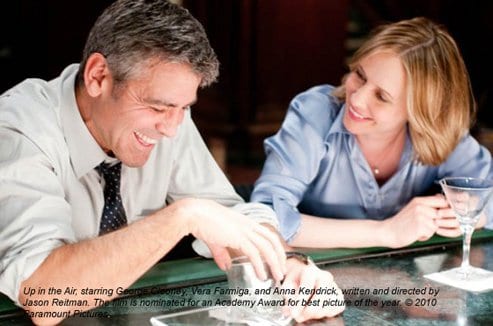 Mr. Penn has been nominated five times for Actor in a Leading Role and twice took home an Oscar, in 2003 for “Mystic River,” and last year for his performance as charismatic politician Harvey Milk in “Milk.” His other nominations came for “Dead Man Walking” (1995), “Sweet and Lowdown” (1999) and “I Am Sam” (2001).

Academy Awards for outstanding film achievements of 2009 will be presented on Sunday, March 7, 2010, at the Kodak Theatre at Hollywood & Highland Center, and televised live by the ABC Television Network beginning at 5 p.m. PT/ 8 p.m. Eastern Time. The Oscar presentation also will be televised live in more than 200 countries worldwide.

The following are the nominees for the 82nd Academy Awards:

Actor in a Leading Role

George Clooney in “Up in the Air”

Colin Firth in “A Single Man”

Jeremy Renner in “The Hurt Locker”

Actor in a Supporting Role

Woody Harrelson in “The Messenger”

Christopher Plummer in “The Last Station”

Stanley Tucci in “The Lovely Bones”

Actress in a Leading Role

Sandra Bullock in “The Blind Side”

Helen Mirren in “The Last Station”

Carey Mulligan in “An Education”

Gabourey Sidibe in “Precious: Based on the Novel ‘Push’ by Sapphire”

Actress in a Supporting Role

Vera Farmiga in “Up in the Air”

Anna Kendrick in “Up in the Air”

Mo’Nique in “Precious: Based on the Novel ‘Push’ by Sapphire”

“The Princess and the Frog” John Musker and Ron Clements

“The Secret of Kells” Tomm Moore

“Precious: Based on the Novel ‘Push’ by Sapphire” Lee Daniels

“Up in the Air” Jason Reitman

“The Cove” Nominees to be determined

“The Most Dangerous Man in America: Daniel Ellsberg and the Pentagon Papers” Judith Ehrlich and Rick Goldsmith

“The Last Truck: Closing of a GM Plant” Steven Bognar and Julia Reichert

“Precious: Based on the Novel ‘Push’ by Sapphire” Joe Klotz

“Take It All” from “Nine” Music and Lyric by Maury Yeston

“The Blind Side” Gil Netter, Andrew A. Kosove and Broderick Johnson, Producers

“Precious: Based on the Novel ‘Push’ by Sapphire” Lee Daniels, Sarah Siegel-Magness and Gary Magness, Producers

“Up in the Air” Daniel Dubiecki, Ivan Reitman and Jason Reitman, Producers

“A Matter of Loaf and Death” Nick Park

“Instead of Abracadabra” Patrik Eklund and Mathias Fjellstrom

“The New Tenants” Joachim Back and Tivi Magnusson

“Up” Michael Silvers and Tom Myers

“An Education” Screenplay by Nick Hornby

“Precious: Based on the Novel ‘Push’ by Sapphire” Screenplay by Geoffrey Fletcher

“Up in the Air” Screenplay by Jason Reitman and Sheldon Turner