A nearly 500 page collection of the best science fiction authors and illustrators selected as winners from the “Writers of the Future Contest” and “Illustrators of the Future Contest” for 2015, The “Writers of the Future Volume 31” book was exciting to receive in the mail to review. Having grown up reading and loving sci-fi as a child, including H.G. Wells and Ray Bradbury among more, as well as loving Rod Serling’s “The Twilight Zone,” “Lost in Space,” and “Star Trek” re-runs on T.V., I love science fiction. Who doesn’t love films including “Minority Report,” or “Star Wars?” In a time or land where truly ‘anything is possible’ and anything can and does happen, science fiction pushes the bounds of what we consider ‘reality,’ and stretches ones imagination beyond its self imposed limits – to eternity.

The most prolific author of all time, as noted in the Guinness Book of World Records; L. Ron Hubbard began his legendary career in science fiction during the birth of the modern industrial era, when a new society of machines that began replacing man, and a new atomic bomb, loomed large. Mr. Hubbard stormed through the science fiction world at a furious pace, churning out story after quality story in countless magazines, pulp books, hardback novels, anthologies, and more. Befriending some of the other top science fiction writers of all time including Isac Asimov, he gained the respect of his peers not only for his workmanship, but equally, their jealousy for the prolific output of his mind on paper.

His science fiction alone would have cemented L. Ron Hubbard in the pages of history as a major sci-fi author of the ages, yet for Hubbard, that wasn’t enough. He went on to write the heaving “Science of Survival,” and another massive book he called “Dianetics: The Modern Science of Mental Health,” which rocked the world. Touring the world with lectures concerning this book, L. Ron Hubbard started a world wide religion – and thus, Scientology was born. Controversial, record breaking, and unarguably a fascinating man, L. Ron Hubbard later decided to pay his respects back to the science fiction community from whence he began.

Writers of the Future Soars in Science Fiction Community 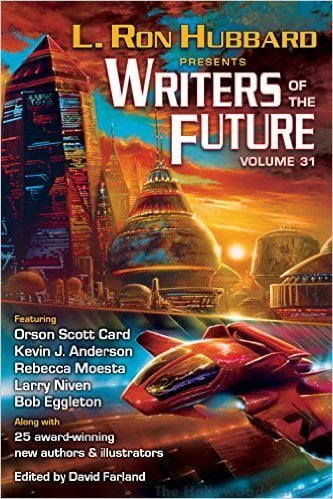 “Writers of the Future” (WOTF) is a science fiction and fantasy story contest that was established by L. Ron Hubbard in the early 1980s. An associated contest, “Illustrators of the Future,” presents awards for science fiction art. Mr, Hubbard characterized the contest as a way of “giving back” to the genre his professional writing career began in. The contest has no entry fee and is reportedly the highest-paying contest for amateur science-fiction and fantasy writers.

Publishers weekly states of Writers of the Future Contest that it is “Always a glimpse of tomorrow’s stars.” While author Neil Gaiman states, “The Writers of the Future Contest has not only provided a place where new writers could break into print for the first time, but it also has a record of nurturing and discovering writers who have gone on to make their mark in the science fiction field. Long may it continue!”

A Massive Collection of Talent

This massive collection also includes; “Wisteria Melancholy” by Michael T. Banker, Illustrated by Michelle Lockamy, “Poseidon’s Eyes” by Kary English, Illustrated by Megen Nelson, and “On the Direction of Art” by Bob Eggleton.

Publishers notes concerning this collection states that this collection includes “Thirteen Award-Winning Stories take you to places you’ve never been before.” They further suggest readers to “Experience the thrills, laughs, heartbreak and tears that can all be found in this fabulous new anthology.” And they add, “We’ve scoured the globe to find the most powerful new writers, and then paired them with the most gifted new illustrators to bring you L. Ron Hubbard Presents Writers of the Future Volume 31.”

One couldn’t really argue these points. Press notes also detail several of the stories plots which detail as follows; “One young man’s hallucination might be a ghost – or the key to survival.” And, “A girl named Elizabeth is haunted by ghostly echoes from her past,” Another, “A writer who gets to see what he could have created, if he’d only found the courage.”

Worth the Small Price

Writers of the Future Volume 31 is quite a collection, and priced at just $15.95, it is really a bargain. For anyone that appreciates science fiction and the sense of wonderment that it brings, this is the perfect book to curl up with in bed on a cozy night for some good stories. This Volume comes highly recommended, as do the other volumes in this collection.

Writers of the Future Contest

Lastly, for those that live in Los Angeles, or are visiting L.A., if you thought the big awards shows like the Writers of the Future Contest were out of your realm, think again. For select friends of The Hollywood Sentinel, you may have the opportunity to attend this very special event.

Mark the date for April 10th, 2016, for the next Annual Awards Ceremony at the Wilshire Ebell Theatre in Los Angeles, with the exciting ceremony, author and illustrator signing, and Awards Party immediately follow. Readers of The Hollywood Sentinel, RSVP by calling
323-466-3310 or 800-624-7907, or E-mail: [email protected], and mention you got the invitation from The Hollywood Sentinel when you call.

Check out the official video of the event here, and visit the official website of The Writers of the Future here below. And of course, if you want to really impress us, perhaps “you” will be the next writer or illustrator competing or even winning next years contest. If so, be sure to tell us so! 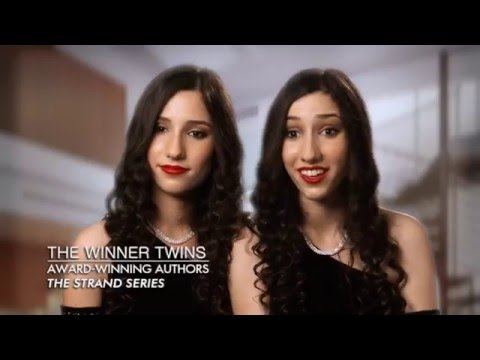