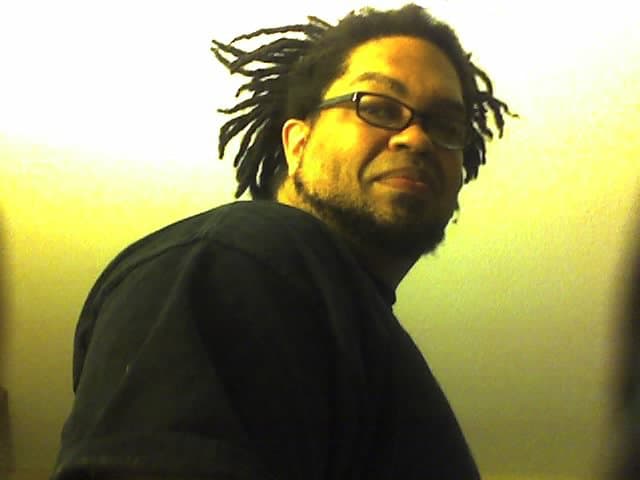 The 9th National Black Theatre Festival will take place from July 30th to August 4th. This bi-annual event that began in 1989 is hosted by the North Carolina Black Repertory Theatre, and is based at the Marriot Hotel in downtown Winston-Salem, North Carolina.

Mashpee Wampanoag performing artist, and writer, Mwalim (Morgan James Peters, I) will be returning to the festival with his Black Indian styled, adult storytelling theater “The Talking Drum” as a part of the festivals lively late-night fringe offerings; on the nights of August 1 – 3, 10:30pm – 1:00am at the Best Western Salem Inn, 127 S Cherry Street, Winston-Salem, North Carolina. “The Talking Drum” was a popular spoken-word & music show in Southeastern, MA from 1995 – 2000, Originally, it was a monthly show at the Prodigal Son Cafe in Hyannis, with video footage airing on public access television, it eventually moved to the Cape Cod Community Television studios in Yarmouth, in 1998, running as a monthly, live broadcast featuring poets, storytellers, rappers, and musicians from all over New England.

“The Talking Drum” will include feature performances by Black Indian spoken-word artists Garland Lee Thompson Jr. and Mwalim, as well as an open mic. This presentation is a part of the effort to raise awareness to the upcoming exhibit by the Smithsonian Institute’s National Museum of the American Indian, exploring the Black Indian experience. Thompson, a member of the recently fractured Okalahoma Cherokees, and Mwalim, member of the recently federally recognized Mashpee Wampanoag Tribe in Southeastern, Massachusetts. Mwalim will also be promoting his new book, A Mixed Medicine Bag: Original Black Wampanoag Folklore (Talking Drum Press, 2007).

This years festival is a bitter-sweet celebration, as it will be honoring the legacy and work of the festival’s late founder, Larry Leon Hamlin, who passed away in June of this year after a long illness. Every two years the festival is six exciting days of professional Black Theatre in Winston-Salem, NC as well as a series of free workshops, Film Festival, Readers’ Theatre, the International Colloquium, the Youth/Celebrity Project activities and the after-theatre celebrity receptions.