‘Can human consciousness survive death?’ This question has been the subject of intense debate among scientists and philosophers for centuries. Reports of near death experiences (NDEs) in numerous publications have always been ignored with the hard-shelled scientists’ criticism.

Most attempts of finding a scientific basis for explaining the survival of consciousness beyond the physical body have met failure. But now a new book from a medical doctor trained in alternative healing techniques presents a fairly reasonable theory in supporting the scientific validity of NDEs. Dr. Robin Kelly’s recent book The Human Antenna (Elite Books, California, 2007) attempts to answer some of the most mind-blowing questions relating human life, cosmic energy, and healing with natural means besides allopathic treatments. 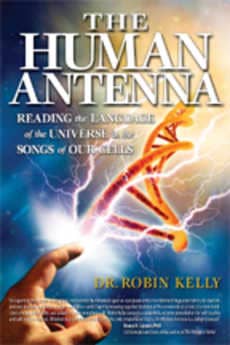 Working as an acupuncture therapist, now exploring the realm of energy psychology, Dr. Kelly’s research has focused primarily on the interaction between tiny living units, like the cell and its DNA, with a specialized form of energy in the universe – the scalar energy – that is received by living cells and transmitted back to the vast reserves of cosmic energy.

Probing in detail the function of microtubules in the cells of all living forms, Dr. Kelly shows how human bodies (and those of other organisms) act as ‘antennas’ for receiving and transmitting coded information in the form of energy, interacting with nature and other living beings (including other humans), each and every second of our lives. This interaction plays a key role in healing many diseases prevalent in humans today.

The author’s theory of ‘human antennas’ and cosmic energy has profound implications for medical science in particular and for the whole of knowledge at large. While he does not tend to discard the immensely popular allopathic approach to healing, Dr. Kelly points to a new, virtually cost-free, safe mode of treating illnesses: signals of energy from nature. Also implicit is a radical shift in our concept of life; we are not mere physical matter but, more essentially, an intricate system of cosmic information that survives physical death. The challenge posed to mainstream science in Dr. Kelly’s book is twofold.

First, it needs to account for the statistically significant observations of NDEs, telephonic telepathy, phantom limbs, and a number of supposedly ‘strange phenomena’ that are part of many people’s lives. Secondly, mainstream science has to provide a logical explanation for the numerous cases of successful healing with cosmic energy and other unusual methods of treatment.

Filled with startling scientific research stories, personal tales of paranormal encounters, and the author’s own inspirational experiences, The Human Antenna fills a large void in our understanding of the ‘unusual’ and ‘miraculous’. It is a book about believing the unbelievable.