Back when I was growing up, my generation would turn on MTV or VH1 to watch music videos. That’s the only thing that these stations would show 24/7. Now you are lucky if you can find 30 minutes a day of music videos on either station.

Thanks to the internet there are many ways to access music including Pandora Radio, the iHeartRadio App, purchasing songs for a small fee, or even downloading it illegally. What about music videos though? Are they still popular? Yes they are! Thanks to YouTube.

A recent poll showed that 64% of teens use YouTube for their choice to access music and music videos. I can believe that number. I have 2 daughters, and they are constantly using YouTube to watch music videos or to listen to music while doing something else on the computer. 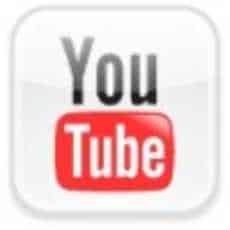 It’s a shame that MTV has sold out to the fad of reality TV, but at least there is an alternative for teens to still grow up watching music videos like my generation did. Only they can watch music videos pretty much anywhere with smart phones, tablets, and laptops. My generation did not have that, but of course my generation would spend the day outside playing from dawn to dark unlike a lot of today’s generation. I sometimes find myself wishing we had all of this cool technology when I was growing up, but then I remember back to all the fun I had playing outside with friends and I am glad we didn’t have the technology that kids have today.