The publicist to many of Hollywood’s rich and famous, is accepting 7 new clients only, for the rest of 2018, the firm reports. Hollywood Sentinel Public Relations, which represents some of Hollywood’s top stars, will be considering new clients from now until the 7 new spots or filled, CEO Bruce Edwin states. 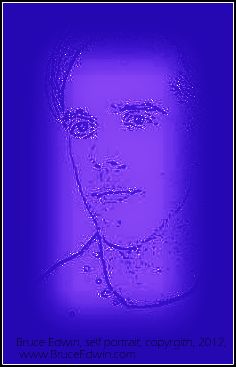 Next week, Hollywood Sentinel PR founder Bruce Edwin reports, the company will be pitching select clients directly to the CEO’s and head of A&R of numerous major record labels – in person, in Hollywood. The company regularly pitches labels and major TV shows for their clients by phone, yet – Bruce Edwin states, next week will be a unique opportunity with the pitches in person.

Bruce introduced rock band kill hannah to Atlantic Records during the 90’s, who Atlantic Records signed. He also wrote much of the press kit that was used by Atlantic to help launch singer Jewel into international stardom. Having attended over 1000 live concerts, and having been on over 100 film and TV shoots, Bruce Edwin is an expert in how fame is created, and in most all areas of the arts; from fine art, motion picture, the fashion and modeling industry, music, and even self publishing.

Today, stars Bruce represents numerous stars the firm confidential shares by phone with , in addition to over 10 billion dollars worth of deals in the areas of motion picture, master works of fine art, and more, the firm is owned by Hollywood Sentinel dot com, which publishes only the good news, and regularly interviews many of today’s biggest stars.

Public Relations is a paid service. For consideration, fine artists, bands, singers, actors, models, or business owners are invited to send their first and last legal name, direct phone number, email, and website for consideration. Bands are also asked to send their band website, and music on the site or links to their music via YouT ube, BandCamp, Reverb Nation, or SoundCloud. (attachments or registration only sites are not accepted). Actors or models are asked to send as well, their social media links of FB and Instagram.

Tips to Prepare An Air Conditioning Unit for Summer Heat

The Female Nostradamus: Psychic to the Stars Rose Stuart