Ludowici is a small town in Long County, Georgia known only for a few simple things. Close to the coast, just 30 miles west of the Atlantic Ocean, Ludowici has a small population of just 1,440, according to 2000 census figures. Interesting too is the fact that the high school that Billy Crowder attended, Long County High School, was built by a German immigrant, William Ludowici, whose name the city has retained.

Just a handful of businesses are there that do include an IGA grocery store and a Dollar General, not much really. Oh, Ludowici has the usual chain restaurants, I gather, such as Subway, Dairy Queen, and a Hubble House. Then there are local eateries such as L & B’s Southern Fried Chicken and Debbie’s Diner. I am just guessing, but they must have a Kentucky Fried Chicken too, from the words of Katie Crowder on the witness stand (1998).

Ludowici is most distinguished for its distinctive clay roofing tile and this has been its primary source of employment for the local population. Thomas D. Houston has provided us with some good information about Carl Ludowici’s creation of the Ludowici Celadon Company Roofing Tile Factory on his web page The Golden Age of Ludowici.

The tile has been popular with construction contractors in Florida and is featured on many of the homes of residents in the west, such as California, New Mexico, Nevada, and in Arizona. However, automotive repair was the main source of livelihood for Thurman Martin, after retiring from the trucking industry (my sources are limited, I know). Thurman trained Billy in automotive repair, but this also was the context in which his abuse was dolled out. 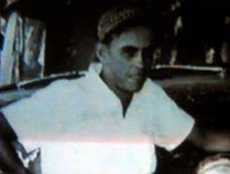 Another thing that Ludowici (pronounced Loo’ duh-wi’-see) is known for (and this is negative) is its speed traps, especially during the 1950s and 1960s. The switch for the traffic light was located inside a local barbershop and could be turned from green to red, rather quickly it seems. Thus the local police could issue citations to out of town motorists who little suspected that they were being taken. AAA Motor Club had a warning to their members in their pamphlets about this suspicious speed trap. Governor Lester Maddox finally had to put a clamp on this practice because of the bad image it gave to Georgia. I am just curious as to whether this is the same barbershop that Billy Crowder testified that Thurman Martin often went up to? 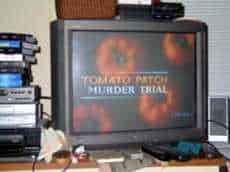 The information I have on Ludowici is from the internet only, I have never actually been there. Needless to say, I would very much like to go there however, so I can see what it is actually like. I have already gotten several emails regarding my introductory article, primarily negative, urging me, essentially, to clam up. Yes, there is much hurt in this apologue, I certainly recognize that, just about as much pain as I have ever seen in any news account. And yes, I do feel guilty, but I do not know exactly why? I just want to tell the truth here, but I sense that people want this story to disappear permanently. If I thought that was possible, I would simply stop typing. The abuse in this case is so severe, that I agree with Jean Ramirez, Billy Crowder’s girlfriend, it is justifiable homicide. If Billy had not killed Thurman Martin, it looks like Thurman would surely have killed Billy or maybe could have killed Katie or Diane Stanton.

My actual reason for writing this is to expose a hidden agenda of the media, as in say Court TV’s telling of the tale, and the way they have spun this sensitive case; of course, in the context of those times, the late 1990s. This is what most piqued my curiosity when I first found this VHS tape in an abandoned archive box during this last Christmas holidays. Look at the suggestive graphic they used of the tomatoes with the title over it! To say they were spinning this story is an understatement. They were sensationalizing it to boost their ratings and I believe they did accomplish this!

This may be the more painful aspect of this case. Court TV was making a mockery of Billy and Katie that probably hurt just as much to them, if not more, than Thurman’s blows did. Maybe Dan Broden from Court TV could defend their posture in an email to the editor? My only interest is in telling what really happened, but I believe people want it to go away. I want it to vanish myself sometimes, but I do not think it will ever disappear anytime soon. I want more than ever for Billy to get out of jail so he can pursue his lifelong dream to be an Automotive Technician. 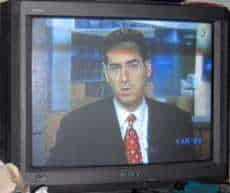 The State of Georgia was wrong in its application of the armed robbery conviction, when really all that Billy did was just take Thurman’s wallet as an afterthought. I am not a lawyer but I will study this matter closer, because it does not add up for me. The State of Georgia rendered the letter of the law, not the spirit of the law. That is obvious. The subtext for this case is the unsavory way that the media has spun it, in the feel good atmosphere of the late 1990s; the cultural climate of the country, before the World Trade Center was leveled, was vulnerable to this type of media massaging (I will call it).

Court TV was projecting the story just to entertain people, just to titillate them, and they slyly put forward the case in a jibing, put-down fashion. My guilt comes from knowing that I too laughed at it, when watching Court TV at a friend’s flat on several days. Looking at the tape Ten Years After, so much has changed. Times were easier back then, but the pain remains perpetual for family members, kin to Thurman Martin. I just want to write about the case because I think it is interesting. I am not trying to drive any agenda or gain notoriety. I’m not Truman Copote, that’s for sure!

Jean Ramirez’s web page has the most information on Billy Crowder and his case as anywhere. I hope she does not mind if I use it some to get information. Please check it out!

Here is part one, in case you missed it!