Though it has operated largely under the radar for more than a decade, Electronic Knowledge Interchange (EKI), a Chicago technology solutions provider, has done anything but go unnoticed by competitors, or major computer giants like Microsoft and IBM. But so has Killerspin, a global advocate and brand committed to driving awareness of the sport of table tennis, also based in the same city.

Both companies are led by visionary entrepreneur Robert Blackwell Jr., who founded both, and remains firmly at each one’s helm as CEO. Acknowledged industry-wide as a leader in just more than a decade since its founding, EKI provides program management, application architecture, development and support services to some of the world’s largest public- and private-sector organizations.

In the public sector, EKI developed the City of Chicago Portal and its Health Alert Network for the Department of Public Health. In the private sector, EKI was awarded Wal-Mart IT Supplier of the Year for its innovative service offerings.

“I think we’re a good company, but one that needs to get better, and can get better,” he emphasized. “We’ve got two good companies that more people need to know about, and accolades notwithstanding, our biggest challenge has been communicating. The company has not been very good at communicating about the work we’re doing or our successes, but I’m most proud of the fact that we’ve created opportunities for people to have a great life.”

Robert Blackwell Jr. is most passionate about promoting economic sustainability through entrepreneurship as a way of transforming the lives of people living in underserved communities.

He is a technology industry leader with a career over almost 30 years. Electronic Knowledge Interchange is a management and technology consulting firm with more than 100 technology and business consulting experts.

Blackwell says, “We’ve given people a chance – no matter what their background is – to leverage their talents, integrity and passions to come and work with our company. And, if they’re performers, they can create great lives for themselves.”

Blackwell volunteers his time to do motivational speaking, while also making time to serve on the boards of such groups as the National Federation of Independent Business (NFIB), After School Matters, The Belle Center, the Chicagoland Entrepreneurial Center, The Mayor’s Council of Technology Advisors, The Metropolitan Planning Commission, Perspectives Charter School, The Alliance of Business Leaders and Entrepreneurs (ABLE), The Chicagoland Chamber of Commerce and the Executives’ and Economic Clubs of Chicago. 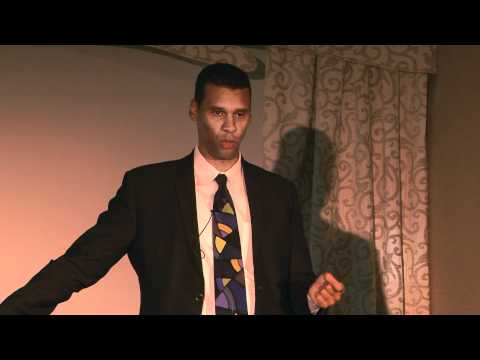