The anger of Assam based journalists was spontaneous, when they heard of the brutal killing of an Assamese reporter by some miscreants. Jagajit Saikia, a correspondent for Amar Asom, a leading Assamese daily published from Guwahati fell prey to unidentified gunmen in Kokrajhar, the headquarters of Bodoland Territorial (Autonomous District) Council in lower Assam. Shot and killed in broad day light on November 22, Jagajit, 30 left behind his wife, a minor daughter and his parents. 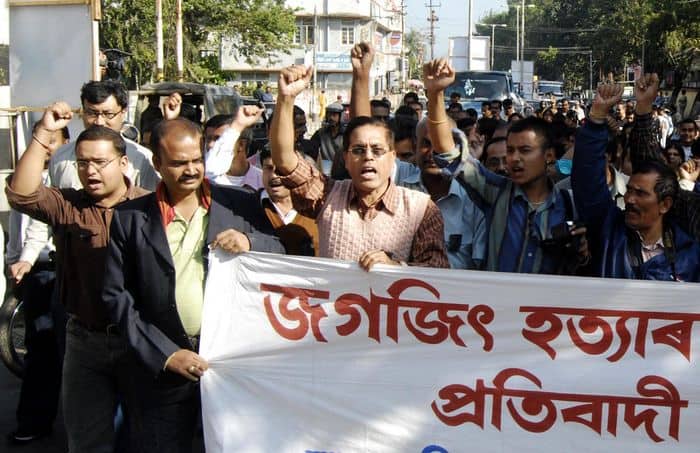 Soon after the meeting, hundreds scribes and other attendees joined in a procession to the office of the Deputy Commissioner of Kamrup (Metro) to hand over a memorandum to the Indian President Pratibha Devisingh Patil. Shockingly, the DC did not come out to receive it, which annoyed the journalists and they staged a brief demonstration in front his office. Later the memorandum, signed by the JACA president Sanjib Phukan and JACA secretary Prakash Mahanta, was sent directly to the office of the President.

The JACA memorandum revealed that the Northeast is the home for more than 50 armed outfits, who have been fighting New Delhi for various demands varying from sovereignty to self rule. The militants display a common tendency to defy the democratic values of the country. But the media fraternity, working in the trouble torn region, does their best to pursue all the values that India stands for. And hence it remains the duty of the government to ensure the safety of these sentinels of society, it insisted. 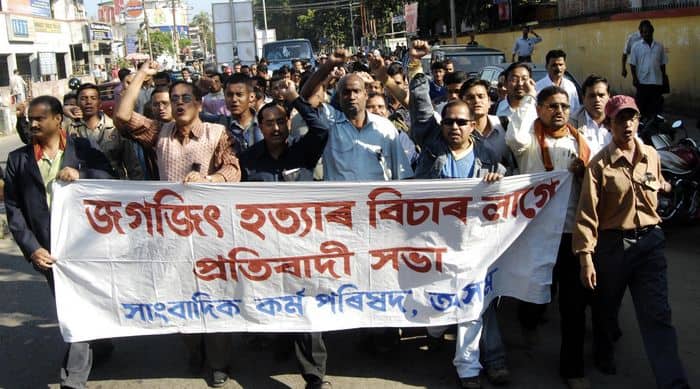 The trouble torn region earlier witnessed the brutal killing of a scribe in Imphal on November 17, when unidentified assailants shot dead Konsam Rishikanta, a trainee sub-editor of The Imphal Free Press, an English daily of Manipur. The Editors Guild of India, while expressing shock at the killings of scribes in Manipur and Assam, appealed the Indian Prime Minister Manmohan Singh ‘to take personal interest in the situation’ and if necessary, order a CBI investigation into the murder of journalists.

The Guild president, Rajdeep Sardesai later personally met the Prime Minister to apprise him about the situation in the Northeast. Rajdeep, also the editor-in-chief of CNN-IBN, while talking to this writer informed that Prime Minister Singh expressed concern over the recent killings of journalists and asked both the chief ministers of Assam and Manipur for prompt investigation into the incidents. He also recommended adequate measures to ensure the security and safety of all journalists and newsmen in the region, Rajdeep added.

The Paris based media rights body, Reporters Without Borders expressed shock at the assassination and asked ‘the authorities in New Delhi to order the Central Bureau of Investigation to carry out an exhaustive investigation to determine the motives and arrest those responsible’. The rights body also argued that the security situation is very worrying in the Northeast and it can not be acceptable that journalists should be made to pay for refusing to relay propaganda for the different parties to a conflict. This latest murder must not go unpunished, it asserted. 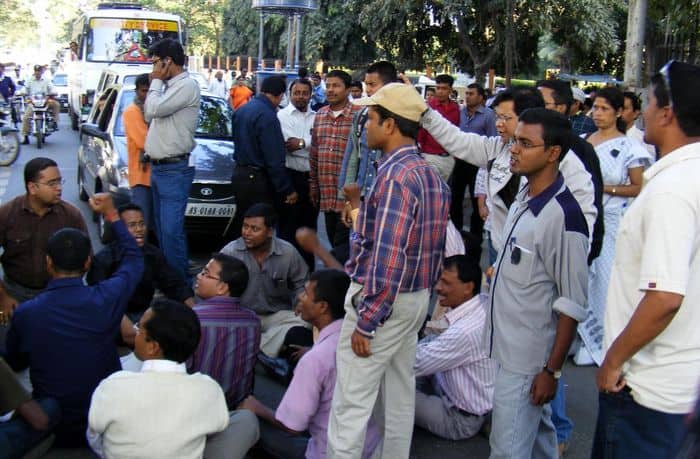 “It has been a grim year for journalists across the world. So far in 2008, at least 36 journalists have been murdered and another 17 are missing or unconfirmed as to whether they died on the job. Across Asia, two each were killed in Thailand, Afghanistan, the Philippines, Sri Lanka, four in Pakistan and at least three in India,” reports CPJ in last month.

Speaking to this writer, JFA president, Rupam Baruah argues that journalists must be safeguarded from other perspectives as well. Media in the Northeast have to work under miserable conditions regarding the economic package and job security. Many times, the low patronage from the management put the journalists in most vulnerable situation. Justice has to be delivered to the victims in a comprehensive way, Baruah asserted.