No Major Change in Myanmar

Myanmar (formerly Burma) is going to the polls next Sunday, and that has created media hype in various western countries expecting a radical change in the country under the leadership of Nobel laureate Daw Aung San Suu Kyi. But the ground reality does not support such an expectation as the November 8 general elections can not empower the pro-democracy icon to the Presidency.

Political analysts believe that the National League for Democracy (NLD) may win in most of the contested seats of the Parliament, but Suu Kyi can never be the President of Myanmar. If the present constitution is not amended Suu Kyi also can not be the minister in charge of defence, home and border affairs, as those posts are reserved for the military.

So in other ways, the ruling Union Solidarity and Development Party (USDP) is projected to hold power at NayPieTaw again, when the present President Thein Sein is expected to be elected for a second term. That finally implies that there would be no change of approach from the Myanmarese government towards the hiding northeastern militants inside the southeast Asian country, bordering India and Bangladesh in the west. 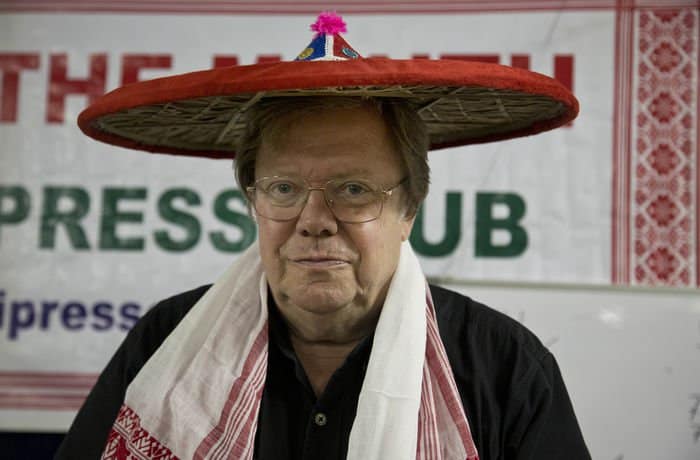 An expert on Myanmar affairs, Bertil Lintner commented that the Myanmar constitution, which was drafted by the military in 2008, carefully prevents Suu Kyi from attaining the Presidency as she married a foreign national and her two sons live outside Myanmar. Moreover, the constitution reserved one-fourth of Parliamentary seats for the men in uniform.

Speaking to this writer, during his recent visit to Guwahati from his present home city of Chiang Mai, Thailand, Lintner also added that any amendment to the Myanmar constitution needs to be supported by more than 75 percent of Parliamentarians, which is impossible unless there emerges a miraculous crack in the military clout in favour of Suu Kyi.

The NLD won a landslide victory in 1990 general elections, which were largely free & fair, but the brutal and isolationist military regime did not recognize the voters’ mandate and refused to hand over power to the elected representatives. The head of the regime, Senior General Than Shwe, who grew enmity towards Suu Kyi, even ordered brutal crackdowns on NLD activists. Subsequently Suu Kyi was also put under house arrest as a political prisoner for many years.

After 15 years of house arrest, Suu Kyi was released, but her party was not allowed to participate in the last polls for the lower house of Myanmar Parliament that took place in 2010. The military backed USDP swept the polls. The present President Thein Sein also came to the scene in place of Than Shwe and the reform process started gaining momentum. The media was also freed from censorship to a large extent.

Currently a writer with Asia Pacific Media Services, Lintner added, “As there will be no change of guards at NayPieTaw, there will be little implication over the activities of militants from northeast India, who are running camps in the jungles of north Myanmar. The Myanmarese Army would never disturb the armed militants from India, as they have less resources and no pressure at all from the government.”

The soft-spoken Swedish journalist, whose wife Hseng Noung hails from Shan State of Myanmar also clarified that the Burmese military commander-in-chief is no way accountable to the President and hence the new regime, even under a strong political personality, can not change the military approach to the militants from the neighboring country.

India’s alienated northeastern region supports more than 20 active separatist militant outfits, which are fighting against the Union government in New Delhi for various demands ranging from sovereignty to self-rule. Many armed radical outfits, who were chased away from Bhutan and Bangladesh in the last few years, have now concentrated in the Myanmar-China border areas.

Lintner also mentioned about China’s inherent support to northeastern militants taking shelter in the jungles of Myanmar. He described that the Beijing’s involvement in anti-Indian insurgent activities in the trouble-torn region is tied up with the struggle over Tibet. The presence of the exiled Tibetan spiritual leader Dalai Lama in India simply makes the Chinese control over Tibet incomplete, he asserted.

However Lintner stated that it would be difficult for the militant outfits including the Paresh Barua-led United Liberation Front of Assam (Independent) to achieve much from their hideouts in Myanmar.

Nonetheless, militants from the region have recently planned to have a new forum named United National Liberation Front of Western South East Asia. The National Socialist Council of Nagaland leader SS Khaplang, even though he is not keeping well now, is presently leading the united forum until a new influential leader emerges.