In the establishment of Bhutan, the major credits go to the Tibetan, Nepali speaking Bhutanese and Kuchbihari. The first Royal Dynasty of Bhutan was the Namgyal who came to Bhutan as “Auatari Lama” from Tibet and laid the strong foundation of the prosperous Bhutan. The Dharmaraja Namgyal established the law in the country.

In 1861 B.S. the laws, regulations, rights and measures of Gorkha were introduced in Bhutan. At the time of Dharmaraja Namgyal, Bhutan’s relationship was not only with Gorkha but also with the Malla Kings of Kathmandu Valley and the Sen Dynasty kings of Nepal. The different skilled craftsmen were brought from Nepal to build the Buddhist Stupa and Monasteries, these people of the various ethnic groups began to settle in Bhutan.

The Hindu Priests from Nepal were also well recognized during the period. The relation between the Hindus and Buddhists were extremely harmonic since they were engaged in building the government monasteries and used to celebrate their respective festivals together.

The idols of the five Gods were placed in the government monasteries and the Royal family strongly believes in the presents of “the Shivatwa to the Buddhatwa and the Buddhatwa to Shivatwa” that is why the King had great faith on Halesi Mahadev of Khotang and Swaymbhu. Thus, as Nepali speaking ethnic groups had settled in Bhutan since the early beginning, they are regarded as authentic Bhutanese citizens.

During the eighteenth century, most of Bhutan was covered by a dense forest. During 1725 A.D. as well as managing the socio-habitat in the country, the Nepali speaking Bhutanese who were already in Bhutan for centuries were given the responsibility to safe-guard its borders.

The Nepali speaking Bhutanese like Brahmin, Kshatri, Newar, Limbu, Rai, Gurung, Magar, Tamang, Kami, Damai etc were working by heart and made major contributions to the development of southern Bhutan. The Nepali language had been granted the status of a lingua franca from the history. Therefore, the Nepali speaking Bhutanese had not faced any difficulties in terms of language. Even though the priority was given to Buddhism, all ethnic groups were free to follow Hinduism or any other religion and were free to wear any traditional dress.

The titles “Dharmaraja” and “Devraja” have been used by the King and the Prime-minister as “Shree Panch” and “Shree Teen” in Nepal. These titles were used throughout history and we should keep in mind that these words were created in Nepal. So, the influence of the Nepalese language was from centuries ago.

In 1907 A.D, Devraj Pellop Wangchuk abolished the “Dharmaraja” system and started the Wangchuk dynasty, which was adopted forcefully with conspiracy. No one can deny the greatest contribution of the Nepali Speaking Bhutanese people in the establishment of Bhutan before the Wangchuk Dynasty and as well as helping the Wangchuk Dynasty.

During this period, the East India Company had ruled India and didn’t want Bhutan to maintain the Royal regime. Nepal had good relations with the British in order to help the Nepalese Speaking Bhutanese and the Wangchuk Dynasty.

The Nepalese Government helped prepare a delegation committee including the Devraja Pellop Wangchuk and convinced the British to maintain the Institution of the Royal Dynasty in Bhutan. Chandra Samsher had a good relationship with the British and it was through him that the relationship was established between the Wangchuk dynasty in Bhutan and the British in India. But, it is a matter of great disappointment that such a historical event is forgotten through time and the Nepali Speaking Bhutanese from Bhutan were kicked out after the census of 1988 A.D.

The Nepali Speaking Bhutanese were ordered to either show proof of their residence prior to 1958 A.D. or be expelled. Later on, even those who produced such evidence were beaten up and forcefully expelled after burning up their documents. What injustice can exceed such a brutal expulsion? Where were the people who talk about Human Rights and Justice? In 1971 when Bhutan became a member of the United Nations, its population was declared as one million and later in 1988 came to be only seven hundred thousand.

This was a strategy to compel the Nepali Speaking Bhutanese people to leave the country. If the United Nations investigates the history of civilization in Bhutan then these facts can be verified.

Forcefully throwing out the Nepalese Speaking Bhutanese from the country will prove the brutality of the Crown of Bhutan. Recently in India, the Bhutanese King Jigme Singhe Wangchuk told the media that not all Bhutanese refugees in Nepal are Bhutanese.

This is a perfect lie. Ignoring all realities, no one can trust such a tactic to label genuine Bhutanese citizens as illegitimate citizens. Such a statement is contrary to the interest of both Nepal and Bhutan and needs reconsideration as soon as possible. The statement may set a bad image of the King and the Kingdom in the international community.

Bhutan is considered a Buddhist country but its actions against its own citizens by framing false court cases, inciting rape and expelling them out of their own country made it a cruel irony of the Buddhist religion. Nationalism is not just a sentiment but also the right to live as human beings. Yet, when its citizens have been deprived of their own nationalism, how can Bhutan be considered as a nation?

The Bhutanese refugee problem was almost on the verge of being resolved and may have been, had it not been for some of our diplomatic Mafia including the then Ambassador to India and Bhutan, who secretly convinced with the Bhutanese by agreeing the mandatory adoption of the Jongkha language and the Kira (Tibetan dress) dress plus will be treated as cheap labor.

Speaking truly, this is not a bilateral problem between Nepal and Bhutan because of India-Bhutan treaty of 1949 AD (the Defense and Foreign Policy will be controlled by India). In order to solve the Bhutanese refugee problem, Nepal, Bhutan and India should make joint efforts. India cannot stand aloof from this problem as India’s collaboration in engendering the problem is apparent in one way or another and it is certain that the issue cannot be resolved without Indian consent.

It is well known to the Bhutanese King that the Nepalese Speaking Bhutanese people are faithful to the Wangchuk Dynasty. The book written by Mr. Tek Nath Rijal “Nirvasan (Exiled)” also highlights the real situation of Bhutan. The fact is that Nepalese Speaking Bhutanese people always wanted to live in peace by maintaining a good relation with the King. For some time, the Bhutanese leader Mr. Tek Nath Rijal has been visiting various relevant centers in Europe and America and advocating the right of the Bhutanese refugees to return to their home country and the international communities are also showing sympathy for Mr. Rijal and the refugees.

Recently, the United States of America came up with a solution (or rather, a new problem), that is, giving a Refugee Visa to Sixty thousand Bhutanese Refugees staying in Nepal. Do they have any solution for the rest of them? If the American Government really wanted to help these people, I suggest they start talking about a real solution. The real solution is, sending all of them back home (to Bhutan) with respect. All the intellectuals are confused, why do the American and Indian Governments never talk about Democracy and Humanity in Bhutan. 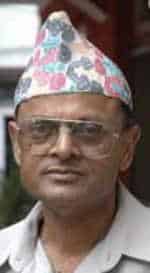 Everybody knows that it is easier to create problems than to solve them. The aforementioned points are not for creating problems, rather to help to solve them. So, I would like to suggest a quadrangular talk between Mr. Rijal, Bhutanese, Indian and American Diplomats, with the aim of creating a real humanity based decision. This is the right time for all the developed countries to prove that they are still interested in a humanitarian platform.

The new King, Oxford-educated 28-year-old Jigme Khesar was recently crowned in a coronation ceremony. This is his golden chance to solve the Bhutanese refugee problem. Without solving the refugee problem, talk at the coronation ceremony and about democracy is useless. The Bhutanese King cannot turn a deaf ear and maintain this situation, rather, he should be flexible.

I believe the new king is in a position to recall the Nepalese Speaking Bhutanese citizens, including Mr. Rijal, back to their country without conditions so they can settle down as they had prior to 1988 A.D. These people are ready to accept all the terms and conditions that the first citizens follow. Let by-gones be by-gones. Now, if the Bhutanese new King Jegme Khesar himself would gather the facts and find out the reality and solve the long standing refugee problem, which would certainly be a great success for Bhutan and the Bhutanese Royal institution.

I am looking forward to seeing a prosperous Bhutan.