.” …. in our village a boy has been suffering from a serious disease for several months. He couldn’t get rid of the disease. He confided to his parents that he dreamed that 4 women witches including myself took him to our den and have been harassing him in different ways. His parents discussed the matter with our village people.

Hearing this, the village flew into a rage and attacked the so-called witches including myself. They beat us black and blue and I fell senseless and my friends fled away from our village. Later, the same mob also attacked and torched the houses of our 2 neighbours, but they left the village by that time. 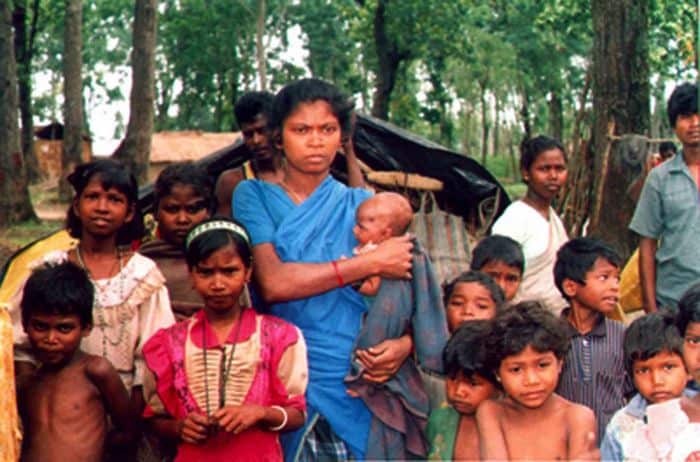 But already this mob hacked 3 members of a family to death (including a one-and-a-half-year-old child) of our village on the night of July 3, 2001. At the present time we feel unsecured …..,” explained this gory episode pregnant Sura Hembram, who hails from Saharpur village under Basugaon Police Station (PS) under the Kokrajhar district of Northeast Indian State, Assam.

.” …. my stepbrother and I had on our landed property, which I inherited after the death of my father. So, to capture that property, my stepbrother hit upon a plan and according to that plan, he conspired the matter with a village-quack and turned me into a witch. 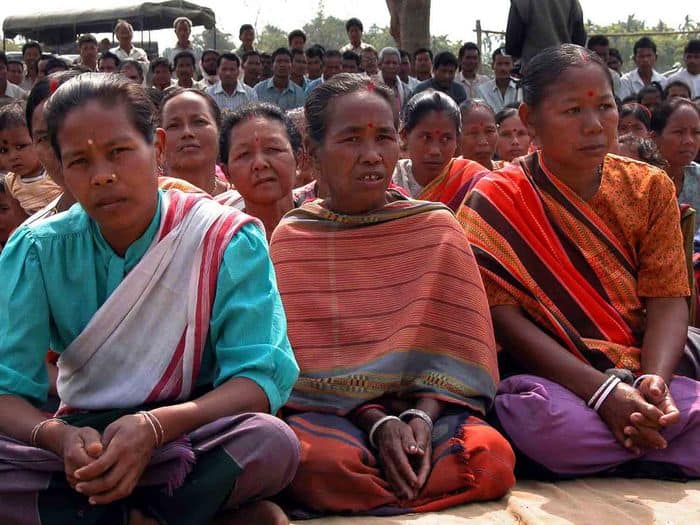 The quack and my step-brother then began to propagate in the village that I am the cause of creating various diseases in our village; then one day a section of our village people took me forcibly to a place and began to torture me and at last, they buried me to try to kill me with suffocation. All these are done to occupy my property. But I escaped …..,” expressed this in horrified voice Subhadra Basumatary of Silapara village under Dudhnoi PS under Goalpara district of Northeast Indian State, Assam.

.” …. it was an incident of one Sunday, when a gathering like other such gathering was arranged in the Kalikot Tea-Estate at latter part of the day under a cluster of bamboos. Sani Charoa Oraon, Jaanguru (that is, village-headman) was presiding over the meeting. 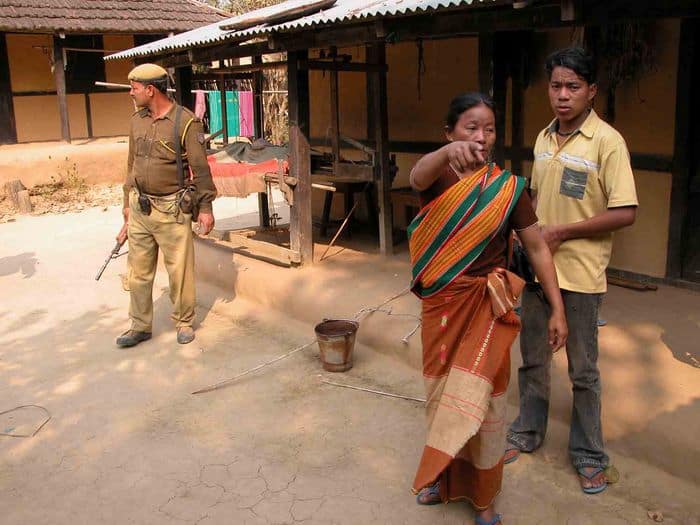 In that Gaon-Sabha (that is, village-meeting) five women (Binsari Oraon, Etoari Oraon, Sumari Oraon, Menja Munda and Pakka Kharia) of our village were called to attend. It was alleged that those five women were none but five witches, who caused the death of Bandhe Oraon (42), the resident of Kunjaline village near the said tea-estate.

The brother of the said tea-estate car-driver, Raju Oraon explained at a village meeting that his brother suddenly fell ill on July 23, 2002 and the next day they rushed to the nearby hospital (which is situated at Malbazar area). But, his brother could not survive and died. He begged justice because, at the time of his brother’s death, five witches appeared in our village and those five witches were none but the said five village-women of our village; in a word, his brother’s death was caused by those women. 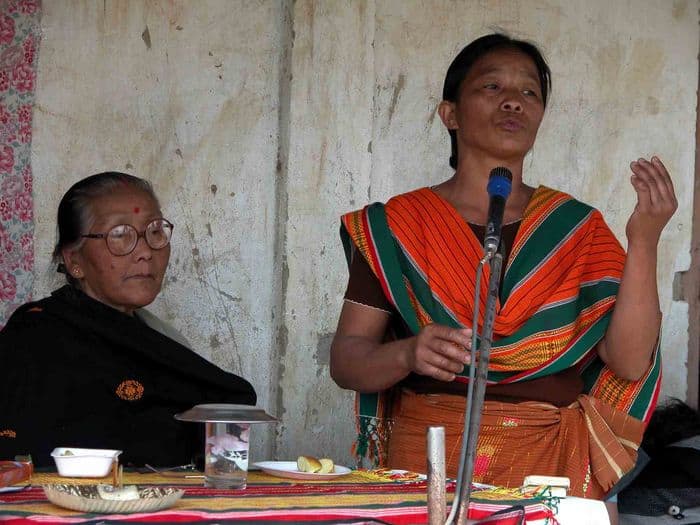 After hearing all these things, the people of our village then termed them as witches and a brutal punishment was inflicted upon them. It was decided that they would be brought to death by pelting stones towards them and beating them by the heavy sticks and he, who would try to prevent this inhuman deed, would have to be made himself ready to face serious consequence, even, death …..,” described fearfully, local labour leader of Kunjaline village under Meteli PS of Jalpaiguri district of the Northeast Indian State, West Bengal.

“Witch-hunt” or “witch-slaughter” is now one of the most brutal deeds ever committed by rational people since the dawn of civilization. This is a great horror and it haunts the innocent women like anything. According to the recent news a lot of innocent women are butchered or burnt to death on the charge of witchery. 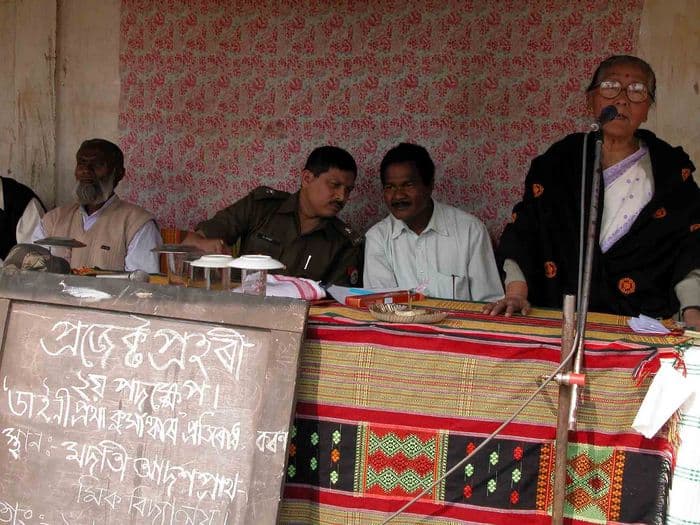 Several reasons they play a dominant role behind this inhuman torture and killing, poverty, illiteracy, superstition, fear are all the reasons that act directly and indirectly to give birth to such a belief in witchery. But the most heartrending cause is the voracious attitude of the relatives or near and dear ones to gulp his or her property.

But prior to this, tricks after tricks are played to give up the right upon the property coveted for and when all these attempts turn fruitless, they hit upon a plan to get rid of these women or men by giving this scurrilous name the ‘witch’. They calumniously start to call them witch and then murder them when the opportunity appears. 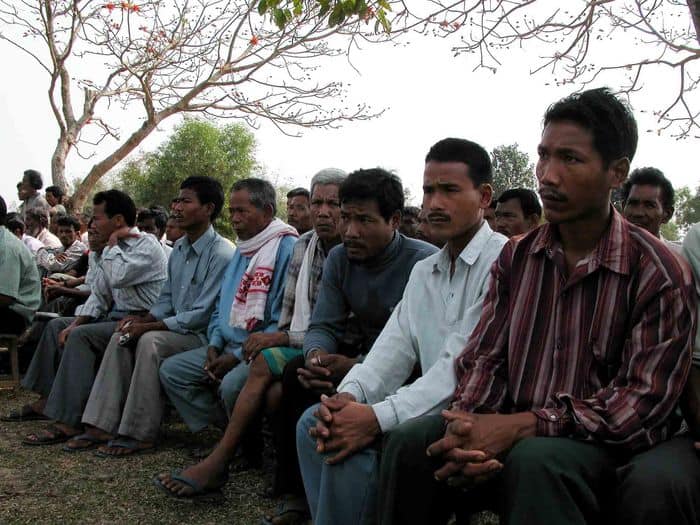 The so-called witches are very unfortunate inhabitants of the villages, who knew the art of healing a few common diseases but they fail to cure, they are termed as witches. Sometimes, when any epidemic breaks out, the mischievous persons the so-called opportunists take chance and try to exterminate her or him.

Witch-hunting is a great ruinous attack upon the growth and development of civilization. It occurs, when there is a great transformation going on in our thoughts, manner and movement etc. Today, humans live in an age where science and technology lords over everything. Today the society is more rational than the society was in the 18th, 19th and 20th centuries. The human being and his society have won victory over superstitions, religious bigotry and worn-out beliefs.

But, yet the people cannot shake off the idea of hating and killing the so-called witches. These deserted men and women, who people call witches, know different arts of healing diseases. These men and women are generally acquainted with ‘black-art’. They know some magical fits or enchantments by means of which they help to overcome some domestic problems.

It is said that they can whip out the obstacles that often stand to easy marriage of the unmarried girls, employment of the unemployed youths, to solve problems related to litigation and so on. But there are some mischievous persons, who don’t want all these to be solved and so try to find out fault with them and make plans to harass them; kill them and in some cases ravish them. 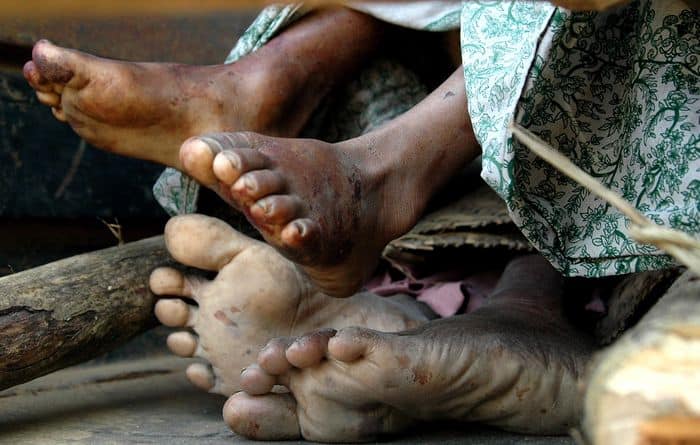 As a result of this, neither any patients nor any men or women victims of any accidents have any sort of help. It is an astonishing fact that those, who are engaged in harassing and killing the so-called innocent witches, belong to same clan or tribe or group.

According to some particular class of inhabitants of the village, they harass these men and women in order to free villages from the evil influence of the witches. But it happens due to the envious attitude of some important people cannot do anything to fit fat personal desire or wish due to power, popularity and personality of the women, who they call as witch. 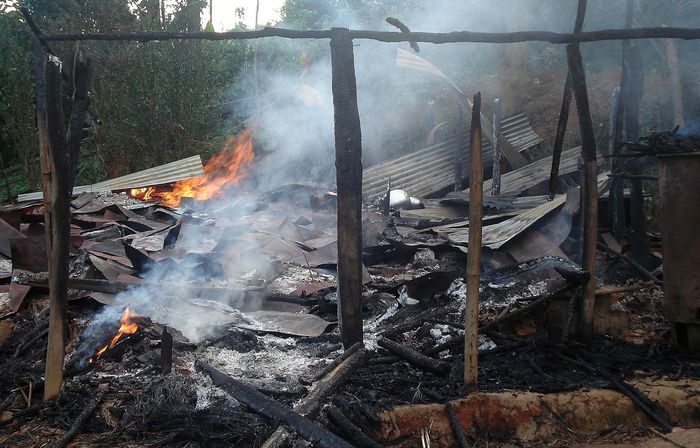 “This is a dangerous trend. Shortage of doctors, nurses and the Primary Health Centre or Public Health Centre (PHC) in remote or rural areas compelled the tribal clans to rely or trust on Kabiraj (that is, exorcist or sorcerer, locally called Ojha or Baiga) and also the quack, who on failure to cure serious diseases, put the blame on witch-craft and numbers of Tonhi or witch,” explained Ms. Promila Rani Brahma, a prominent women Bodo leader and the former Member of Legislative Assembly (MLA) of Kokrajhar constituency under Kokrajhar district of Northeast Indian State, Assam.

‘All Bodo Women’s Welfare Federation (ABWWF) planned to launch a vigorous campaign among Bodo villagers against this wicked process done by a section of exorcists and quack’s the further added.

On the other hand, Jyotsna Chaterjee an activist of New Delhi (capital of India) based Women’s Non Governmental Organization (NGO), Joint Women’s Programme claimed, “The patriarchal society is reluctant to give women their property rights and the widows are regularly killed after being called witches.”

She further revealed, “Their standard excuse seems to be that it is a family dispute and there is no need to take the matter to the court. In most cases, the women targeted were either widows or older single women and therefore, more vulnerable. The belief in the existence of witches is strong and deep-rooted especially in tribal communities. Older women, especially widows are supposed to have an evil eye and are considered inauspicious. The practice reflects the low status of women, particularly widows.”

But, the National Commission for Women (NCW) has mooted introduction of a subject relating to ‘Dayan Pratha’ or witch craft in the syllabus of primary education in the Eastern Indian state, Assam. The idea behind introducing Dayan Pratha in the curricula of Primary Schools is to bring about awareness from an early age to do away with the primitive practice of witch hunting based on superstitious beliefs, according to the Neeva Konwar, member of NCW of the Assam State chapter, who also claimed that the witch-hunting like, an infectious disease that spreading to newer areas.

Though, the chairperson of the NCW of the Assam State chapter, Mridula Saharia blamed that the need for better Medical (health), Education, Drinking Water, Sanitation and Transportation facilities and certainly mass awareness in remote rural areas to eradicate the evil practice. And, women cell and Mahila Panchayet Pradhan (Woman Village Panchayet Head)s should be activated at Village Panchayet and District Headquarter levels of the Indian states to tackle the evil.

“Even, the ‘Church’ with close bonding with the tribals and the Adibashis have preferred to keep away from the sensitive subject. Although we have made clear our objection to witch- hunting or witch-burning issue,” disclosed Justin Lakra, an Adibashi Santhal Students’ leader of the Northeast Indian State, Assam.

The killing of women suspected of being witches is a frequent phenomenon in the parts of northeastern and central India. Those, who intent to exploit unguarded women turn them into witches, these people don’t honour and follow the conventional methods of the society and they decry social customs etc.

“More than 300 numbers of cases of Tonhi, (Means: Witch, locally called in Chhattisgarh State in India) and resultant deaths of more than 100 numbers of woman have been reported since 2005. Public abuse and disrespect imposed on the minds and souls of the victims keep alive forever. And to get rid of that lots of women commit suicide. Though, in India, only in our state has an act (known as, Chhattisgarh Tonhi atyachar [Niwaran] Act, 2005), against witchery, but everything depends on State Government, who may arrest the go-wild above situation through the above law,” claimed Dr. Dinesh Mishra, president of an association against superstitions of Chhattisgarh State.

The NGOs should go to those villages, where the incidents occurs, enquire the case thoroughly specially those, who became victims of exploitation witch-craft and clearly explain to them the reasons by behind the victims, so that, the villages could realize the causes of witchery smoothly. Otherwise, such barbaric incident would occur and the helpless unprotected women would have to face these unfortunate “death.”