The long-standing demand of Bodos and Bodoland organizations for a separate Bodoland State and their political rights came to a head as multiple organizations arranged a national Highway Blockade on 9th January.

The organizations included the All Bodo Students Union, national Democratic Front of Boroland (p) and the People’s Joint Action Committee for Boroland Movement.

The aim of the series of rallies was to:

The groups submitted an information letter to both Prime Minister Modi and the Home Minister.

The indigenous Boro people, living in Assam have long been victimized through socio-economic explotation, suppression, oppression and political domination. They say they are in danger of total extinction because of the actions and inaction of Assam and India.

It has been 70 years since India became independent, and the state has failed to protect, preserve and safeguard the Boro people, their land, their identity, their language, and their culture. Fifty years ago, in 1967, the Boro people launched their movement for socio-political rights. Thirty years ago, in 1987, the All Bodo Students Union launched the first phase of their movement for a Bodoland state.

Before the last election, the BJP promised to resolve the issues that had dragged on unresolved for many years, and Bodos voted for that basis and swept them to power. Two and a half years have now passed and the BJP appears to have lost its political will to resolve the issue.

The Bodos have been very patient, but their patience is running out.

In 2013 and 2014, four rounds of tripartite talks were held between the Assam and UPA Governments and Bodo groups. The issues were not resolved.

For these reasons and others, a blockade of the National Highway was arranged.

The National Highway Blockade is not the end of the actions planned.

Some essential services are exempt from the blockages. These include Defence, Press, Milk vans, Medical, Wedding Parties and Educational excursions.

The groups are appealing to the Government of India to resolve the Bodoland issue with a pragmatic policy decision and promised before the election. More than five thousand lives have been lost during agitations over the past fifty years, but the groups are determined to continue their agitations while the government ignores their demands and breaks the promises made. 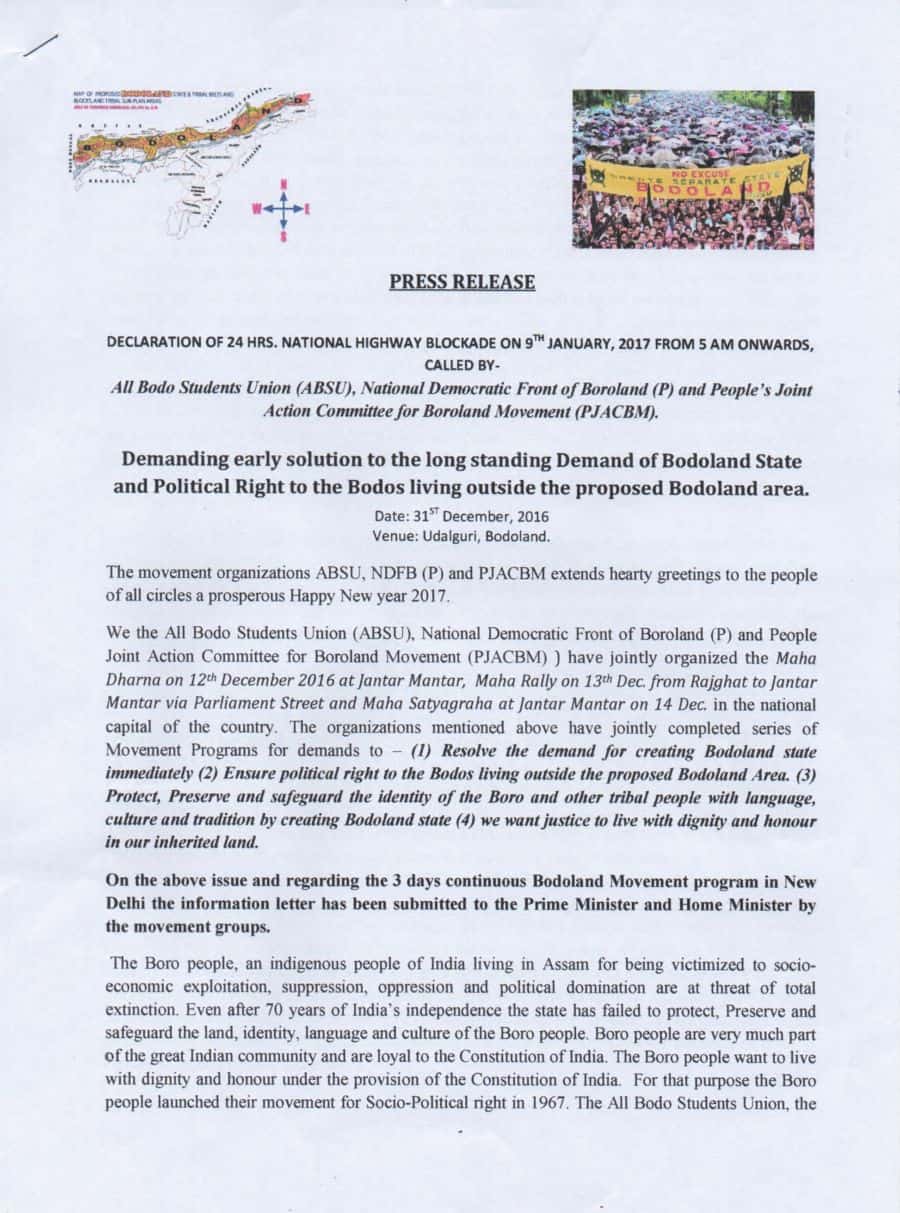 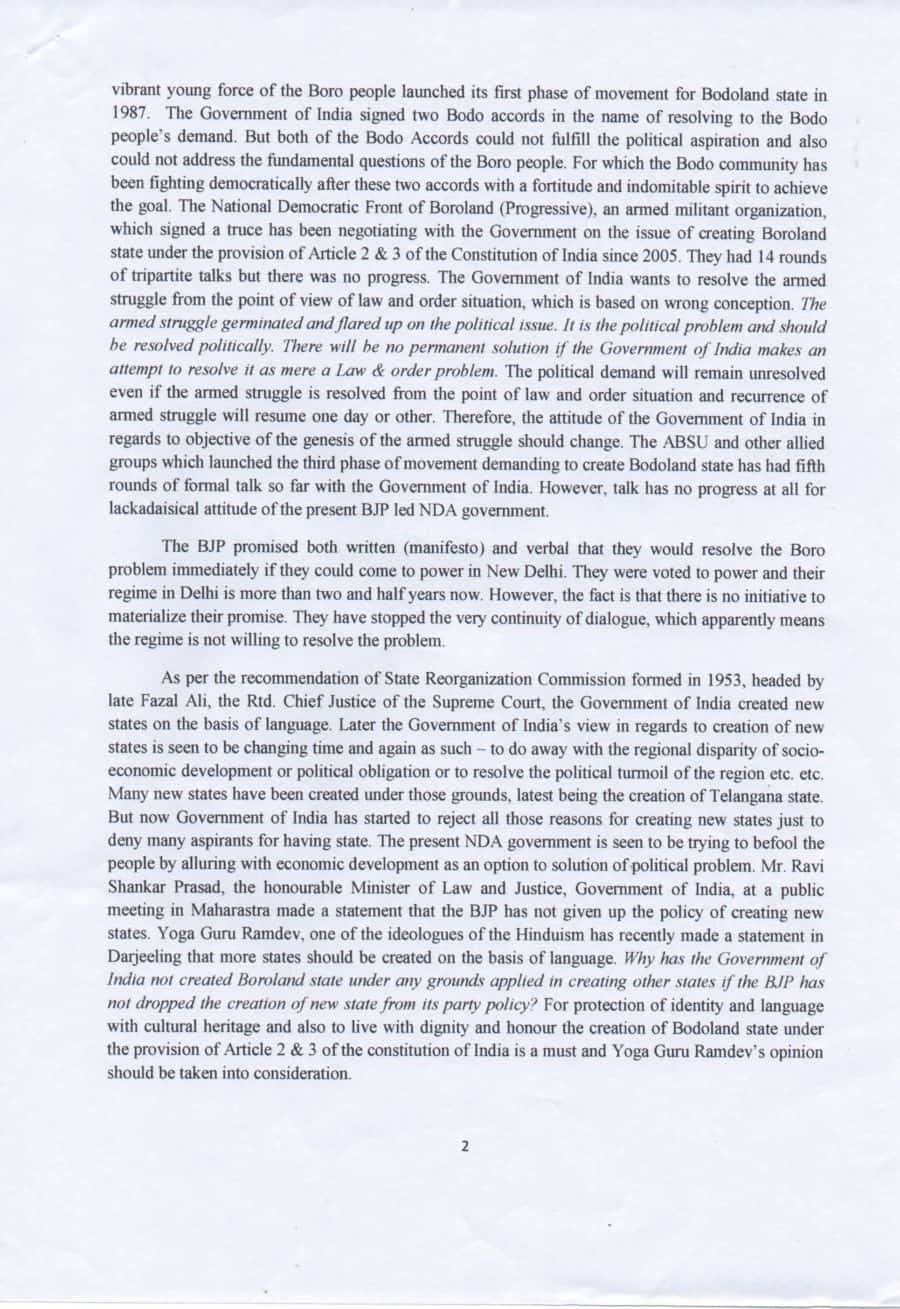 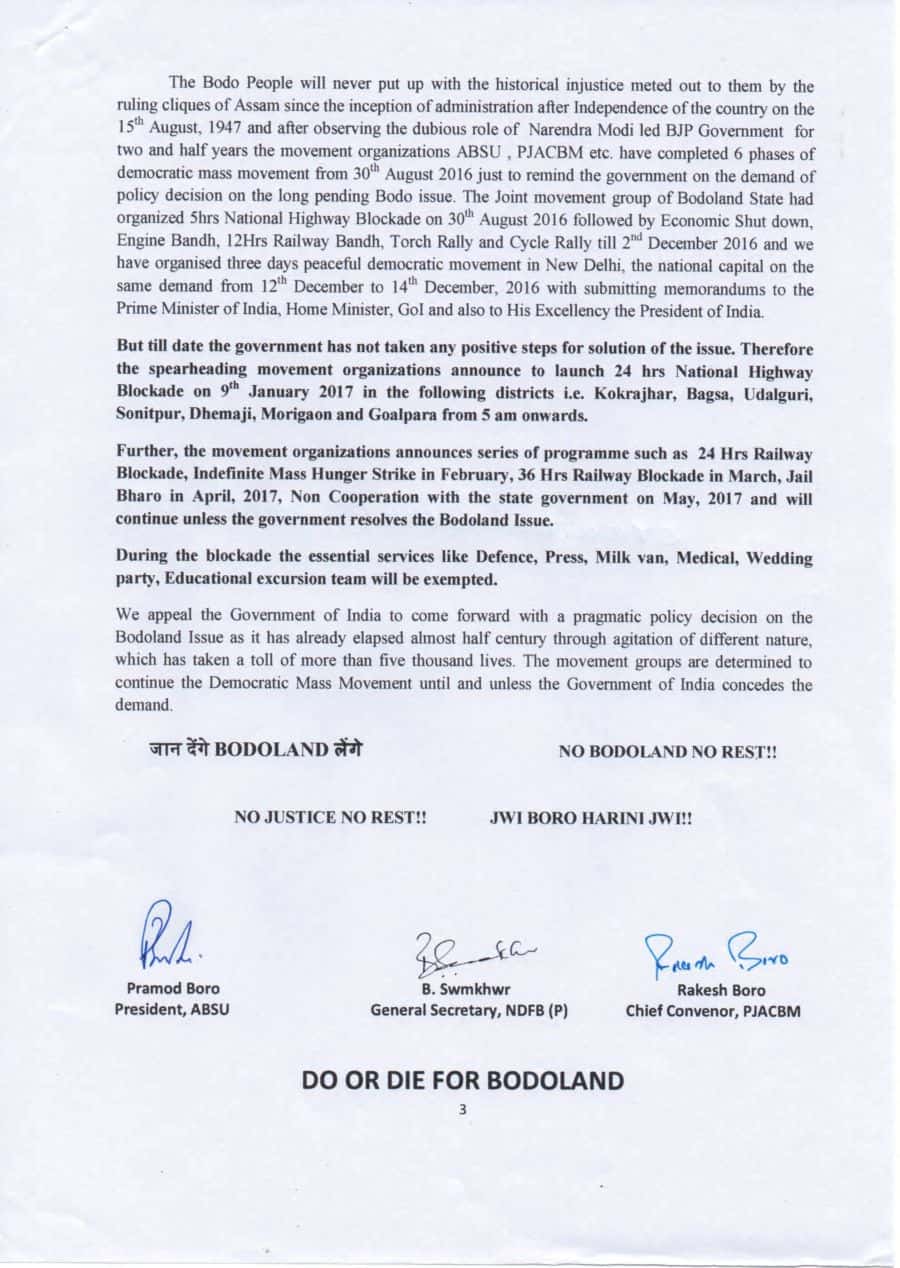