Syrian Kurds are a distinct group and they have lived and owned their lands close to the Turkish and an Iraqi borders for decades. They have been subjected to systematic discrimination. The People’s Protection Units is a mainly-Kurdish militia in northern Syria and the primary component of the Syrian Democratic Forces. The YPG mostly consists of ethnic Kurds, and also Arabs. They secured the north region of Syria and their control was concentrated in three predominately Kurdish regions, Afrin, Kobane, and Qamishli. 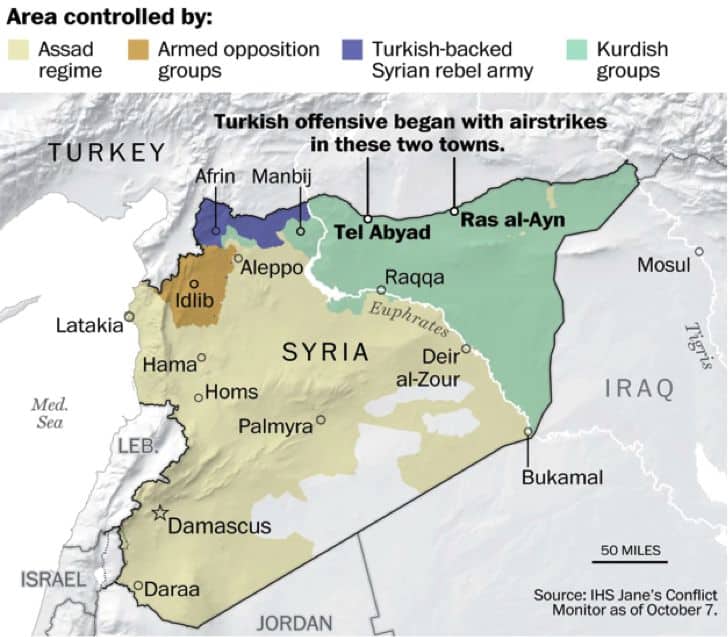 The YPG fighters joined US lead coalitions against Islamic state group becoming the spearhead of Syrian Democratic Forces also known as SDF. SDF Influence widened to Manbij and Raqqa. Sometime in 2017, ISIS were defeated in both cities. The Turkish are always concerned about the Syrian Kurds.

After the US announcement that they withdrawal their forces from Northern Syria, Erdogan ordered a Turkish offensive against northern Syria “to fight ISIS” and “to bring peace to the area.” Turkish President Recep Tayyip Erdogan announced the beginning of the operation to create a “safe zone” cleared of US-backed Kurdish militias, which Ankara labels “terrorists.”

The dictator Bashar Al-Asad and the Iranian terrorist regime are very pleased about the US decision. Hassan Rouhani, Iranian president said “Turkey has concerns about its southern borders, and it is their right that these concerns be alleviated, but the right path should be chosen. The solution for security in the northern borders of Syria and southern borders of Turkey is possible with the presence of Syria’s army.”

The Syrian regime with help of their allies will attack the Kurds from the South and the Turkish government will attack the Kurds from North. The Syrian government crushing of the rebellion in Syria with help of their allies will also continue. This will strengthen Iran and Iranian allies’ forces throughout the Middle East, which get Iran closer to the regime’s primary goal, to project power throughout the Middle East to counter Israeli, and Saudi influence in the region. 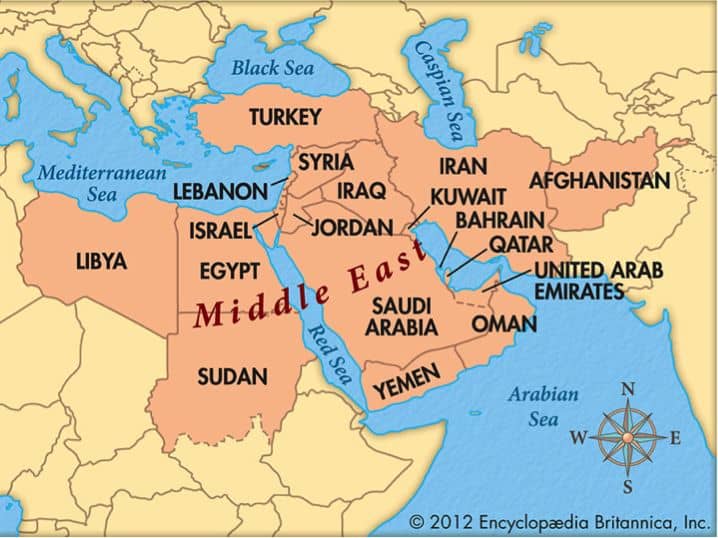 By now everyone should know Bashar Al-Asad well enough, a dictator who is killing civilians in Syria. Some estimate he murdered more than half million Syrians who were protesting for their own rights, and six million refugees fled Syria. United States abandoning the Kurds is like giving permission to Bashar to mass murder more people and this time is the Syrian Kurds. Will this be another humanitarian crisis this time in northern Syria? Could or better say will the Untied States stop this humanitarian crisis?

Even though the Trump administration designated the IRGC as a foreign terrorist organization in April, Yemen’s Houthi rebels with help of Iran have launched a few drone attacks on a civilian airport and a strike on Saudi Arabian oil facilities.

US withdrawal also means America’s Syrian Kurdish allies are at risk of losing control of the vast camp. The head of the Syrian Democratic Forces, Gen. Mazloum Kobane said “There is a serious risk in al-Hol. Right now, our people are able to guard it. But because we lack resources, Daesh are regrouping and reorganizing in the camp,” he said, using the Arabic acronym for the Islamic State. “We can’t control them 100 percent, and the situation is grave.”

While the US trying to defeat ISIS, withdrawal from North Syria isn’t going to help them to reach their goal, in fact ISIS may regrow in the region. The United States will be handing Middle East to Iran and their allies if they don’t help the Syrian Kurds.

The Iranian regime is keeping MiddleEast unsafe by deploying IRGC to interfere with other countries. Meanwhile creating such an event as “Iranian regime’s military parade terrorist attack” is just to give themselves an excuse to arrest Ahwazi activists in Ahwaz. 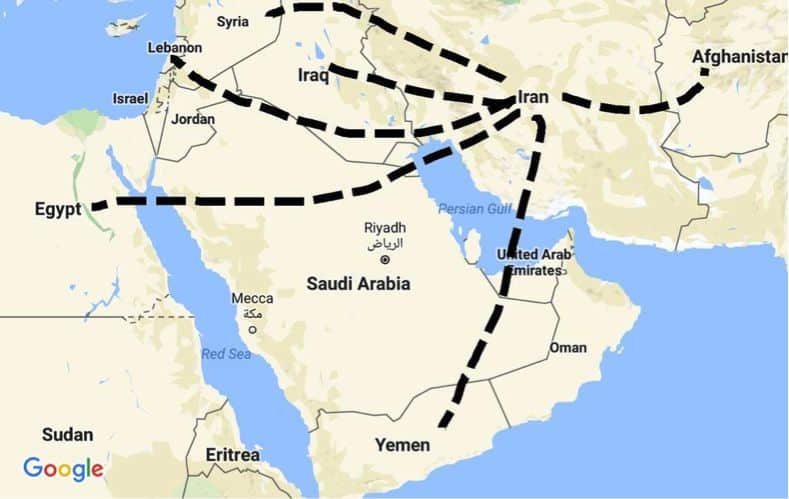 While the Iranian regime’s economy continues to suffer, the damage is so great that the regime is doing everything to stop Trump from getting re-elected. A hacking group linked to Iran government attempted to break into US President Donald Trump’s re-election campaign.

Iran has mastered conquering a country without replacing its flag and Lebanon, Iraq, Yemen, and Syria are a few examples. Meanwhile IRGC continuous their terrorist attacks, assassinations and kidnappings, and it’s sponsor attacks against Coalition Forces in Iraq, and drone attacks in Saudi soil.