Elections have closed in Tehran, and President Ahmadinejad has been reconfirmed in his position as President of Iran.

It was not easy to manage the protesters, along the roads of Teheran, who were against the election result, reconfirming Ahmadinejad for the next four years. Now USA has to face a political enemy again, but some in the US are happy with this result.

Iranian opposition supporters, wearing green clothes for the more moderate leader Mir Hossein Mousavi, protested all around the town, by firing pneumatics and shouting “Death to the dictator” and that the Government “Has lied.”

According to the TV channel al-Arabiya three people were killed during the protests. It has been ten years, since the student protests of 1999, that such violent episodes have been seen. Hundreds of opposition protestors were seen in the street shouting against Ahmadinejad. 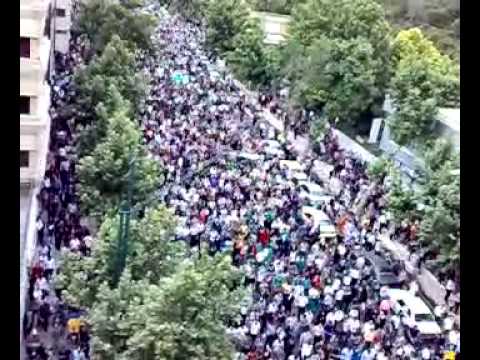