Fourteen thugs linked to a terror cell were arrested in Bahrain on March 26, many of them linked to Iran and others to Iraq. Caches of weapons, explosives and homemade bombs were also seized from them, according to the Interior Ministry. They were plotting to assassinate key figures in Bahrain and attack major installations. Quite a few had received weapons and militia training from Iran’s Islamic Revolutionary Guard Corps [IRGC]. Investigations showed the men had travelled to Iran no less than 66 times to attend training camps so they could carry out terrorist attacks in Bahrain.

The arrests clearly establish the authenticity of a report released a couple of weeks ago by the Belgium-based European Iraqi Freedom Association and the International Committee in Search of Justice. For the record, the former is chaired by Scottish MP Struan Stevenson. It said that Iranian operatives were planted in several Arab countries, including Bahrain, to destabilise their governments and accused the Iranian regime and the IRGC of expanding their interference in Bahraini affairs since the unrest in 2011.

The report also said that Iranian leaders openly discussed meddling in Bahrain “and claimed that interference in Bahrain was the regime’s inalienable right … Other officials of the regime also called for the overthrow of Bahrain’s government and the country’s annexation.” It cites Mullah Ahmad Jannati, Tehran’s provisional Friday prayers leader as declaring in his sermon on July 8, 2011 that “Bahrain must be conquered by Islam and Muslims and win over American forces dressed up as Saudi forces.” 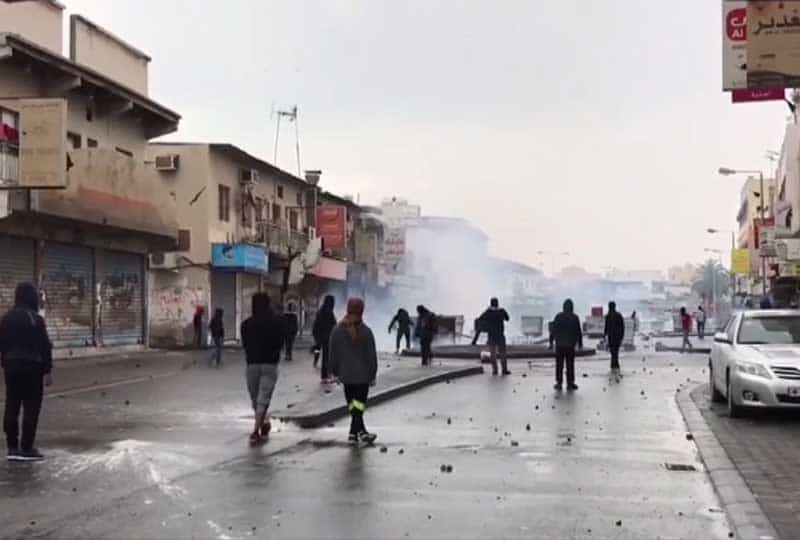 The report goes on to say that the 2011 political unrest in Bahrain was discussed in detail by Iran’s Supreme Security Council, which concluded that an intervention was necessary. But since this could not be achieved openly due to the fear of international reaction, it decided to do everything secretly and through the IRGC, and nefarious outfits such as the Quds Force, the Lebanese Hezbollah and affiliated groups.

And finally the report asserts that Iran engaged IRGC agents in Iraq to support radicalized groups in Bahrain “and in late 2014 the Quds Force accelerated the dispatch of arms and explosives to Bahrain and set up a number of networks. It also engaged Hizbollah groups in Bahrain on the pretext of trade and family relations.”

It is in the context of the presence of underground, Iran-backed, anti-government cells in Bahrain, lately handled by two Iran-based Bahraini fugitives, that the March 26 arrests have to be seen. Far from being a case of a stray cell being exposed, it is a case of a well-planned and long-term anti-Bahrain policy of Iran that is responsible for the spread of terror in the region.

Bahrain has long accused Iran of interference in its affairs, harbouring wanted terrorists, funding cells to attack men and installations in Bahrain and training radical groups. It even cut diplomatic ties with the country. But something more is needed after the March 26 arrests and seizure of dangerous caches. Bahrain is a small country. It is time America and Britain, which already have a naval presence in Bahrain, and the Western countries in general which believe in the rule of law and international amity, took strong diplomatic action against Bahrain’s wayward neighbour across the Gulf.