The Iranian Resistance warns of the imminent execution of political prisoner and laborer Mr. Gholamreza Khossravi Savadjani that was transferred Wednesday morning, May 28, from Ward 350 of Evin Prison to the section for the implementation of sentences in this prison and calls on the international community, especially the European Union, the U.S. government, the UN Secretary-General, the High Commissioner for Human Rights, pertinent UN Rapporteurs, and all organizations and societies that defend human rights and freedom of expression, to resort to immediate and effective action to prevent the criminal execution of this political prisoner.

Mr. Gholamreza Khossravi, 49, from the city of Abadan, father of a child and a welder, was condemned to death on the mullahs’ fabricated charge of “Moharebeh” (enmity towards God) on April 21, 2012. He is one of the political prisoners of the 1980s who was imprisoned for five years in Kazeroun prison at the age of 16 for supporting the People’s Mojahedin Organization of Iran (PMOI/MEK). He was once again arrested in 2007 and while deprived of the least fair legal process was condemned to six years in prison. The mullahs’ judicial system, in the peak of the Iranian popular uprising and while just two years remained of his sentence, took him to court one more time and condemned him to death for his monetary contribution to the PMOI charging him of Moharebeh. The clerical regime has time and again tortured him to extract forced TV confessions. He who has been in prison for eight years has spent over 40 months in solitary confinement and in very difficult conditions. 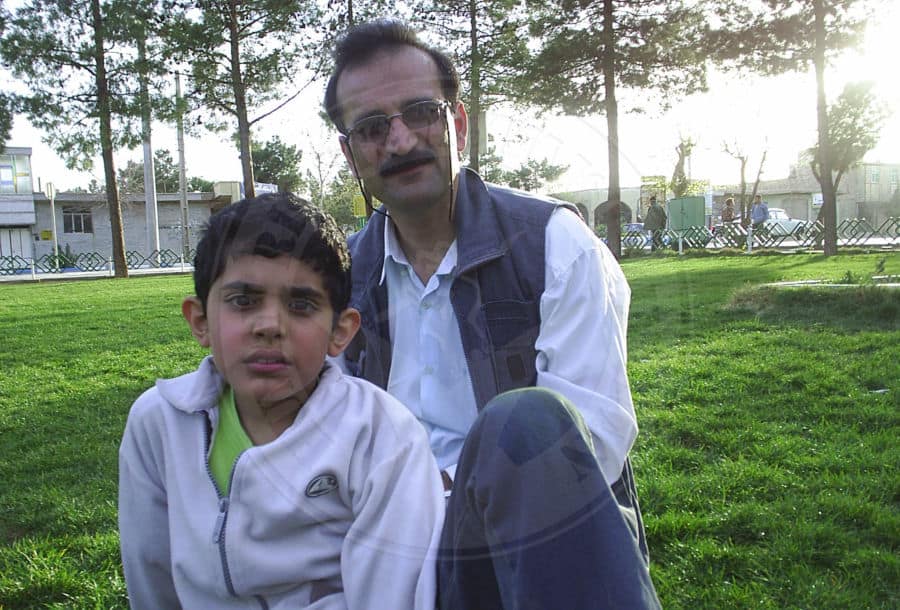 During the savage attack of April 17 on Ward 350 of Evin Prison, Mr. Gholamreza Khossravi was severely battered and injured and was taken to the solitary confinements of Ward 240 with a blood drenched body bruised all over while his head and face wounded and bleeding with his right ear torn. According to the eye witnesses the henchmen specifically battered him with spite and brutality in this attack.

Despite his dire condition, he staged a hunger strike along with other prisoners who had been transferred to solitary confinement. This hunger strike continued till they were returned to Ward 350 after 23 days. The Evin henchmen prevented the least medical treatment to Mr. Gholamreza Khossravi despite his many sicknesses, severe injury, and dire condition. One of the head henchmen of the Intelligence Ministry with pseudonym Alavi had threatened Mr. Khossravi that he would soon carry out his death sentence. He had also threatened the relatives of this political prisoner that if they met with foreign delegations, they would be arrested and would face heavy sentences.

Secretariat of the National Council of Resistance of Iran