Despite huge public and international opposition, Iran continued juvenile executions and sentencing juveniles to death in 2018. Iran under the mullahs is notorious for the high number of child offenders executed each year. 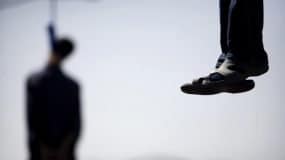 In 2018, at least four juvenile offenders were executed in Iran.

They have been identified as Abolfazl Chezani Sharahi, Amir Hossein Pourjafar, Ali Kazemi and Mahboubeh Mofidi. This is while Iran joined the UN’s Convention on the Rights of the Child 25 years ago, according to which the execution of child offenders is prohibited.

Execution of juvenile offenders in Iran continues despite repeated criticism by the international community.

More than 100 juvenile offenders are on death row in Iran’s prisons. Iran Human Rights has recently published reports regarding the danger of the execution of some of several juvenile offenders including Mehdi Khazaeian, Pouria Tabaei, Mohammad Reza Haddadi, and Mohammad Kalhor.

Iran is one of the few countries that punish crimes committed during adolescence by death. Meanwhile, based on Article 91 of the new Islamic Penal Code, approved in 2013, judges can potentially deny issuing a death sentence for juveniles who do not understand the nature of their crime.