Despite the US sanctions [and President Donald Trump will unleash a second wave on November 4] and repeated warnings to stop meddling in the affairs of other states, Iranian big-wigs seem to be in no mood to comply. While their plate is full with home-based troubles – rallies, defiant demonstrations and occasional blasts – there has been no let up in Iran’s expenditure by way of men, machinery and money propping up the Houthi rebels in Yemen so they remain a thorn in the Saudi side or backing pro-Assad elements in Syria not to speak of keeping a vicious stranglehold on Lebanon and Iraq.

And there is one more place to make trouble – Bahrain. While elsewhere the Iranian political establishment merely looks at propping up a puppet regime, Bahrain has a special place in its affections. There, it dreams of bringing about a regime change so as to occupy the island itself. Since the ouster of the Shah in 1979, at various times and at various levels, Iranian leaders, ministers, even journalists have brazenly laid claim to owning Bahrain just as Saddam Hussein considered Kuwait an Iraqi province!

Unfortunately for those daydreamers, the Iran-backed outfits have largely been disbanded in Bahrain and their leaders are serving time behind bars for instigating terror and turmoil. The nefarious networks are in complete disarray. The latest reports are that the trial of no less than 169 people belonging to a recently-set up outfit called Bahraini Hezbollah will begin on October 3. Of those, 111 are already in police custody. 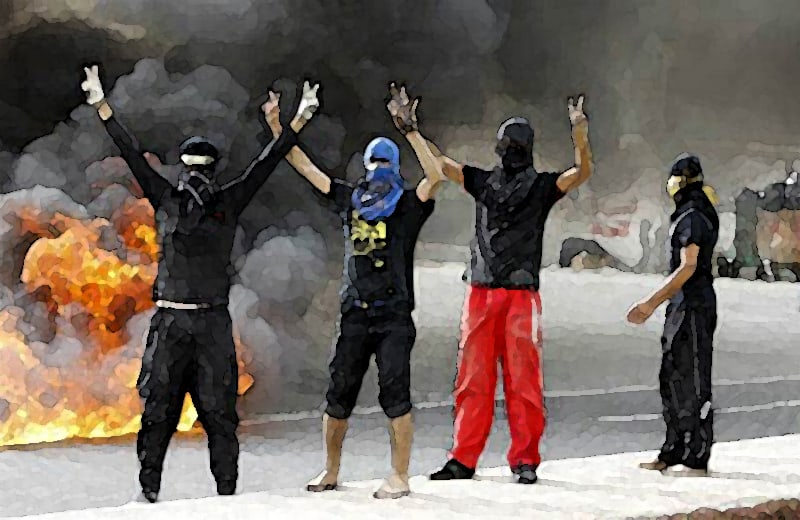 Hezbollah is a term which, for a long time in the Middle East, has been synonymous with ruthless operations and hatchetmen with blood on their hands It is a network which inspires both dread and adulation depending on which side of the fence you stand. Until now, other than Qatar, which has harboured and funded them, no Gulf Cooperation Council [GCC] country has been known to have any cells.

But Iran chose to set up a Bahraini version of it evidently to instil fear and awe. In reality, it was a ragtag of disarrayed elements – the leaderless and rudderless ragamuffins. They constituted three major terrorist groups in the country namely Saraya Al Ashtar [Al Ashtar Brigades], Saraya Al Mukhtar [The Chosen Brigades] and Saraya Al Muqawama Al Sha’abya [Popular Resistance Brigades].

According to Bahraini investigators, these were brought together on the direct orders of the “leaders within the Iranian regime” through the agency of the Iranian Revolutionary Guard Corps. IRGC was told to also assimilate the afore-mentioned ragamuffins – the sundry members of the anti-government terrorist sleeping cells, terrorists who had escaped to Iran or Iraq after killing policemen, plotting assassinations or targeting key public establishments and the fugitives away in those countries to receive training.

According to Bahrain’s Terror Crime Prosecution chief, they received funds from IRGC and also “training on how to set up weapons and explosives depots, smuggle bombs and firearms, and use dead drops to deliver money and weapons” to members of the Bahraini Hezbollah.

While it goes to the credit of the Bahraini sleuths that the cell was unmasked and its members arrested even before they could execute their maiden operation, one wonders if the setback will be looked upon as a lesson by Iran to desist from spreading its influence and tentacles.