Time was when the ground forces of Iranian-supported anti-government cells in Bahrain would send out foot soldiers [read teenagers and school dropouts] with stones and Molotov cocktails to attack and harass the security forces. They would punctuate their disruptive activities with planting fake bombs on highways, burning tyres and garbage skips or blocking streets with bricks and broken furniture and then scurrying away into the rabbit warrens of their villages.

That was the practice from 2011 up until 2015 or so. Times have since changed and so have the strategies of the terrorists and of their handlers and suppliers in Iran. This according to a recently-released report by the Combating Terrorism Center located in the military academy in West Point, New York.

According to the report, Bahrain is today witnessing the third generation of militants who have graduated from being amateurs to becoming well-equipped professionals trained in Iran, Iraq and Lebanon and well-versed in handling Improvised Explosive Devices [IEDs] and “sticky bombs.” No wonder insurgency in Bahrain has begun to pick up again since last year after a lull of a couple of years. The insurgents’ networks today have access “to multiple bomb-making workshops and cache sites,” says the report, compiled by Dr Michael Knights of the Washington Institute for Near East Policy and Dr Matthew Levitt, Director of the same institute’s Stein Programme on Counter-terrorism and Intelligence.

Summarising attacks during the past seven years, the report highlights the targeting of shopping malls, ATM machines, car dealerships, power stations, the airport, Bahrain Financial Harbour and the US Navy base in Juffair by violent offshoots of the Bahraini opposition cells, not to speak of attempts at prison breaks.

“Indicators of a more ambitious Iranian strategy in Bahrain might include assassinations of Bahraini security leaders, stockpiling of larger stores of small arms and ammunition, further prison breaks or weapons thefts and an expansion in the manpower pool of trained Bahraini militants available for use in a future uprising,” warns the report.

There has also been a shift in the system and strategy of smuggling arms from Iran into Bahrain and a shift in tactics from using “amateur bomb-throwers” to small cells of “externally trained terrorist operators.”

All this does not bode well for Bahrain though the Kingdom’s security forces continuously tend to upgrade their counter-terrorism strategies, techniques and weaponry. And the closeness of Iran and Qatar since the latter’s boycott by the Arab Quartet does not help matters especially since from the Hawar Islands, belonging to Bahrain, Qatar is just hailing distance away and thus a boon for Iranian machinations in terms of moving arms and insurgents.

While Bahrain remains alert as ever, it is time the other GCC countries [minus Qatar of course] and their allies beyond the Middle East take the warnings contained in the report seriously and act decisively before it is too late. 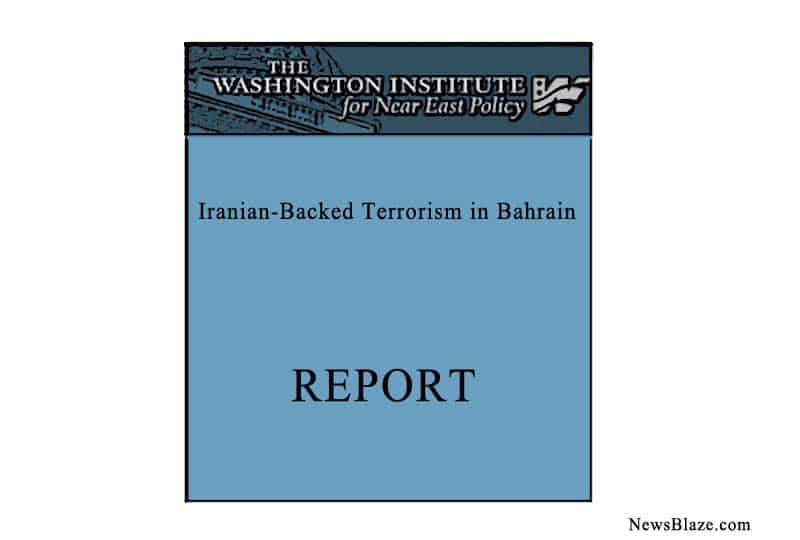