Three convicted terrorists were executed in Bahrain at dawn this Sunday after losing their final appeal against their death sentence. They had carried out in March 2014 the deadliest attack on security forces – not in direct confrontation but by luring them into a trap – since the violent anti-government protests began in February 2011. Three policeman were killed as a result – one each from the United Arab Emirates, Yemen and Pakistan.

Predictably, as soon as the reports of the executions spread across the media, the Press, especially in the West, and human rights outfits began to squeal. The chorus was also joined by Iran – the primary instigator of anti-government activities in Bahrain – and even Iraqi Vice-President Nouri Al Maliki chipped in with his two-penny worth of statement and his ambassador in Bahrain had to be suitably rapped on the knuckles.

For the record, executions in Bahrain are extremely rare. In the last two or three decades it is only the second time death sentences were carried out in the island as opposed to their frequent occurrence in the US and China [both permanent members of the United Nations] and even in the UK and France before those countries abolished capital punishment. And many of these were carried out in the case of people who had caused no harm to the state. Yet in those cases one never witnessed half as much anger or spewing of venom by the rights groups or foreign governments. 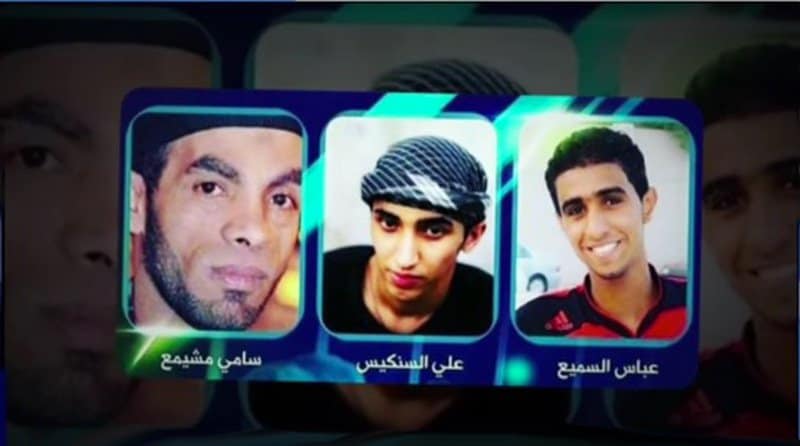 On the face of it, most of the criticism reads like the routine reading out of a set language marked for such cases and there are no case-specific references. In other words there has been little exploration of the facts of the case and little application of mind on the part of the critics. It is ill-informed and malafide.

The fact is that the policemen were merely keeping a watch on the area in anticipation some trouble might erupt. They were not looking for anyone in particular, they were not chasing anyone. They had just parked their vehicles and were waiting when they were lured to a spot where a bomb was hidden and it was remotely detonated once they came close to it. In other words they were killed in cold blood. Seven people were also injured, including a local Press photographer.

As for the trial of the three who were executed, it went through all three tiers of the judicial process and was attended by observers from embassies as well as independent experts. According to a government Pressnote: “The forensic evidence presented in the case included in part fingerprints on the IEDs, phone records which confirmed the locations of the three men and wide-ranging witness statements … The court based the decision on clear and convincing evidence which left no room for an alternative explanation of the facts.”

The Western media also quoted Iranian officials in extenso to condemn the executions whereas that country has no locus standi in the case. If Iran were an individual he would have been tried next to the three criminals because any number of such terrorist attacks are known to have been sponsored, funded, supported and praised by Iranian officials and the media.

As for Amnesty International and other human rights organizations, why they refuse to take cognizance of the activities of such terrorists is something to ponder. When a policeman gets killed in the course of an attack during protests, the opposition claim it was a peaceful demonstration is taken at its face value by them. But when the state reacts after observing all due process under international law, the furore begins. After all a state has to react and set an example if its institutions or personnel are killed in cold blood. A number of First World countries do react in a similar fashion when faced with thugs of a similar hue.

Remember the UK’s then-Prime Minister David Cameron in Parliament in the wake of the August 2011 riots? In his speech defending the police crackdown that followed, he made it clear that “no phony human rights concerns” would be entertained.

Then why blame Bahrain?