Prof. Abraham Sion is the Chair of the Center for Law and Mass Media in Ariel University located in Samaria region, Israel.

Prof. Sion is at present on a speaking tour in Southern California. I had the honor to speak with him and extract a short interview with the busy emissary of Ariel U and the state of Israel.

Ariel is the 8th university in Israel and the first one in the land Israel regained in 1967.

I am proud to share what Prof. Sion told me.

NG: According to the government of Israel decision, finally, about a month ago, the institution of higher education, in which you are one of the leaders, earned to be called a university, and thus Ariel University became the eighth university in the country. What was actually the noise of resistance to the upgrade all about and who were those who opposed and why they opposed?

Prof. S.: The noise was essentially a political noise because all the opponents were from the Left side of the political spectrum. The opposition was mainly due to the fact that Ariel is outside the armistice line, which is the green line. There was another, but secondary, reason; their opposition stemming from the fear that Ariel will receive part of the state budget for university research and they thought it would come at the expense of their budget as the pie remains the same, which now needs to be shared between eight universities not, as previously, seven. There was no claim in their objection and argument that touched the academic level of the Ariel University Center. The committee of university leaders, except Bar Ilan University, filed a petition and the petition is still pending, but it is very unlikely it will be accepted.

NG: What is the nature of your visit to the U.S., who is hosting you and how are you received?

Prof. S.: I came to the United States to introduce and make acquaintance with the University of Ariel, especially the Center for Law and Communication, headed by me that is dealing with Arab-Israeli conflict and finding alternatives, legal, policy and political for the idea of two states for two people west of the Jordan River. I am received here with much support, fondly and with great understanding. Usually, I speak before groups of Zionist Jews and it is clear that they support the idea of alternatives to two states for two people.

NG: Is the struggle for university status was managed by the Rright-wing parties in the country, making her a Right wing university or the university of the Right?

NG: What do they teach at the university?

Prof. S.: There are almost all faculties, except Law and medicine schools, and in time it will be built. We have faculties of physics, chemistry, humanities and social sciences, robotics, etc. In addition I am also providing in Ariel academic level courses in public diplomacy and the intention is to prepare delegates ambassadors, of academic level, who will be able to confront and refute the lies of the Arab-Palestinians about Israel and Jews. 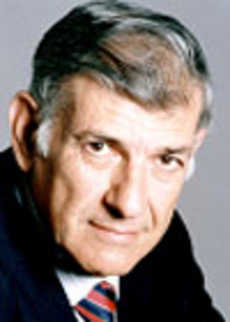 NG: What comes first in Ariel – Academia or the struggle for the Land of Israel and/or politics?

Prof. S.: Ariel is the most Zionist university in Israel. In each class there are two national flags placed in two corners of the classroom. After each event, whether it is a symposium or conference, we sing the national anthem-Hatikvah and this does not exist in any other university in the country. Furthermore, Zionism is part of life in Ariel. Zionism is not a dirty word. In Ariel, a man who talks about Zionism, the building of the Land of Israel and the rights of the Jewish people in Israel is not considered to be an eccentric person or insane, rather, this is the way of life in Ariel. The most important is academia. In my classes I do not talking about politics but the live spirit at the university is of Zionism, pioneering and values.

NG: I know that the number of Arab students at Ariel is high, you can expand a little?

Prof. S.: In no other university, there is close and fruitful cooperation between Israelis and Arabs as on campus at Ariel. I taught for seven years at the Faculty of Law at the University of Haifa, where third of the students are Arabs, and I have never seen such hostility between Arabs and Israelis. This despite the fact that the university gives the Arabs all rights to assemble, fly the Palestine flag and demonize Israel in public.

NG: In summary, what would you like to say?

Prof. S.: I want the American Jewry and Israelis living in the US to support – spiritually and financially – the activities that benefit Israel and the nation of Israel and that is what the Center for Law and Media does. And therefore, supporting this center is to support those ambitions and ideas of the Zionism, pioneering and values.

NG: If a person who reads this article wants to contribute to the University of Ariel, to where can he or she send donations?

b>NG: Thanks for your time and the opportunity to interview you.