Like flowers after the first rain, there are signs Israel is waking up in the face of the strongest resurgence of anti-Semitism in the past eighty years.

In the United States, Jews have been living under the illusion that “it will not happen here.” In fact, if a classroom of high school students were asked if the Holocaust could reoccur today, the answer would be bewilderment. Back in 1981, a movie The Wave was based on a true story, a teacher who set out to show his students how the non-imaginable can become a frightening reality.

We feel secure. We also did not expect attacks on US soil. September 11, 2001, showed us that was a false belief.

While American Jews do not expect a repetition of the Holocaust, today we are on the verge of a volcano about to erupt. It has become acceptable to blame Israel for the world’s faults and hold her to a different standard than any other nation.

It is now the norm to remain quiet, seated and focused when the most abhorrent lies about Israel are uttered in public. Teachers believe Israel is the New Nazis. Students at universities are being brainwashed insane falsehoods like Israelis murder children at will, harvest organs from males and do not even bother to rape Gazan women since they are not viewed as human. (Apparently, modern-day Israelis are much worse than the Nazis, for the Nazis had special accommodations for female sex servitude.)

All is done in broad daylight, with respected professors and politicians, business people and members of the clergy present, often themselves propagating the lies. 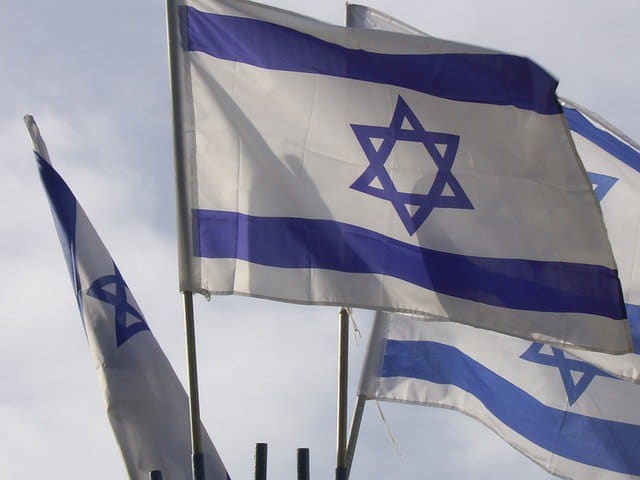 Apparently, our education fails us. If we remember “First They Came for the …” by Pastor Martin Niemoller and witness the very same thing and standby silently, we have learned nothing, and as students of history know, those who ignore the past are doomed to repeat it.

One may rise to object: “It is quite confusing,” they would say. “Israelis and Jews themselves are at the forefront of the criticism- why blame us?” And that person would be correct.

In fact the same question is raised by both sides; with Israel’s detractors using this line as justification that their quest is just, while Israel’s defenders ask themselves repeatedly, in utter frustration – why should we fight when some of the worse detractors are Israelis or Jews?

Switzerland used this line to reject Israel’s official protest against an exhibition by a NGO “Breaking the Silence.” It replied via official channels that it is an Israeli organization, legitimately recognized in Israel, bringing Israelis to Switzerland to present what they have to present. We will not stop them!

Good for the Swiss! The Canadians would have acted differently, but they are the sole exception. Why is Israel demanding from others what she permits herself?

When Israel decides to fight, she has the tools, resources, knowhow and drive. At the moment, none exists. The new anti-Semitism erupting like a volcano has been ignored for so long, and so many Israelis and Jews have participated in the upcoming avalanche, any attempt to act now is doomed to be “too little, too late.”

In fact, today, those at the helm face fierce internal opposition. We have grown so accustomed to attacking Israel, why stop? Branded as “right wing extremists,” the Government is being confronted with the accusation it is attempting to stifle free speech and the very democracy of which Israel is so proud.

It is interesting that those who were aiding and abating Israel’s detractors here in the USA are starting to feel the pinch. They are at the forefront of “fighting BDS” (the movement to Boycott, Divest and Sanction Israel, a front that legitimizes any false verbal attack against Israel as the truth, the whole truth and nothing but the truth).

Israel and the other eight or so million Jews who live around the world outside Israel have not yet felt the pervasive, vicious and vindictive force about to be unleashed. When it does, Israel will have no other choice but to absorb the Jews fleeing to her shores and begin fighting back.

In Israel we are taught that victory cannot come from being on the defensive. Apparently, we forgot, or did not properly learn, that vital lesson as well.