Shield means protection. The Star of David, in Hebrew Magen David, when Magen means shield, is probably the most recognized symbol on earth but no one knows its history. This shield protected the Jewish nation, mostly spiritually, over the millennium of exile and suffering, just as its shields it today.

According to Kabbalah, the esoteric method, discipline, and school of thought that originated in Judaism, the double triangle of the Star of David (Magen David) symbolizes the connection of both dimensions of G d, Torah and Israel: the external level of the soul connects to the external expression of G d via studying the exoteric parts of Torah; the essence of the soul connects with G d’s essence through the study and application of the teachings of Kabbalah.

Marc Bennett is a filmmaker and an artist living in Colorado, there amongst nature. But Marc is also Jewish and with all that is going on in the world today, he came to the conclusion that he must do something, he must help his people, the Jews and the world. For that purpose he established “The History of the Star of David: an artwork celebrating Jewish culture, history, and identity.”

The reason for choosing the Shield-Star of David as the focal point of the art is twofold:

The symbol’s worldwide recognition and Identifying the Jewish Nation without much knowledge of its roots, and

The wish to create a 21st century icon, that is more than just art or a Jewish symbol adorned as jewelry or used in any artifact application, rather to help preserve Jewish heritage.

“We need to look at the past and present in order for us to have a future,” Marc explains.

One other intention for Marc’s Magen David art project is to express the depth of the symbol, from the yellow Star of David, the Nazis forced the Jews of Europe to wear on their clothes to identify them and humiliate them before murdering them, to the flag of Israel that flies high with much pride.

The Star of David makes up the center of the State of Israel’s national flag. In its 67 years of existence, Israel has propagated the use of the Shield of David symbol widely. Israel’s military uniform includes the Star of David tag. The national flag flies among all other nations’ flags in front of the United Nations building and wherever there is a Jewish or Israeli presence, the symbol comes along in different forms. However, and as Marc explains, “history is not what was, it is what it is, now. We are living history now. We, Jews, continue to fight for our existence and as scary as it sounds, the battle can be lost and requires unity and strength. Requires a uniting shield.”

In light of the intifada going on in Israel again, Prime Minister Netanyahu recently said, concurring with Marc, “we will fight; we will not allow the Arabs to destroy our country,” an attestation to the endless battle for the Jewish people to survive in their homeland.

Marc’s art is a tool for the survival of the Jewish nation. His shiny, metal base, Magen David collage will decorate a large wall at the Soroka hospital, located minutes away from Gaza, acting as the front line hospital for soldiers who got hurt while protecting Israel’s southern border with Gaza.

On the website (www.starofdavidart.com), Dr. Alan Altman, formerly of Harvard Medical School writes: “The magnificence of Bennett’s artwork dazzles the eye, awakens the heart, and elevates the soul. And, it could not have come at a better time, while the smoldering ashes of European anti-Semitism are being rekindled throughout the world. This artwork is an empowerment of our Jewish survival and it is our hope that it will grace the walls of as many homes, synagogues and institutions as possible.”

Marc Bennett adds, “A Magen David should be hung on every Jewish home just like a Mezuzah; it is a symbol of saving life, saving our future, as a Jewish nation, it is our shield, our dignity, and our confidence all in one.” 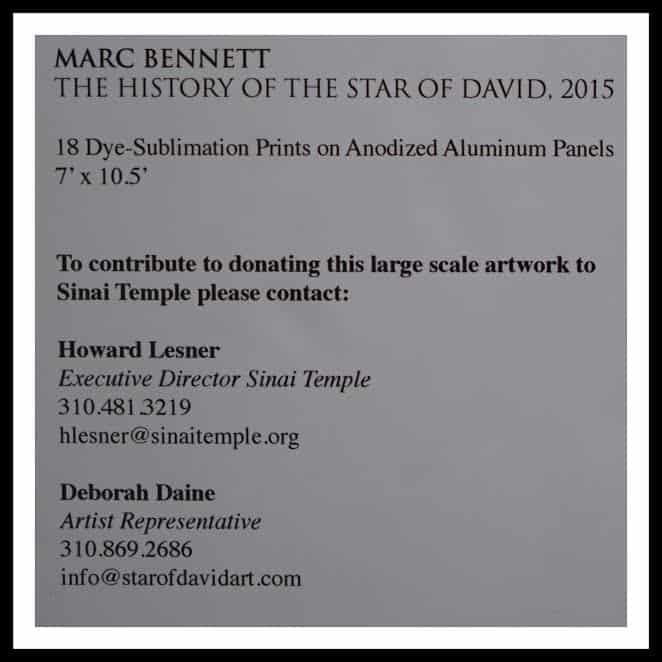 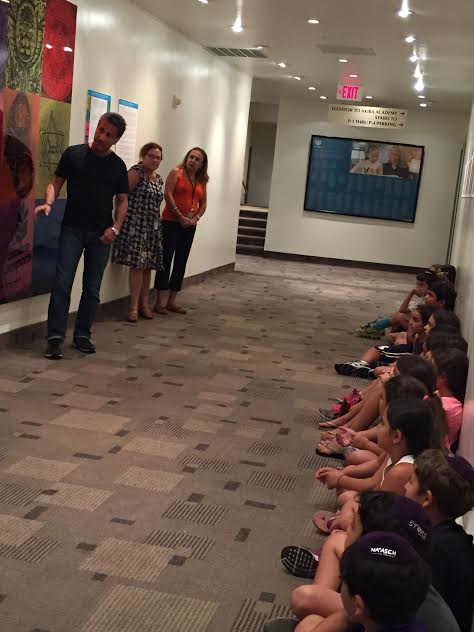