(From the original outline by SHmuel HaLevi)

As the forecast went, Migron is no more. The government of Israel has destroyed the community on the hill and evacuated its residents.

And that is the bottom line.

Migron has joined the endless list of destroyed Jewish lives, homes, towns, factories, farms, schools, Synagogues and even cemeteries. unJews against Jews is the policy of the government of Israel.

What are the main lessons learned?

Clearly, the unJews Israelis are unfit to lead the Jewish people and rule the Jewish state. This also includes foreign born unJews, not just the locally hatched ones.

The Israeli military or police and other law enforcement bodies, ONL know how to use or attack Jews.

Migron is the latest and one more victim of the self elected putrid, pseudo judicial courtiers. Many more evictions and destructions of Jewish communities will follow if they are not removed and freely elected judges and operatives replace them.

The end of the building freeze to which Prime Minister Netanyahu succumbed to in 2009 never really ended. The so called “construction” is a false premise and promise. There is NO significant permanent construction taking place.

The, writing, the protests, the petitions, the signature drives are useless; they achieve nothing.

An Israel-Jewish Revolution. This is what is suggested as a way out from the present gig (combina) that intentionally has created an ongoing losing propositions.

The A New Jewish National Assembly.

To accomplish the Israeli-Jewish revolution, Israelis must join this planned Assembly and become active participants. The New Jewish National Assembly’s (NJNA) task is to completely replace the Knesset. The NJNA will be representing all Jews in Eretz Israel and its members will be elected outside the present corrupt electoral system via FREE ELECTIONS.

No current or former member from any level of the Government of Israel will be allowed to join; keep the corruption of mind and soul out. The NJNA will reserve its rights to refuse to have any more relations with the present Government of Israel’s “judicial” illegal trash.

It is time to end support and denotations to the Government of Israel’s members. You can now join in support and foment the New Jewish National Assembly.

The New Jewish National Assembly founding members are already prepared to be the next leaders of the Jewish revolution that will lead to the establishment of a Jewish government, for the Jewish people, by the Jewish people.

For 2000 years stateless and homeless Jews were persecuted and killed. They were expelled from their homes, towns and farms, from one country to another and were treated with revulsion and scorn; they were considered sub-humans. All that while, illegal forces held rule in their homeland to which they were not allowed to return.

Foreign usurpers held the keys to the Jewish homeland. Therefore, even an explanations that the League of Nations resolutions give the Jews the legal rights to their homeland are feckless. Neither the post World War I Allied Supreme Council, who held their San Remo Conference in Sanremo, Italy over the land f Israel, or the League of Nations, or the UN had any right to decide and resolve about the Jewish Homeland. It was not theirs to begin with, it was the land that G-d promised to His children. Israelite-Jews lived and ruled over the Kingdom of Judea and Israel until the bestial Romans took the international law into its own hands, invaded and destroyed the Jewish commonwealth and nationhood.

The time is now to tell the world, ‘this Land, from the River to the Sea, and beyond, is ours, the Jewish people land.’

Our grandchildren need Israel too: 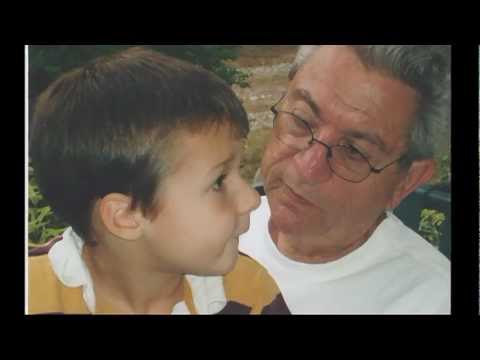