It is simply in the genes of the Jewish people; some call it ‘a light unto the nations,’ some call it ‘hineinu’ – ‘here we are,’ some just live according to an extended-hand proposition.

I am always interested to learn from the experts. I therefore made it to an early breakfast meeting at the posh offices of the law firm Milbank, Tweed, Hadley & McCloy LLP, hosted by Allan T. Marks | Milbank Partner, in Los Angeles, California, to hear Brigadier General Tarif Bader, MD and a pediatrician, the Surgeon General Israel Defense Force Medical Corps, who is on a speaking tour for the policy driven organization Our Soldiers Speak, Benjamin Anthony, Founder & Director.

The Subject Matter – Israel’s Extended-Hand Policy the World Over

Several years ago, the state of Israel decided on a policy along which it will extend help to any country in need, friendly to the Jewish state or not, should the country accept the help Israel offers. It was decided that it is the mission of the state of Israel, with the help of its army and medical corps. and the state’s medical first responders to send a team of experts and extend the help needed in a disaster-struck area.

It is becoming well known that Israel’s field hospital’s sophisticated and elaborated medical services and team are the first to arrive on a calamity scene. In recent years, that was to tsunami hit Haiti, or earthquake hit Mexico, to name just two examples.

To be able to act the part, one has to have the following components, all of which Israel is fitted with:

1/ Leadership – make the decision to be in any place where there is a need for help because of some kind of a natural disaster or epidemic of large proportions;

2/ To immediately dispatch an assessment team to scout the disaster area and report back home;

3/ Time factor – a key component is to be where needed as fast as possible. Israel is always in a static war-prepared mode, therefore, to accomplish fast deployment is a non-issue. It is the military that can deliver the extended hand mission. Therefore, in his military capacity and as an expert in organizing field hospitals in a disaster area, Dr. Bader has headed many such teams;

4/ Tailor the model solution – decide what type of a field hospital is needed according to the disaster’s call.

5/ Collaboration – with the local authorities and other teams that answered the call and arrived in the disaster area.

With the government of Israel footing the bill and superb readiness able to swiftly answer the call and be deployed on a short notice of a few hours, it is no wonder Israel has gained a name as the most expert rescue team to arrive at a disaster area’s scene. Israel’s field hospital is where so many flock to, when seeking medical attention and treatment.

The war in Syria, some call it a civil war, I call it a war for the sake of a war, has been going on for 5 years. It has taken the lives of over half a million innocent people and ten times that many were wounded. Syria, which borders with Israel, is in ruins, and so are the country’s medical services. So where can the Syrians who need medical treatment go? The surprising answer is the border of their country with their “worst enemy,” Israel.

For decades the Syrian government media and the education system have poisoned their naïve population’s minds that their worst enemy is Israel and Israelis are the evil devil incarnate. So how do you go ask the devil to save your life? Well, that is what happened these past two years on the Syrian border with Israel.

It started with a few; Israel took in seven Syrians who badly needed medical attention. The weighing was, what if we do not take the badly wounded in. So Israel did. And the number of Syrians arriving at the border and seeking medical help grew to 100 new patients each day. First it was a field hospital that treated the sick and wounded Syrians. Since the arriving Syrians spoke only Arabic, the field hospital was manned with Arabic speaking Israelis. If they needed more than what the field hospital’s services could offer, the Syrians were transferred to a hospital in northern Israel, such as Ziv Medical Center in Zefat and the Galilee Medical Center in the coastal city of Nahariya.

Today, there is no longer a field hospital on the border, but it could be erected again, if needed. Syrians seeking medical treatment from Israel are simply transferred to one of the medical facilities in northern Israel.

It was and is all done hush-hush. At the end of the treatment, the Syrian patient would receive his or her full medical report and if needed a prescription, without any sign that they were treated in enemy land, Israel. And these patients will have to keep this secret close to their heart forever. The enmity of their government will not be replaced with an extended hand. But in the heart of every returning Syrian patient there is a new song of coexistence, of gratefulness to the no-longer enemy devil, Israel.

Not once did the Syrian army attack the Israeli field hospital erected to treat Syrians. And if the Israelis in the field hospital had to protect themselves from Syrian attacks, with that they also protected Syrian citizens.

Over the two years Israel learned that a border with enmity is no obstacle, rather it will eventually make better neighbors.

On the border with war torn Syria, Israel made a simple calculation. For the Jewish state it is not just an extended hand humanitarian mission, it is a trust-building mission with the Syrian population. 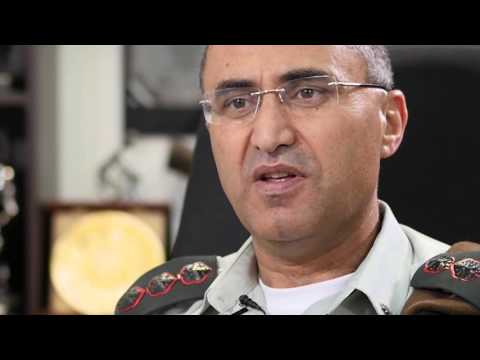 It was that Syrian woman whose son was treated and cured in Israel who said that on the first opportunity she has, she will move to live in Israel.

After listening to Brigadier General Dr. Tarif Bader who happened to be a member of the Druze community of Israel, from the mountainous Druze village Hurfeish, in northern Israel, as a human being you feel as if you are walking somewhat taller. As a Jew, you are simply mighty proud of the Jewish state, Israel. 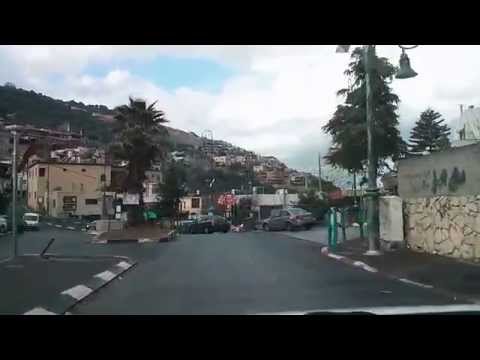