To survive, Hamas must change.

It would seem that Hamas is hell-bent on self destruction. It has failed to condemn the most recent suicide bombing in which 9 Israelis were killed. Its Foreign Minister has been sidelined by China, Egypt and Jordan who refused to receive him. He must ask himself; why?

In his first day in office earlier this month he contradicted an official letter sent to Kofi Annan which hinted at Hamas’ acceptance of a two-state solution to the conflict. Mahmoud Zahar said the letter was wrong or it contained a mistake. This is not good enough; it just confirms the state of chaos and lack of clarity in its objectives and thinking. It does seem to me that Hamas cannot help shooting itself in the foot.

Since it won the Palestinian elections Hamas has committed a number of fundamental errors which may prove fatal in the long run. 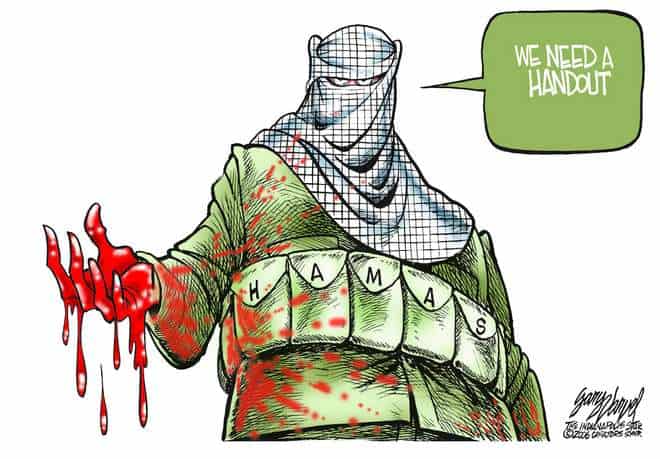 First: The high profile visit by Hamas to Moscow was a missed opportunity of gigantic proportions. It was not a success. Nevertheless it was right that the visit took place. Hamas needed some lessons in international diplomacy and real politics.

The Russian hosts, with good intentions, were looking for a historical breakthrough. But it was not to be. Would Russia forgive Hamas the snubbing rebuff? Only time will tell. By appearing to be stubbornly belligerent, Hamas shot itself in the foot.

By refusing to budge on the issue of recognizing Israel and negotiating a peace agreement, Hamas let Israel off the hook.

In media terms, the Hamas performance was a PR disaster.

In political terms, the issue is more complex. Had Hamas made the necessary conciliatory gestures in Moscow, it would have shifted the spotlight on Israel’s response. It could have firmly placed the ball in Israel’s court. Would Israel have made a positive response or demanded more and more concessions. Nobody knows. But what we know is that Hamas’ intransigence has relieved Israel of the burden of reciprocating. For many years Israel prevaricated, refused to deal with Arafat, and then dragged its feet on the Road Map. To make things worse, it ignored Mahmoud Abbas, the secular moderate prime minister of the PA, and proceeded with unilateral steps on the ground, thus undermining him and helping Hamas.

Hamas could have seized the unique opportunity afforded by the Moscow Platform to announce to the world that it recognizes Israel and it is committed to a permanent and just peace in accordance with the relevant United Nations Resolutions in particular 242 and 338. But it has chosen to play the role of the tough new kid on the block thus releasing Israel from the obligation to make any meaningful concessions.

Hamas’ Moscow blunder would not be the first and the last big mistake.

The second big error was failure to condemn the recent suicide bombing at a fast food joint in Tel Aviv. Hamas’ statement that it was self-defence would not wash. It could have condemned the act and added “that it also condemns the killing of innocent civilians for political purposes, no matter who committed the killing.”

The time for double talk and ambiguous statements that are capable of several interpretations is now over. Hamas still has a lot to learn. It must for a start answer the question: Is it acting in the best interest of the Palestinian people or is it acting at the behest of Tehran.

In any case, to be taken seriously by the international community: it has to do three things;

First: It must transform itself into a responsible political organization and renounce violence as a means of achieving political ends.

It must also distance itself from Iran and cease deceiving itself and the Palestinian people that Iran will save them from economic collapse. Iran’s economic aid would not be without a price. There is no such thing as a free lunch. There is no guarantee it will last. Iran may be subjected to UN sanctions over its nuclear programme in which case it would not be in a position to throw money around.

Finally Hamas must enter into a dialogue with Israel without preconditions.

For peace to have a chance of success, Hamas must be prepared to slaughter some of its sacred cows and start a new page. In the real world of give and take politics Hamas cannot remain rigidly stuck with outdated ideologies.

Israel cannot on the other hand escape responsibility by sweeping the debris under the carpet hoping the problems will go away. Both sides need to consider the long term welfare of the people who are now paying the price of the political failure of their leaders.

They must accept that neither side will get 100 percent of what they want. Painful compromises have to be made by both sides.

The U.S., Russia, the EU and the UN must engage actively in helping both sides in resolving outstanding issues, applying the carrot and stick tactics to encourage the parties to reach a peace settlement that ends the conflict once and for all. Failure to do so would be to condemn future generations to a new cycle of violence. The aim should be a final and permanent end to the conflict.