The new issue of The Hollywood Sentinel launched this weekend, featuring Bruce Edwin’s exclusive interview with MOCA Director Jeffrey Deitch. MOCA, The Museum of Contemporary Art in Los Angeles, is headed by Mr. Deitch, who is considered by many to be the most powerful person in the world of art today.

Known as a tough, yet brilliant dealer, Mr. Deitch helped raise the value of his clients’ works including the value of artists, such as Andy Warhol, among many others. In 2006, he reportedly bought Bridget Riley’s Untitled ‘Diagonal Curve,’ 1966, at Sotheby’s for $2.1M, nearly three times its $730,000 appraisal.

The Hollywood Sentinel is read by some of the top stars in the world, as well as by many millionaires, and billionaires. The site is also syndicated to a world wide audience through the leading global news and entertainment website News Blaze dot com. 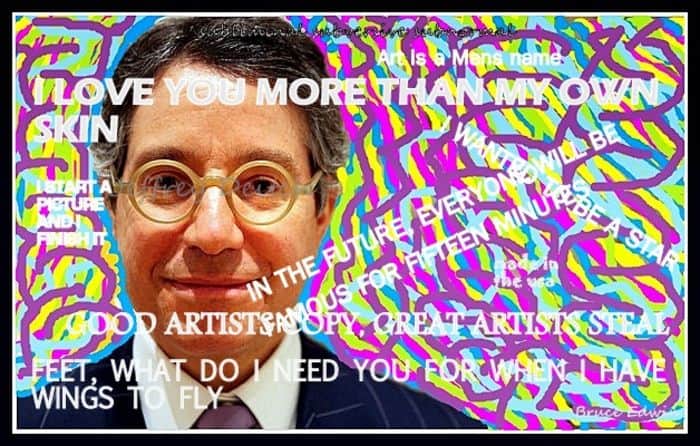 For advertising and publicity opportunities, contact the publisher at tel / fax: 310-226-7176.