On Sunday, November 22nd, 2015, at the iconic landmark ‘Tamayo restaurant and art gallery,’ built in 1929, the Consulate General of Israel in Los Angeles has celebrated its 3rd Annual Fiesta Shalom. The purpose of Fiesta Shalom is to bring together leaders from the Israeli, Jewish, Korean, African American and Latino communities, from various sectors, including government officials, business and religious leaders, academics, and members of the entertainment world, to connect and initiate a dialog. Its goal is to lead to mutual understanding of the issues facing each of the communities and to forge lasting interactive relationships.

Emceed by Palmira Perez, with the impeccable singing of Ladino and Hebrew songs, by Noa Dori (see the video below), food galore and stories by Noa’s sister Maya Dori about the Spanish Jewish community that was expelled from Spain in 1492, Israel’s place in 21st century world was defined. A laboratory country for so much needed cyber security, for life saving technologies to the know-how of immigration integration, a global leader in innovation on a large scale.

The problem of radical Islam terror against the civilized world was also defined by three cases of American, Israeli and Spanish Americans who were murdered on the altar of Islamic terrorism.

One was Jerusalem, where Jewish American citizen, Ezra Schwartz, was murdered, while in Israel for a year’s study, by an Arab-Muslim terrorist. Another was Paris, where a first generation US citizen of Latino origin, Nohemi Gonzalez, a 23-year-old California State University, Long Beach student, was among the scores of dead from the Islamist assault in the capital of France, while she was dining in a Parisian bistro. Another was Mali, a country with which Israel has diplomatic ties, where Israeli citizen, Samuel Ben-Hillel, who worked for an international consulting firm specializing in the development of education and served as a senior adviser to governments around the world, was among the 20 victims killed by Islamist gunmen in Mali’s capital of Bamako. And another in California where people are trying to get a grip on a world gone wrong during a Fiesta Shalom get together event.

With his Fiesta Shalom initiative idea, Consul General of Israel, Mr. David Siegel, is forming the David Siegel Familia, working to have special relations between Israel and the United States, getting many ethnic groups together, in common ground and interest, an extension of God’s biblical commitment that ‘Those who bless Israel, shall be blessed, and those who curse Israel shall be cursed.

Now more than ever, during challenging times, in the spirit of communal celebration, the efforts of Israel are growing. It is important to embrace people’s diverse backgrounds and traditions, and stand together as one community.

At Fiesta Shalom, people who know right from wrong, truth from lies gathered to ask that God shines on all nations equally.

Based on the word ‘shalom’ its meaning, inter alia, is wholeness, this event is unifying diverse communities under the banner of the blue and white flag of the state of Israel. And we all need to ask of ourselves to honor goodness, morality and peace.

We live in a fractured world and our duty is to heal it. Fiesta Shalom is one significant step to achieve this goal.

On a side but important note, Western Civilization Heritage Israel Program (C.H.I.P) is preparing the next generation to be a leader in the Fiesta Shalom long-term initiative. 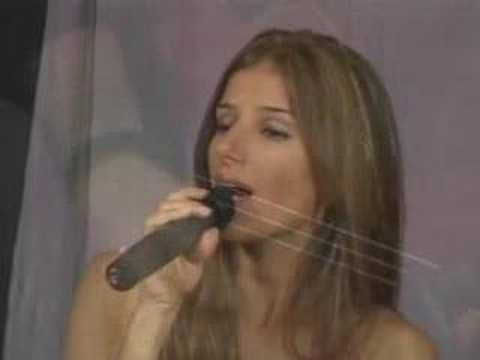