Mohammad Javad Zarif, Iranian Minister of Foreign Affairs, organized a meeting with senior commanders of the Revolutionary Guards (IRGC), including Mohammad Ali Jafari, Commander-in-Chief of the IRGC, and Qasem Soleimani, Commander of the Qods Force.

Quoted by state television, Zarif said: “The Ministry of Foreign Affairs and several deputies met with the Chief Command of the Islamic Revolutionary Guard Corps. The IRGC has played a major role in maintaining the country’s security.”

Trying to save face, Jafari said, “U.S. forces in the region cannot take any military action against[Iran]. However, if they take action, they will face an immediate, serious and firm response from us.”

The blacklisting of the IRGC led to quarrels between the different factions of the regime. Hossein Shariatmadari, editor-in-chief of the daily Kayhan, considered to be Ali Khamenei’s spokesman, blamed the rival faction for the terrorist designation. “When several officials launch verbal attacks against the IRGC and ask them to return to their bases and consider that the presence of the IRGC in the Middle East is unnecessary; that the missile era is over; that the IRGC missile tests provoke the enemy, and despite the disappointments following the[2015] nuclear agreement, they are still not willing to get out of that agreement out of shame and are seeking to impose new restrictions by the Financial Action Task Force (FATF) under the pretext of the fight against terrorist financing (CFT) … The reason for the designation of the IRGC as the terrorist organization is obvious,” he wrote in the editorial of the Kayhan newspaper.” 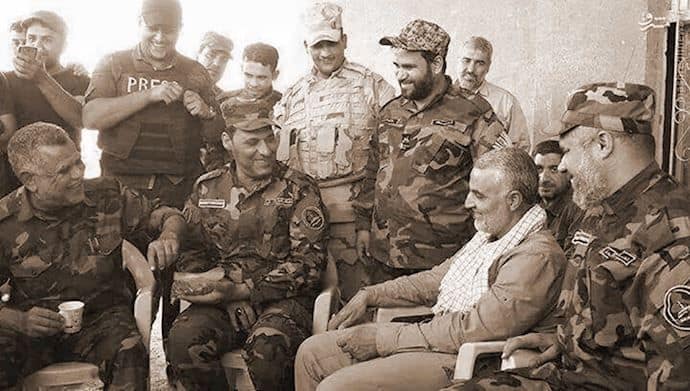 The official daily Siasat-e Rooz wrote on April 11: “Americans have seen how some people are afraid to even of the shadow of war. As a result, they are trying to get even more concessions from us.”

On April 10, the mullahs’ regime announced a march after weekly prayers last Friday and the regime’s Propaganda Coordination Council in Qom province in central Iran specifically declared that PMOI/MEK was responsible for blacklisting IRGC.

Fouad Izadi, known for his close relations with the Khamenei circle, explained the impact of designating the IRGC as a terrorist organization. “Given that we are in a new situation with regard to the IRGC, we are now facing even more difficulties with regard to the FATF, as the United States has a significant presence in FATF-related entities. What can we do now that they have designated the IRGC as a foreign terrorist organization? We will have to either cut the budget of the IRGC, merge this entity with the army, or dismiss the IRGC staff. We cannot take any of these paths.” 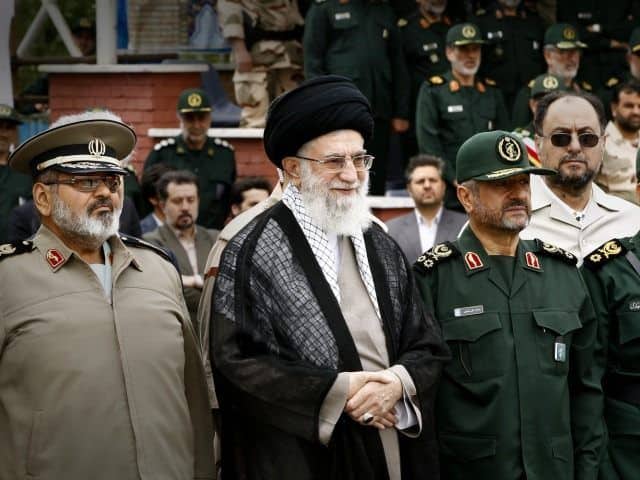 Instagram is the social media platform not filtered inside Iran by the ruling mullahs.

The recent account closures also include Mohammad Bagher Ghalibaf, former state police chief and Tehran mayor, and IRGC deputy chief, Hossein Salami. Amir Ali Hajizadeh, commander of the IRGC Aerospace Force changed his profile image in an attempt to prevent its closure. State media are reporting that Instagram, after closing accounts of senior IRGC commanders, is also closing those users who used a Farsi hashtag saying, “I, too, am an IRGC member.”

Mehr news agency, affiliated to the regime’s Ministry of Intelligence and Security reported the following:

“Prior to this, in response to a Fox News reporter asking is Qasem Soleimani considered alongside ISIS leader Abu Bakr al-Baghdadi,” U.S. Secretary of State, Mike Pompeo answered, ‘Yes. He is a terrorist.'”

Meanwhile on April 16, 2019 Members of Resistance Unit a network associated with the Iranian opposition group People’s Mojahedin Organization of Iran (PMOI/MEK), in Mashhad, northeast Iran set fire to a Revolutionary Guards (IRGC) Basij base. They also set fire to a base belonging to women Basij members.

Members of a resistance unit in Tehran took to graffiti and wrote lines of Maryam Rajavi’s message to support flood-hit areas in different parts of the city.

Members of Resistance Unit in Babol, northern Iran, expressed their support for flood-hit areas and wrote, “The IRGC is the cause of the floods – Khamenei is the cause of destruction.”

In Tehran and Ahvaz, members of resistance units took to graffiti and wrote slogans against the IRGC. They wrote the mullahs’ regime and the IRGC are to be blamed these floods.