My husband, Sayed Hashem Khastar, 66, has been a human rights activist since before the revolution of 1979. A former teacher at the Agriculture Technical High School, he is an agricultural engineer and Head of the Mashad Teachers’ Union.

We live in a little village near the mountains on the outskirts of Mashad (North East of Iran), a major holy city with the tomb of the 8th Shiite prominent leader so attracting many pilgrims every year.

In the wake of the people’s uprisings in Iran at the beginning of 2018, the spotlight returned to my husband who had fallen foul of the Iranian regime authorities many times over the years since the 1979 revolution for criticizing the government and, after his arrests and imprisonments, the conditions in Iran’s prisons.

Now retired from teaching, Hashem was working with the people in the village, helping them know their rights and teaching them to read and write. On 23 October 2018, a group of “plainclothes” men concealed themselves outside his house. As he arrived home, parked and got out of his car, intending to tend to his garden, they came forward and arrested him.

There was an ambulance there and a few of the plainclothesmen dragged him inside the ambulance and said he must come with them. He said he thought they were going to kill him. 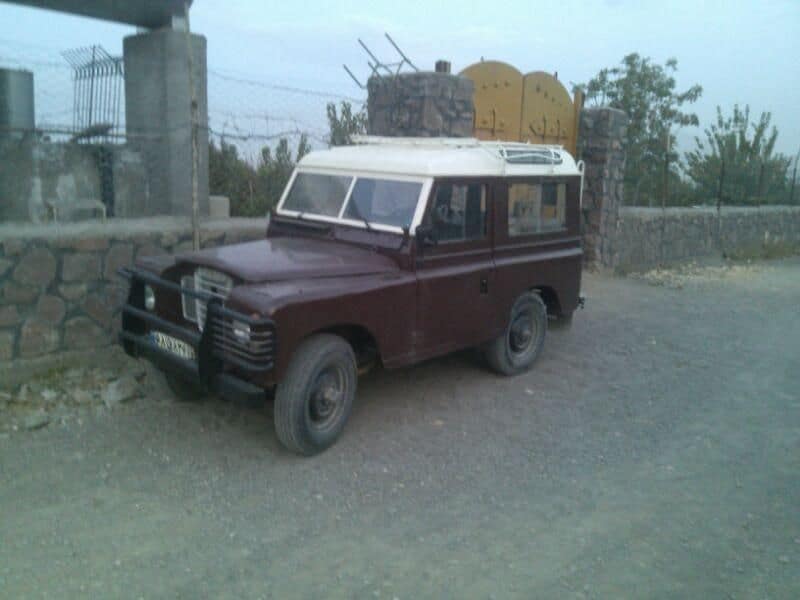 My husband said that when he was being dragged into the ambulance, he asked them why they were treating him that way. He said they could have come to his home instead of dragging him away in the middle of nowhere. However, they did not say anything and took him to a mental hospital, which was a complete surprise, laid him on a bed and gave him an injection.

The horror that I experienced, you would not wish that on anyone, not even your worst enemy. For several days I did not have a clue where Hashem was. His mobile was turned off so there was no way of contacting him. I could not even get into the garden near our house as he had not had a chance to leave the key.

After making many inquiries, I finally found out that my husband was being imprisoned in the mental hospital on the order of the public and revolutionary prosecutor of Mashhad, Gholamali Sadeghi. When I demanded his release, the hospital staff told me that they could not do anything unless the prosecutor allowed it. I insisted on needing the garden key, but they refused to give it to me.

Finally, after 12 days, I was able to get a locksmith to open the door to the garden area and to add to my sadness saw the flowers and trees dead from lack of water. Hashem was released after 19 days, due to the support of humanitarian activists in Iran and the international world.

Then, on Aug 11. 2019, Hashem and thirteen more activists, who were also his friends, gathered peacefully in front of the Department of Justice in Mashhad to show their protest against the court decision for their colleague who was sentenced to 13 years imprisonment for criticizing the system.

Hashem was arrested that day, and, since then, it has been more than 70 days that he has been held in Vakilibad prison in Mashhad. He is not allowed to have any visitors or even a phone conversation.

In an interview with the International Campaign for Human Rights in Iran, I expressed concern about his condition. “Two days after Mr. Khastar was transferred from the ward of prisoners of conscience to Ward 5, which is where murderers and other hardened criminals are kept, I went to the Revolutionary Court to find out the reason for his transfer. One of the officials told me that because he wrote letters about the conditions at Vakilabad Prison in Mashhad, he was transferred to another ward so that he could directly experience the other things that happen in this prison. They promised me that they would transfer Mr. Khastar back to the ward of prisoners of conscience, but this has not happened so far.”

I have been outspoken ever since, telling my story and telling the stories of other women who can’t reach the outside world. It feels like I want to explode with anger and say “why would this regime do this?” I wrote an Open letter to the UN Special Rapporteur on Iran, Mr.Javid Rahman, and to all human rights activists in the world. There follows an extract from the letter.

“While on the one hand, the Iran government pretends that there are no political prisoners in Iran, they, on the other hand, prosecute and trial all the demonstrators, protesters, and critics.”

According to Iran regime constitution, the political accused should be trialed in the presence of a jury. However, unfortunately, even after forty years from the Islamic revolution, this constitutional principle does not apply, and there is no judicial definition for political crime and political accused.

Therefore, I ask for all the human rights activists and those who believe in freedom to judge this case:

Hashem was first arrested on 16 September 2009 while taking a walk in a park and was transferred to Vakilabad prison. He was sentenced to six years in prison. An appeals court later reduced the prison sentence of the lower court to two years. He wrote three letters to the Head of the Judiciary regarding the dire and inhumane conditions at Vakilabad Prison and the secret executions taking place there.

“Mr. Khastar says, Ward 5 is very crowded and that he sleeps on the floor. Sixty inmates are kept in a room with 15 beds; so 15 people sleep on beds, eight people sleep on the floor, and the rest sleep in the hallways. With this many inmates, the ward is always noisy and its environment is filthy and full of smoke. There is always a line for its bathroom and showers.”

What can I say? Many inmates in that ward are either on death row or have life sentences, therefore they are stressed out and I don’t know if, God forbid, something should happen to my husband, how the authorities would be accountable.

He was an activist in the 1979 revolution. After the revolution, unlike so many, he did not seek any share from it. Therefore, he applied like an ordinary citizen to work and was hired as a teacher, but he always continued to retain the right to criticize the corrupt system.

For the first six months after the revolution, he assumed that the situation was normal, and continued to put up with it for the first year. However, after he had witnessed all the increasing corruption, he couldn’t stay quiet and not criticize the system.

The Fight For Justice

The Administrative Offenses Investigation Board reprimanded him several times for attending the teachers’ protests after a legal notice prohibiting it. They deducted his salary several times and only one part of eight remained and he was forced into early retirement.

In 2004 he was condemned to three years suspended sentence due to attending a gathering of the teachers union in Rasht in the Gilan province of Iran.

In 2009 he was arrested again for protesting in front of the Ministry of Education and sentenced to two years suspended term.

In 2011, while he was still in prison, he wrote a disclosure letter to the Secretary-General of the United Nations and the international community. The letter exposed the catastrophic health and food conditions in Vakil Abad Prison in Mashhad. For that letter, he got more punishment.

Years after years of legal notices and being summoned to intelligence agencies.

All this summoning, legal notices, being imprisoned, and agony is all due to his fight for justice and criticism of the current situation in Iran.

I ask international human rights organizations and the international community to be a jury for this case and take necessary action.