Last Wednesday, Iran’s supreme leader, Ali Khamenei, spoke to the people of Iran from Qom (150 KM south of Tehran). Clearly showing though his words was his fear about the current fragile and chaotic state of the country.

Nothing frightens Iran’s mullahs more than social unrest. The latest unrest was unleashed by protests which began Dec 2107 inside the country. The endless strikes throughout the country since that time have shaken the government. Such unrest threatens the very existence of Tran’s theocratic ruling regime.

Around the country, Iranian people from all walks of life have been protesting inflation which has lead to high prices, plus ongoing corruption and incompetence. In his Qom speech last Wednesday, Ali Khamenei implicitly expressed his fear of growing PMOI/MEK and Iranian resistance unit influence in the street protests. 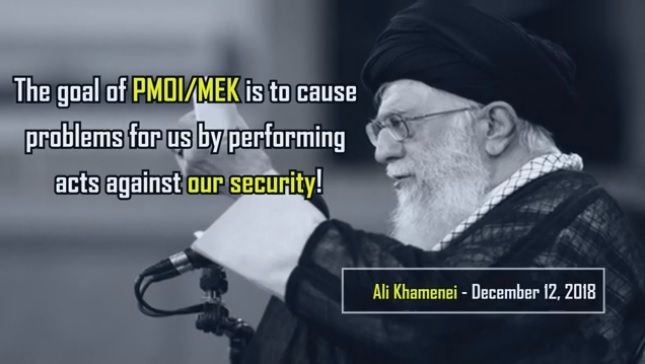 Overcoming official suppression, the Iranian resistance spread news about protests and demonstrations, using social media channels. Ahmad Khatami, one of the members of the presidency council of the Assembly of Experts, said, “The people of Tehran saw eight months of strife. They saw that [MEK] causes strife on every national celebration. On every national and religious celebration, they undermine the security of the people.”

The Iranian authorities use a “matching” response strategy. When they feel fearful, they show it by cultivating fear in others. The less secure they feel, the more they speak out with rhetoric and accuse others.

In his speech in Qom on Wednesday, the Supreme Leader senselessly warned that the U.S. faces “unprecedented” defeat because of sanctions it has placed on Iran under President Trump. Khamenei’s threat against the U.S is just the most recent – there have been many others.

In the past few months, plans had surfaced in the parliament for the impeachment of industry, mines, commerce, transportation, education, and interior ministers.

Fearing even more chaos, Khamenei called off those impeachments. Khamenei’s office issued a letter addressed to Ali Larijani, the Parliament’s Speaker. The letter stated that due to the current complicated conditions of the regime, the impeachment of ministers would not benefit the country. 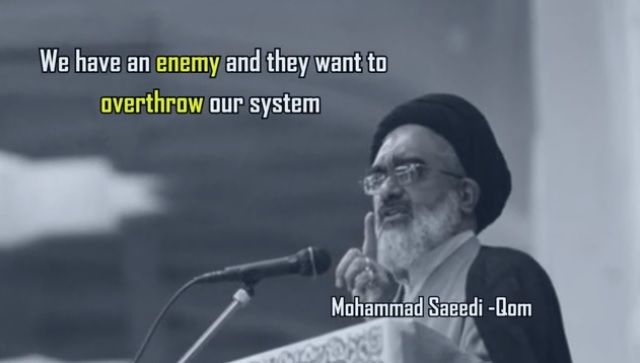 Iran May Run Out of Money To Fund Terror

Jalil Rahimi Jahan Abadi, an Iranian Regime Member of Parliament, warned Iranian authorities about the threat of regime change from within Iran. Abadi confessed to the regime’s dead end in the final phase of its life. He also said that allocating budget to Iran’s interference in other parts of the Middle East will not solve the regime’s problems. He stressed that the threat is in internal, in Tehran’s streets.

“The Soviet Union had 13,000 nuclear warheads when it met its collapse. It had a huge amount of influence over 20 countries, it had the Mir space station, but at the end, it was torn apart in Moscow’s streets and lost all its security and territory,” Abadi said.

Last week, MP Davood Mohammadi expressed anxiety over the regime’s collapse. Seeing the regime surrounded by crises, Mohammadi said, “Our senior officials must understand that the enemy will not give in until we’re toppled.”

The country is suffering from economic crisis

Friday prayer leaders also repeated regime warnings. The supreme leader Ali Khamenei’s representative in Friday prayer of the city of Shahin Shahr warned about the threat of an uprising in Iran and the role of PMOI/MEK. “PMOI/MEK is planning chaos and conspiracy in the country,” he said.

In Kermanshah city in western Iran, the Friday prayer leader talked about the last phase of the regime’s life, “People are thinking our state’s breaths are numbered.” 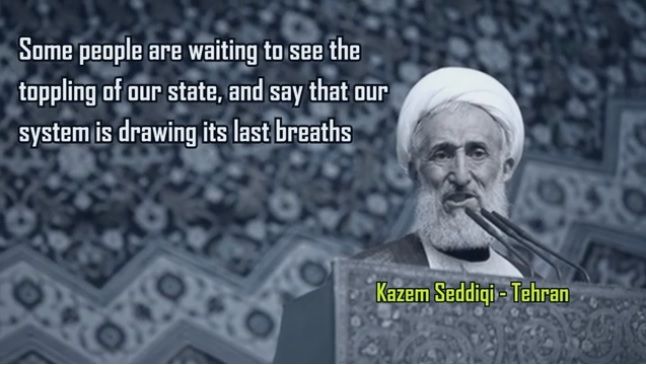 “We joined the Iranian people in calling for freedom and accountability,” Pompeo said. Therefore, “The age of self-inflicted American shame is over, and so are the policies that produced so much needless suffering.” Pompeo was talking about decades of appeasement, including Obama’s actions, which threw a lifeline to the theocratic regime.


The U.S. Secretary of State reiterated that when America partners with enemies such as the mullahs, “they advance.”

Mrs. Maryam Rajavi welcomed the United States’ distancing itself from policies whose first victims have been the Iranian people and the Iranian Resistance.

She once again underscored the fact that gaining access to weapons of mass destruction, violations of human rights, export of fundamentalism, and terrorism are the four pillars of the theocratic regime ruling Iran.

The ultimate solution for getting rid of the mullahs’ religious fascism in Iran, is changing this illegitimate regime at the hands of the Iranian people and Resistance.

The National Council of Resistance of Iran is the only democratic alternative to the terrorist religious dictatorship in Iran. Recognition of this fact is imperative to rectifying and ending the disastrous U.S. policy of appeasement of the past four decades. The clerical regime which holds the world’s record in executions only understands the decisive language of force applied to it.

The European Union on Tuesday imposed new sanctions against Iran for the first time since the failed Joint Comprehensive Plan of Action came into effect. This is a welcome, if belated, acknowledgment that the 2015 nuclear deal failed to change Tehran’s behavior.