Berlin’s Festival of Lights is one of the largest illumination festivals in the world. The Festival plays each year in October, running over twelve days. World-famous landmarks and monuments in Berlin are dressed in spectacular light, and opens with “Faces.”

The faces are not only sight and light, they are also sound, as they speak to the audience, timed with the music

Artists and lighting designers from Germany and throughout the world present their amazing illumination shows, light art and creative designs.

There are many cultural events, each of which explores the theme “Light.” The Festival of Lights is admission-free, and it draws top artists to show off their capabilities to a massive audience in the millions.

The whole festival gains massive exposure, due to the global interest from media organizations. … http://festival-of-lights.de 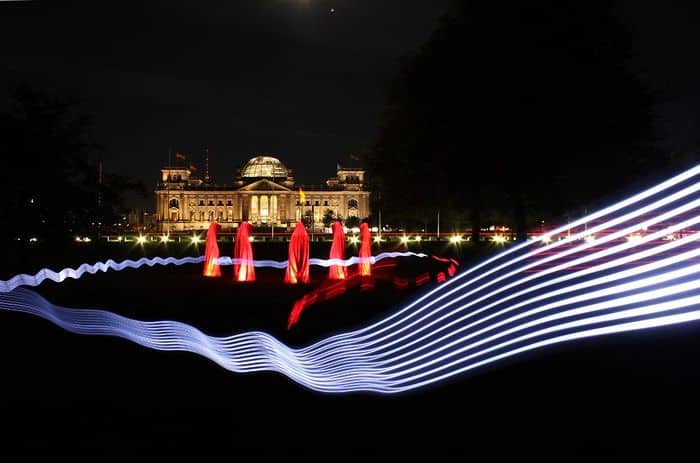 The constant struggle with concepts of space, sculptures and installations as well as the engagement of mysticism and primal religions led Manfred Kielnhofer, the Austrian artist to create “timeguards.” He created the first timeguard in 2007.

Manfred Kielnhofer presents his sculptures at exciting locations. He says of the Time Guards, “They appear and disappear. You can never anticipate where they will show up next time, reminding us that we are never unobserved. Every one of our actions is seen by the guards and evaluated. They were already in existence a long time before humans populated the earth.”

See the amazing Faces in the festival of lights in the video below. 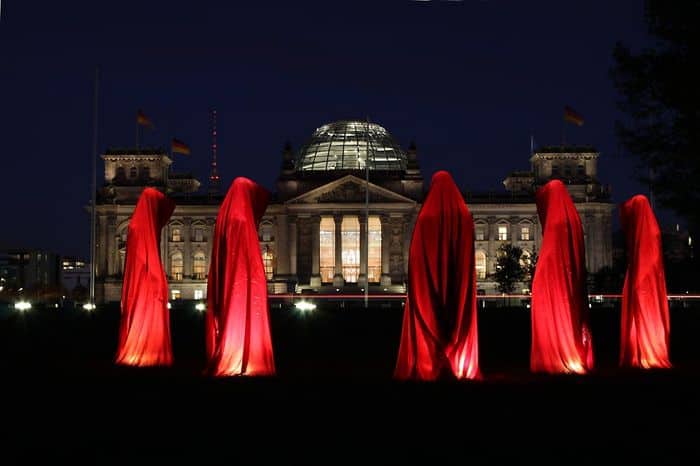 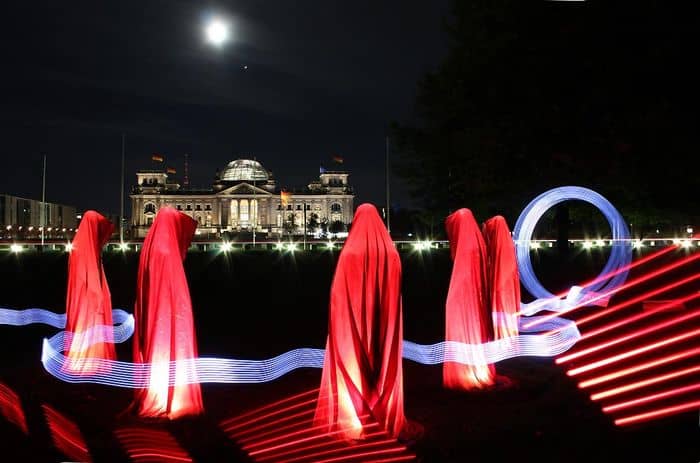