Sexy Venezuelan actress and model Alejandra Gutierrez is making waves of a new sort in the entertainment world these days.

The former Savvy Girl, who has appeared in movies such as Reno 911: Miami and Accepted, has taken on the role of “godmother” to other talents through her extensive connections in the show business establishment.

“I have always loved helping many talents, and they have all helped me in my work as well,” she said. 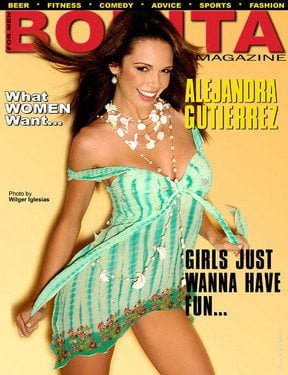 As the first Latin spokesmodel for Playboy, representing more than 18 countries, “AleG” became an international superstar appearing on the covers of newspaper and magazines, as well as performing in movies and TV shows such as “Nip/Tuck.”

She was on the cover and had a centerfold as Playmate of the Month in October 2001. She then served as a spokesperson for Playboy Espanol and DirectTV Latin America. It was a bit different from being an American Playmate. “I never had my picture made with Hugh Hefner at the mansion,” she said.

She may not have a scrapbook full of pictures cozying up to Hef, but her list of friends is a virtual “who’s who” of the Latin entertainment world, and now she’s working from Italy and making things happen in the European market with her company Ale G Management LLC.

She said she began networking with fellow stars about five years ago.

Among the talents she represents today are:

And the list goes on and on, constantly growing, especially when it comes to South American and Hispanic US talents. Odds are good that if you come across a Latin bombshell, AleG probably knows her well.

“I was working in Los Angeles for two years on American shows, which gave me the opportunity to find great talents to work with internationally working along with the managers of famous American stars,” AleG said. “I’ve worked with great Latin artists such as Ricky Martin and Eva Longoria.”

In addition to her mainstream TV and film roles, AleG was also featured as herself in the documentary about talents pursuing the Hollywood dream called “The Hollywood Dream.” In the documentary, we see her endure a photo shoot where there is pressure to show more skin while she longs to do more than show off her bare body – a situation many young talents face every day in Tinseltown. Actor Burt Reynolds is also in the documentary.

She is big on hosting also, formerly reaching millions of viewers on a Mexican music show “Que Buena TV” and she had a six-episode reality show on Bravo network in 2004 that was based on “Nip/Tuck” and showed her going out with a very famous plastic surgeon from Miami.

This hottie entrepreneur has also had her own line of lingerie called “Ale-G.”

She is among the cast of the new film Granpa, a story of family values.

“All of the Latin stars are doing this, even the real famous soccer player is there,” she said. “The movie to help kids in Panama will come out this year. It’s going to make history because all of the biggest stars of Hispanic TV are getting together. It will include singer El Abuelo, Don Francisco from “Sabado Gigante,” Charitin from Escandalo TV, soccer star Diego Armando Maradona, Fernado Arao from “Despierta America,” and Ruben Blades, the movie star.”

AleG, who lives in Italy now, said she continues to get modeling offers, but she responds, “I am a business woman. I get many offers all the time, but I am real busy with my company now and my wedding on June 28. I like to be behind the scenes. I produce music shows internationally. Flying to so many countries for Playboy really opened doors for me to become a businesswoman.”

What She Has Done

Has acted in TV commercials for Visa, McDonald’s, BellSouth, Chevrolet, and AT&T.

You have to admire someone who is this beautiful, this smart, this business-savvy. She is a woman who has used her looks to showcase her charm and gain a worldwide fan base. Frankly, if we were this hot, we wouldn’t be so motivated to create a media empire – we’d spend too much time staring at ourselves in the mirror!

“Eva Longoria and I did a movie together called Carlita’s Secret. It was great working with her for about a month, but the movie just wasn’t promoted. I’m sure Eva has the same feelings on it. But she’s a very easygoing person. A lot of people say we look alike a little bit.”

“I’m not stereotyped as this sexy person. Being sexy is not about what you wear or behaving a certain way. It’s about feelings, lifestyle, everything in your eyes. If people see me as sexy, I’m fine with that. I’m just a normal Latin person who has good qualities. I consider myself a very simple person, not a sex symbol.”

“My dream right now is to get married and have a family. I want to enjoy every part of my life with someone I love. Traveling around so much, I have come to appreciate family.” 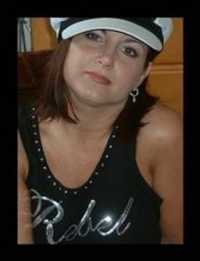