NewsBlaze News
Home World Europe Lorry Driver will be released in just over a year for killing...

Paulo Jorge Nogueira da Silva was sentenced to 3 years in prison after being found guilty of careless driving, which resulted in the death of David Statham and his wife Michelle, along with their 4 children: Jay (9), Reece (13), Ellouise (10 weeks) and Mason (20 months).

Careless driving carries a maximum sentence of 5 years, but even though the judge said “This was one of the most serious offences of its kind” went on to give Da Silva just 3 years. However, he will serve half his sentence before being allowed out on licence, but because of time already spent in custody, will be free in one year and 26 days from now. 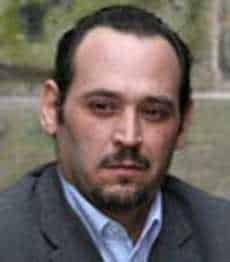 It is no surprise that the relatives of those killed are outraged at the courts decision, and whilst Da Silva did not kill the family intentionally, it is hard to understand why the maximum sentence was not imposed.

Road safety campaigners Brake were also confused by the sentence and said .” what has to happen for someone to be sentenced to the maximum five years.”

The jury considered Da Silva not guilty of the more serious charge of causing death by dangerous driving, which has a maximum 14 year jail term.

This is not the first time judge Stephen Irwin has made a controversial decision. Just last month he was criticised over his sentences for those who aided Rhys Jones’ murderer. James Yates (21), who supplied the gun and helped killer Sean Mercer, was given only 7 years, Nathan Quinn (18), got 2 years for helping Mercer and David Kelly (17) was jailed for 4 years.

The three cheered as they were taken to the cells. Rhys Jones’ parents were said to be “disgusted” with the sentence given to Yates.

As a newcomer to Birmingham (having been out of the country for some years) I was shocked to see all the security cameras and the endless no smoking signs everywhere (not to mention the large fine for those who break these rules). Yet when six members of a family are killed all at once, the penalty is not that much worse than dropping a cigarette in the street!

What on earth has happened to this country and how did the public allow this to happen?

I would very much like to hear comments from those living in the Birmingham area, as I am curious to know what people are doing about this. Has anyone asked the judge to resign, or at least questioned his decision? Does anyone question the authorities anymore? What exactly is the purpose of all those cameras? Please register and share your views.