Iran’s women, the victims and bane of Islamic fundamentalism

Developments in Iran’s politics normally attract much of our attention, violations of human rights with mistreatment of women on top of them. Similarities, of course, may exist in other places where fundamentalism is the soaring problem.

Acid attacks against women, by government-backed Basij forces in Iran, illustrate the deep roots of misogyny in that country. Iranian women, deprived of their rights, showed their anger by forming protests around Iran. The Mullahs in Iran now encounter a new outraged force. 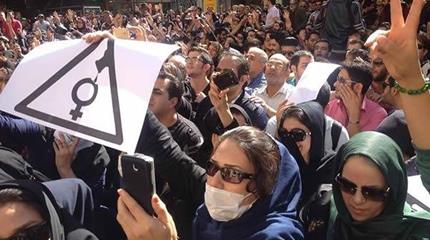 An Iranian photojournalist was detained in Tehran on Friday, October 24th two days after his photos of Iranian protesters, against acid attacks on women, were published by news organizations around the world. News also came out that more than 50 protesters were arrested in the central city of Isfahan and were taken to some unidentified location. Another gathering of demonstrators on October 22nd, in the northern city of Mashhad, was also crushed by security forces. 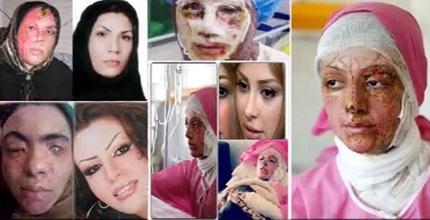 Meanwhile Business Times reported, Morteza Mir Bagheri, deputy to Iran’s interior minister as saying, “Acid attacks in different cities of Iran are not related and there is no need to worry.” Amin Zadeh, a deputy to Iran’s president Hassan Rouhani claimed that, “acid attacks were some kind of subjective matter which has nothing to do with recent measures.” She meant the recent talks in parliament calling for tougher actions against women who do not obey the regime’s dress code.

After more than 25 reported cases of acid attacks on women and young girls in Iran, protestors gathered in cities such as Isfahan, Tehran and Kermanshah. Demonstrators, who also included many women, agitated against the lack of security. They yelled slogans against the government-backed “Basij” forces which they blamed were responsible for acid attacks. They showed their anger by asserting that the “Basij” is worse than “ISIS.” The demonstration was attacked by the police forces that used clubs to disperse the crowd. The attacks and arrests of demonstrators come along the dubious point that nobody has yet been arrested for acid attacks, although those caught, on the scene, by the people were turned over to the state forces. These simultaneous systematic attacks shed light on the fact that the support for attacks, from within the government, is inevitable.

A close aide to Iranian regime president Rouhani tries to minimize the case claiming that the acid attacks are related to some personal matters, or even could be committed by some individual headstrong Basiji.

Just a few hours before the demonstrations, on the dawn of October 25th, the Iranian regime hanged a woman prisoner, Reyhaneh Jabbari.

26-year-old Reyhaneh was arrested when she was 19 and was kept in prison since then. She killed, in self-defense, a man who tried to rape her. She was unfortunate as her attacker was an intelligence agent of the Iranian regime. That was the reason she was continuously beaten up in jail and was finally sentenced to death.

This is the fate of women in Iran. A country ruled by the most savage fundamentalists that raising gallows has become a routine habit in their internal policy. Dr. Ahmed Shaheed, the UN Special Rapporteur for Human Rights in Iran, asserted that, “Reyhane Jabbari’s conviction was allegedly based on confessions made while under threat, and the court failed to take into account all evidence into its judgment. Actions like these do not help Iran build confidence or trust with the international community. I urge Iran to put a moratorium on all executions.”

While the inhabitants of the Syrian city of Kobani have just tasted the savagery of terrorist attacks by ISIS, Iranian women have long been engaging against state-run misogyny.

Are attacks on women some sporadic events for which we only need to criticize the Iranian regime? If so, what has exasperated the Iranian population? The answer can be found in the slogans shouted by those Iranians who dared to pour into the streets: “You who spatter acid on us, you are worse than ISIS.” Attacks on women, with or without acid, are the soul of Iranian regime’s beliefs and fundamentalist ideology. Khamenei’s Friday Prayer leaders, recently, in a series of orchestrated speeches, provoked their zealot forces to get tougher against “unveiled women.” Iranian women are frequently stopped by regime’s agents for wearing make-up, or for not abiding by the regime’s dress code. Iran’s civil laws, or even constitution, contain articles which brand women as second hand citizens.

Iranian regime’s execution of Reyhaneh Jabbari was, in part, to intimidate and dissuade Iranians to participate in the demonstration which was called to protest the acid attacks on women. Governor of the Iranian province of Isfahan expressed his fear of the recent gatherings, saying that “These actions remind us of the events of 2009.” In June 2009, Iranian people rose against this regime in a bid to bring about a democratic government in their country.

The agony of being enchained in the 35 year old repression by Mullahs has made Iranian population longing for a change in the system. The situation was very different should the suppressive guards, prisons, torture and finally the gallows not exist. The fight between the Iranian people and Mullahs regime as the “ISIS’s godfather” goes on, a long fight in which Mullahs have not neglected any move against Iranian women. Iranian regime new unprecedented savagery of “acid attacks” displays their prostration toward Iranian women’s progressing movements.