Deputy Assistant Secretary Joe Yun for Bureau of East Asian and Pacific Affairs today reported that the incidence of forced labor and sex trafficking is higher in the Asia-Pacific region than anywhere else in the world.

In his statement before the House Foreign Affairs Committee, Mr. Yun stressed that the scourge of human trafficking and modern slavery reaches into every corner of the globe, but perhaps nowhere more so than in East Asia and the Pacific.

“And according to the United Nations Office on Drugs and Crime (UNODC), victims from Asia are trafficked to the widest range of destinations around the globe. In addition to being trafficked overseas, many victims are trafficked within their own countries. In fact, the UNODC reports that most trafficking is national (not international) and is carried out by traffickers whose nationality is the same as their victims’ and within national borders.” -Mr. Yun

“Sex trafficking can also be the result of debt bondage, where women and girls are forced to stay in prostitution until they are able to pay off the unlawful debts they have supposedly incurred through their transportation or recruitment.” -Mr. Yun

He cited that the ILO estimates that 79 percent of identified trafficking victims are women or girls. In most countries in the Asia-Pacific region, the trafficking of women and children for sex is a widely recognized problem, and the laws and regulations are targeted to these particular groups of victims.

He stressed that it is important for countries in the Asia-Pacific region to not only continue to fight the already widely-recognized problem of sex trafficking, but also to identify other forms of trafficking and ensure that there are laws in place to combat them.

He pointed out that countries should strive to prevent all form of trafficking, punish the traffickers, and protect the victims. 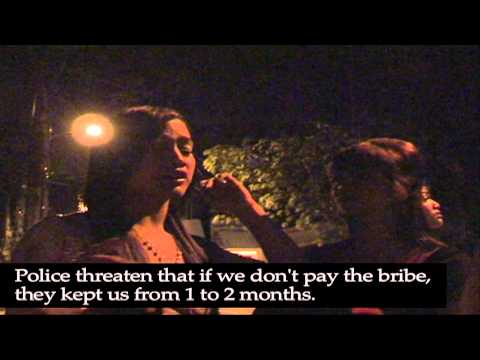